A Bit Of Group glory was a Smart move 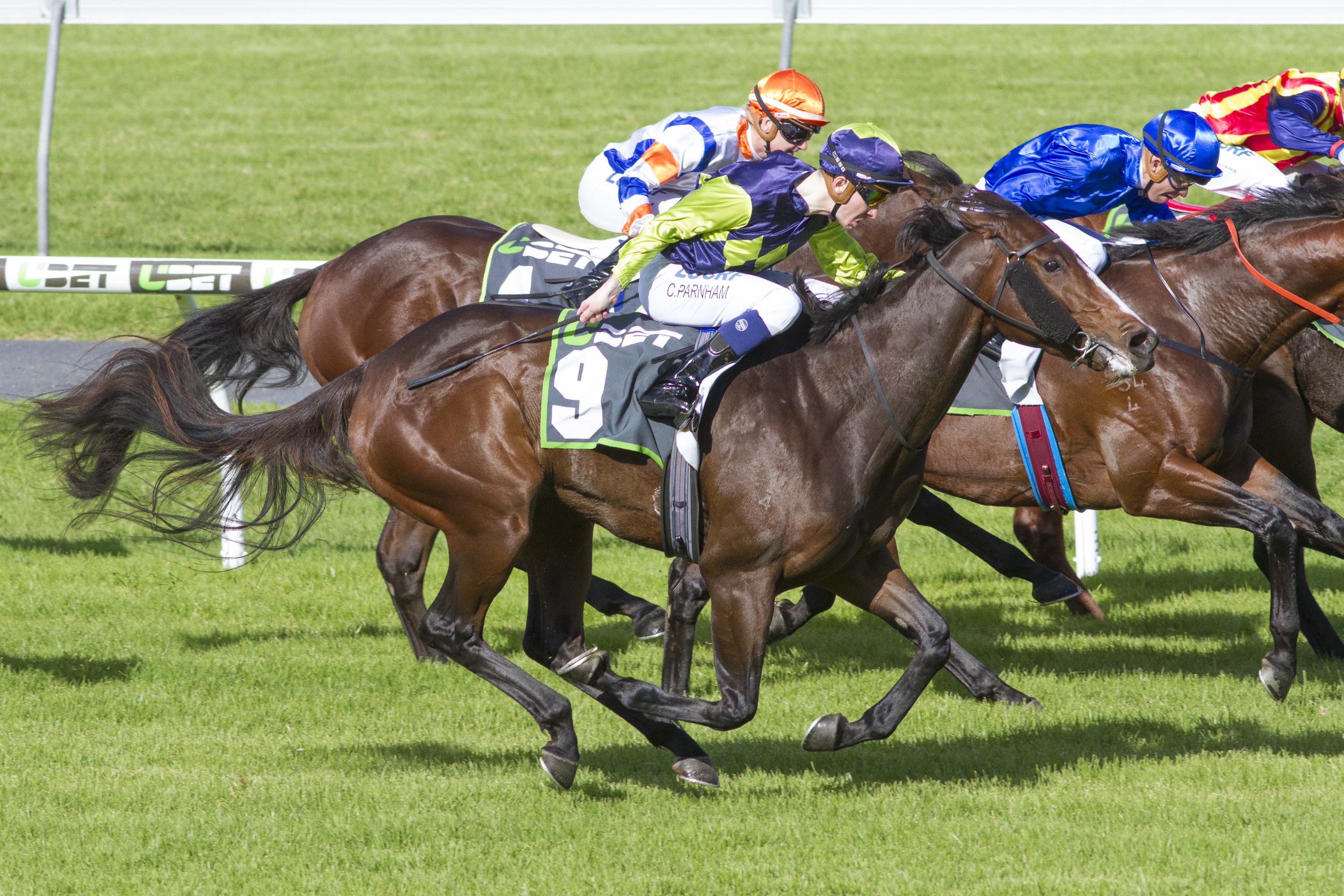 I’ll Have A Bit wins the Euclase Stakes (Atkins Photography)

It’s probably fair to say that very few had a bit of I’ll Have A Bit in Saturday’s Group Two UBET Euclase Stakes over 1200m at Morphettville.

The John McArdle trained 3YO was sent out a $151 pick for the race and it doesn’t appear too many bookies were out searching for a second mortgage after the race.

However, based on I’ll Have A Bit’s rocket-like finish against such a top-quality field, it’s questionable as to whether those odds will ever be offered about her again.

I’ll Have A Bit, admittedly, had been winless since scoring convincingly in the Group Three National Stakes over the same journey on 20 May last year, when beating subsequent Group Two winner, Booker.

However, she did finish a three-quarter length second in the Group Two Moonee Valley Classic last spring and, second up on 21 April, ran a solid fifth in the Listed Redelva Stakes.

One of five stakes winners for promising Fastnet Rock stallion, Smart Missile, I’ll Have A Bit is from a multiple city winning daughter of Group Two Sunline Stakes winner, Tickle My and was bred in Victoria by Ken and Jenny Breese.

One of three Breese homebreds offered through the Basinghall Farm draft at the 2016 Inglis Melbourne VOBIS Gold Yearling Sale, I’ll Have A Bit was eventually knocked down to McArdle’s Redgum Racing for $48,000.

In one of those twists of fate, Breese would have been quite content to keep I’ll Have A Bit to race for himself, but was overseas at the time and, through a miscommunication, ended up selling the filly.

“C’est la vie. It would have been nice to race another Group winner, but good luck to John (McArdle) who also purchased the Foxwedge half-brother in Tasmania,” Ken Breese points out.

Breese, who first got involved in thoroughbreds in the 1980s and raced Flemington stakes winner Rich Habit, has scaled back his broodmare band to around eight mares, half with Basinghall in Victoria and the remainder in Tasmania with Armidale Stud.

“I’ll Have A Bit’s dam Take All Of Me has a lovely Toronado weanling and was sent back to Smart Missile last spring,” Breese adds.

I’ll Have A Bit’s victory was also welcome news for Olly Tait who only recently secured Smart Missile for stud duties at his ‘new’ Twin Hills Farm in NSW.

Once home to Mike Willesee’s TransMedia racing and breeding band, Tait’s Cootamundra property would subsequently play a vital role in the literal growth of the Woodlands and Darley empires.

Indeed, Tait has had a long association with the property as he spent 15 years with Darley and was largely responsible for establishing its brand in Australia.

Himself hailing from one of the most successful racing families in Australia, Tait – along with his wife Amber – acquired Twin Hills just on a year ago and they’ve hit the ground running.

“We struck an arrangement with Smart Missile’s breeder and owner, Gooree Stud, just a few weeks ago and it’s been timely to say the least,” Tait enthused.

“Four of Smart Missile’s five stakes winners have won black type at two and, like I’ll Have A Bit, are training on at three and four.

“That was a top-quality field in the Euclase on Saturday … Viridine was third in the (Group One) The Galaxy, Nature Strip has won four from six with two seconds, She’s So High is a very good filly … I’ll Have A Bit did well to beat them home.

“Apart from I’ll Have A Bit, Smart Missile had three other winners on Saturday and another winner on Sunday which is great news heading into the season.”