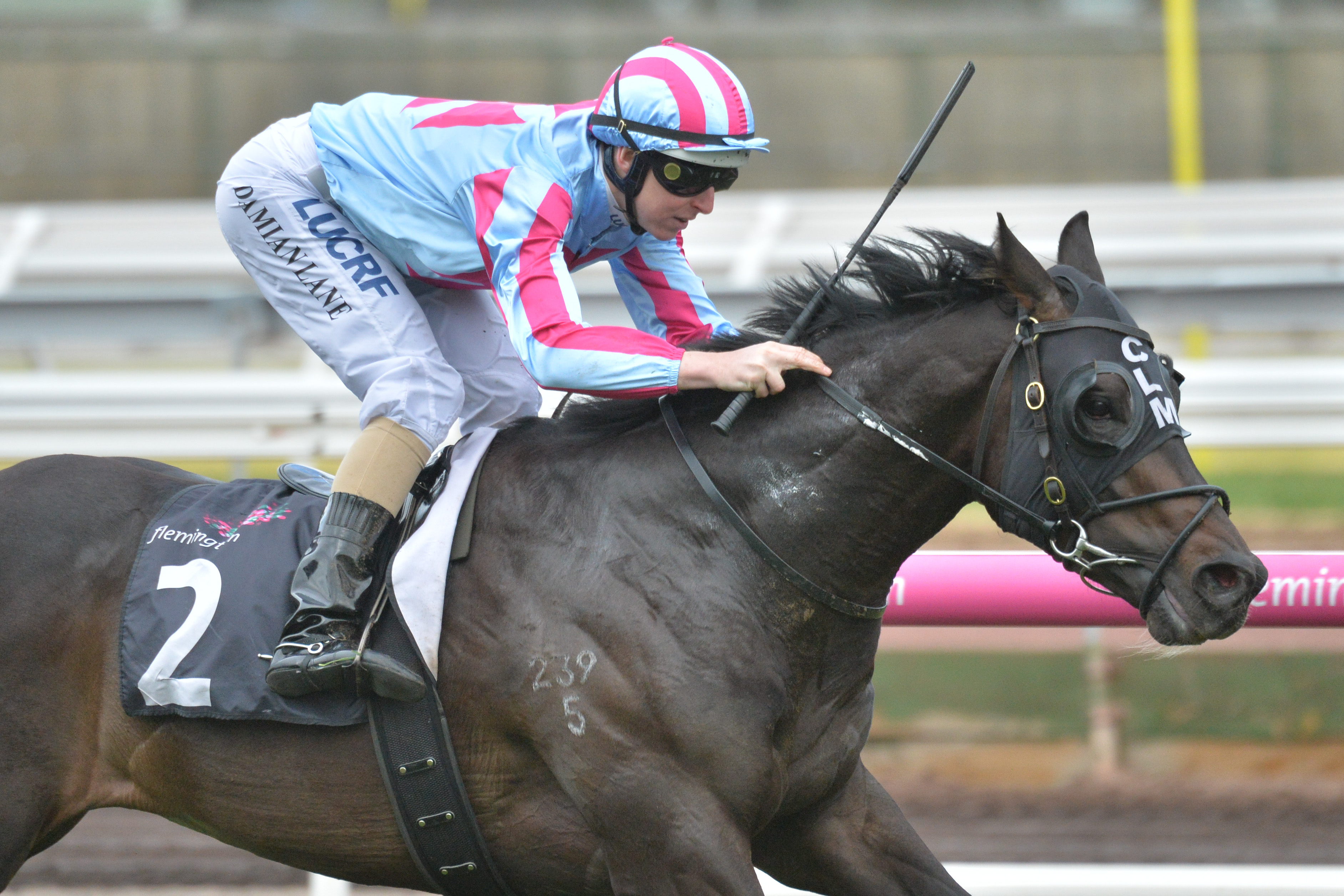 The sadly departed Sadler’s Wells stallion, High Chaparral, has produced two Victoria Derby winners in Monaco Consul (2009) and Ace High (2017) and could well pick up a third after Visao’s flashy display at Flemington on Saturday.

Racing in the 1800m Byerley Handicap, the Ciaron Maher trained 2YO won comfortably after sitting just off the pace turning for home, only to tighten the screws and forge clear over the final 200m.

Encouragingly – certainly in terms of Victoria Derby aspirations – it appears there was still plenty left in the tank as he crossed the line.

Now in its second year and designed to foster the staying-bred juvenile, the Byerley provides the winner with ballot exemption to the Derby and Visao’s many owners provided a dress rehearsal as to what we can expect if the colt is successful come November.

Part-owners, Todd and Sue Lichti, weren’t among the ecstatic throng at Flemington, but watched the race on TV and consider their investment well-judged.

“We used to go up to the Gold Coast Magic Millions for a bit of a holiday and a few years back we bought into a Sepoy colt that Ciaron purchased,” Todd recalls. “He turned out alright so I was happy enough to take a share in the High Chaparral colt … he only cost Ciaron $50,000 on the Gold Coast last year so it was hardly a huge outlay.”

Lichti is quick to point out that Visao has come a long way in a short time: “It’s amazing how good it all sounds when they start winning, but Visao had trialed poorly in May and only ran 7th of 12 on debut at Pakenham and I was having doubts as to just how good he would turn out to be. But he then won very well at Mildura a couple of weeks ago followed by his win at Flemington and, what’s more, the stable appears to have plenty of faith in the horse.”

The Lichtis, who run a wine distribution business in Melbourne, “breed a few and race a few” but have enjoyed quite a deal of success in recent years despite the relatively small numbers: they bred and sold Group Two Challenge Stakes winner, Villa Verde (subsequently purchased for $1.1 million as a broodmare) and Pure Elation (Group Two winner), bred multiple city winner Wise Hero and bred/part-own last month’s 6-length Moonee Valley winner, Miss Leonidas.

A former professional basketballer for both the NBA (North America) and NBL (Australia), Todd Lichti grew up in California and was enticed to come to Australia by good mate and school friend, Andrew Vlahov. It was during his time with the Perth Wildcats that Lichti met his future wife, Sue, and after a relatively brief stint back in America, the pair decided they wanted to raise their children in Australia and shifted down under in the early 2000s.

“I had no real interest in horses before moving to Australia, but it’s hard to avoid it here … especially in Melbourne,” Lichti says with a laugh. “You go out for a coffee and either someone you’ve met or a friend of a friend has a racehorse and after a while you begin to wonder what you’re missing out on!”

Ciaron Maher’s Racing Manager, David Eustace, revealed that Visao would now be tipped out for a short break before being set on his Derby path.

“We can dare to dream,” Eustace points out. “Visao doesn’t necessarily look like he’s got loads of scope but for a small horse he’s got a good action. He’s putting on weight in the right areas and he’s actually quite mature.”

As for the horse’s name, Lichti admits it was one he proferred to the stable: “Visao is out of Villa Moura (a city winning Encosta de Lago mare) and Vilamoura is a resort in Portugal renowned for its spectacular views.

“Visao is Portuguese for ‘beautiful view’.”

Based on the authority of Saturday’s victory, the outlook for Visao is pretty spectacular too.