Abbey Marie – It’s All In The Family 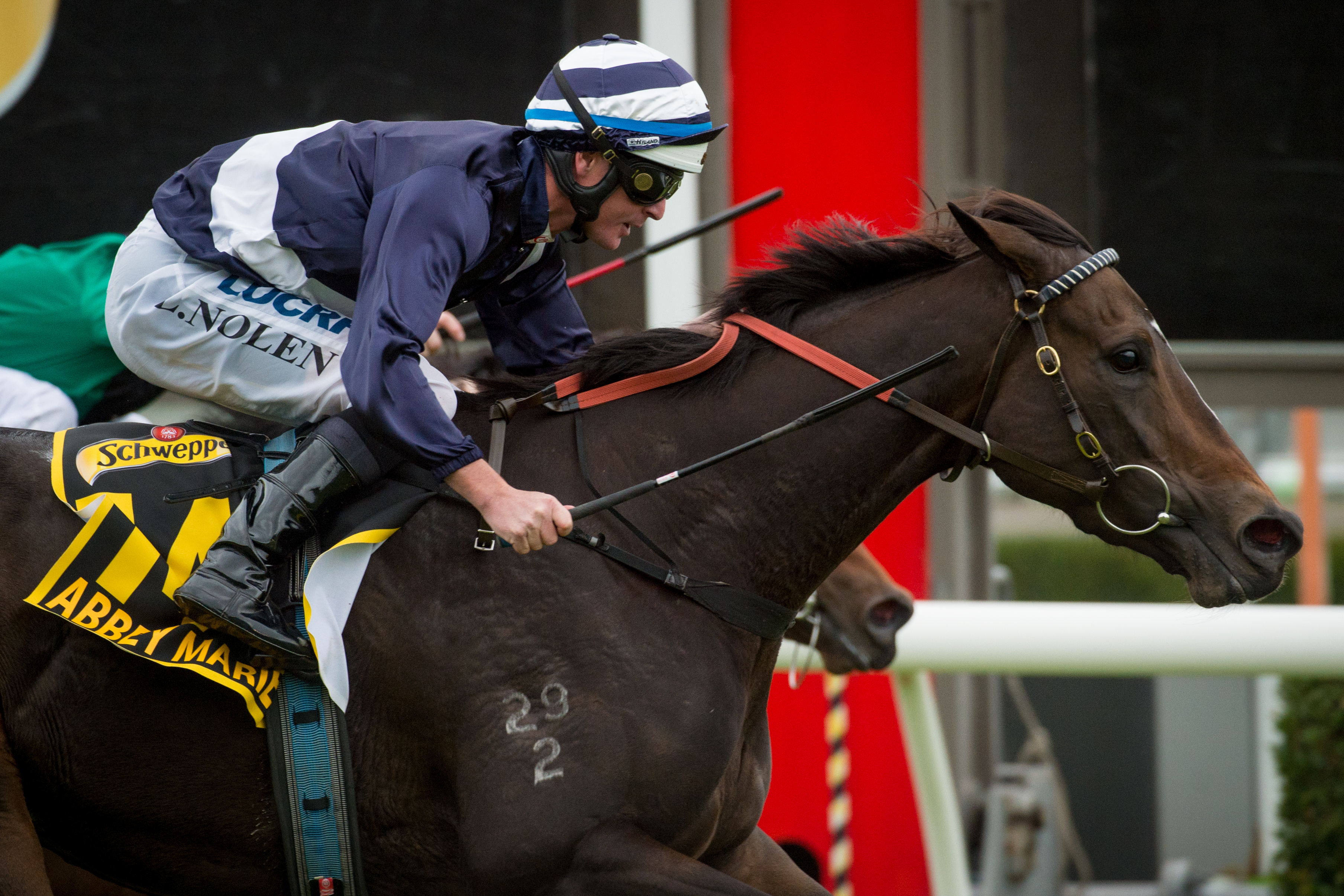 After all, it was only Abbey Marie’s third career outing, and a Group One over 2000m at that.

As a part-owner, it’s reasonable to expect that Anastasiou could be caught up in the moment, but this is not his first trip down the Group One aisle and he firmly believes Abbey Marie is really something special.

“I’ve been involved in racehorse ownership for 27 years and fortunate enough to have quite a bit of success along the way,” Anastasiou explains. “The Australasian Oaks has certainly been good to me with Rinky Dinky winning in 2004 while Ipioga was third in 2010.

“What’s more, I’m trying to work out who was the last horse – unbeaten and having only her third start – to win a Group One over a mile and a quarter or further?”

Unique or not, Abbey Marie is clearly a filly of outstanding ability, particularly given that she only raced for the first time at the end of March.

Abbey Marie also continues the noteworthy partnership between Anastasiou and Ken Biddick, who met around eight years ago through the purchase of a property and discovered a mutual interest in thoroughbreds.

Since then, the pair have raced several top notch performers including Moonovermanhattan, Unchain My Heart and this year’s Phar Lap Stakes winner Hattori Hanzo, the latter in partnership with Gilgai Farm’s Rick Jamieson, who as it turns out, raced Abbey Marie’s full sister, the Group One AJC Oaks winner and Australasian Oaks runnerup, Absolutely.

The common thread for much of that success is Irish Bloodstock Agent, Dermot Farrington,

And keeping it somewhat in the family is Absolutely and Hattori Hanzo’s trainer, Mick Kent, who said after the Australasian Oaks that Abbey Marie would now be tipped out and brought back for the spring, with the Group One Myer Classic on the agenda.

Abbey Marie became the 29th Group One winner for Champion Sire, Redoute’s Choice (132 stakes winners) and both she and her sister, Absolutely, are out of the Catrail mare, Catshaan, in turn a half sister to the Australian-bred, Champion Japanese sprinter, Kinshasa No Kiseki.

Catshaan was purchased by Rosemont Stud for $160,000 from the Teeley Assets Dispersal at the 2014 Magic Millions National Broodmare Sale, in foal to Manhattan Rain. The subsequent colt was sold at this year’s Australian Easter Yearling Sale (to Gai Waterhouse and Julian Blaxland) for $150,000, while Catshaan also has a weanling full brother to Abbey Marie and Absolutely and was bred to Zoustar last spring.

Hoofnote: Rinky Dink’s sire Distorted Humor was brought to Australia by Anastasiou for the 1999 and 2000 covering seasons. And while he produced a number of stakes winners from those two crops, Distorted Humor would later become one of North America’s leading stallions, siring Kentucky Derby/Preakness winner, Funny Cide and Breeders’ Cup Classic winner, Drosselmeyer, among of host of Group One stars.