New Kid On The Block Has Plenty Of Ability 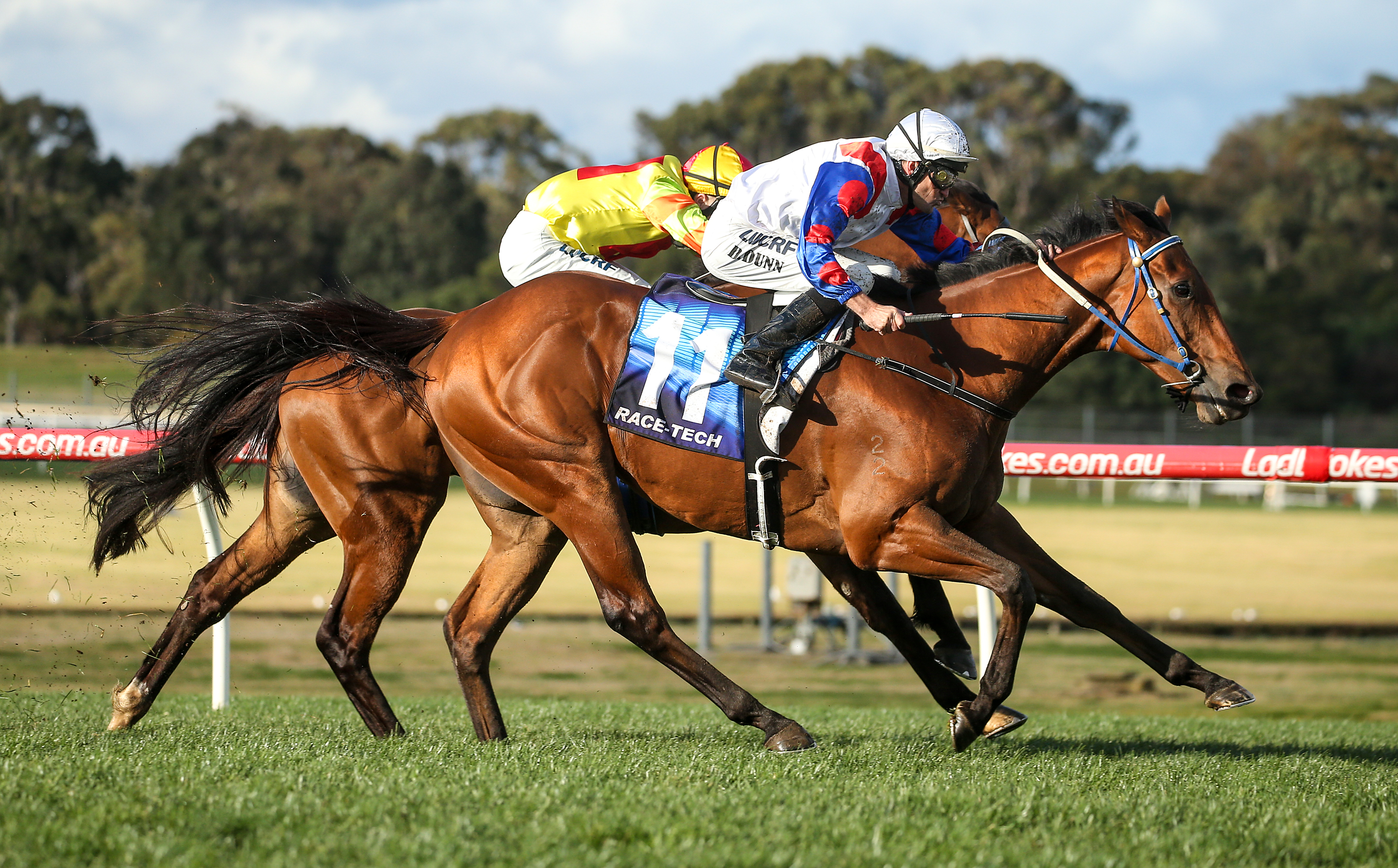 For the briefest of moments at Caulfield on Sunday, it appeared as if 2013/14 Horse of the Year and one-time fastest sprinter on the planet, Lankan Rupee, might run away with the Group Three Bletchingly Stakes.

The returning warrior was a $4.40 favourite and in front with 100m to go, but the “new kid on the block”, Ability, showed he is well worthy of the moniker by swooping from last to first and winning by a neck.

Trained by Robert Smerdon and ridden deftly by veteran hoop, Dwayne Dunn, Ability has now won four on end: a reversal of fortunes which has largely been put down to a decision to geld the 5YO son of Reward For Effort.

Raced by the family of the late and very popular, Phil Sly, Ability’s Bletchingly Stakes was the biggest win of his career which now reads seven wins and four placing from 16 starts for $368,250 in prizemoney.

Ability’s most recent success was the Listed All Victorian Sprint Final last month and, according to Dunn, the galloper is a force to be reckoned with in the spring.

“He’s the new kid on the block and went into the race with good fitness, which he needed on a track like this (Heavy 8),” Dunn points out. “We’ve always had a big opinion of the horse and the gelding operation had to be done unfortunately, but it’s turned him into a racehorse instead of a horse that was never going to live up to his potential.

“These are the same sort of horses (Bletchingly rivals) that are going to be around for the next month or so and he could easily stretch his winning sequence into the spring.”

Peter Moody became a household name for his prowess as a trainer, but takes a bow on this occasion as Ability’s breeder, sending his Dubai Destination mare, Paeroa to the Chatswood Stud based, Reward For Effort, who has also produced Group winners Brugal Reward, Gold Symphony and Take Pride and stands this season at a fee of $16,500.

A half sister to the Group Two Matriarch Stakes winner, Well Rounded, Paeroa’s only foal to race at this stage is Ability, who was sold to Matchem Racing, from the Yallambee Stud draft, for $150,000 at the 2014 Inglis Melbourne Premier Yearling Sale.

Christie Woodard, who ran Yallambee Stud (now Spendthrift Australia) with husband Rick, for over 30 years, well remembers Ability and is not surprised as to his continued rise.

“Pete (Moody) had a few mares on farm and Paeroa was a very tough gal and had produced a very nice foal in Ability. ‘Moods’ made the decision to send her to Reward For Effort and clearly pulled the right rein there.”

Now managing the YuLong Investments property at Bayles in Victoria, Woodard adds that Ability was destined to be popular at the Inglis Premier: “He (Ability) came together well as a foal and then all the way through his yearling prep and I guess that showed in the price he brought. He really had the right nature from day one and, as it turns out, he was worth every penny.”

After Ability, Paeroa produced a Sebring filly (an unraced 3YO colt with Henry Dwyer called April Sun In Cuba) but was later sold at the 2016 Magic Millions National Broodmare Sale to Hancox Bloodstock, on behalf of the Esplin family, for $70,000.

“We targeted Paeroa at last year’s sale because we bred and raced her half sister, Well Rounded,” Hamish Esplin explained to ANZ Bloodstock News. “We like Dubai Destination too as he’s the broodmare sire of our recent stakes winner, Slightly Sweet.”

(Esplin has confirmed that the 6YO mare, Slightly Sweet, who was profiled in the 17 July edition of Aushorse’s weekly newsletter, will race on for another season with trainer Jason Coyle).

In terms of the Helmet three quarter brother to Ability, Esplin revealed that the colt would be offered at a major 2018 sale, adding: “I saw him the other day and he is in much the same mould as Ability: a big, strong colt and I said to Peter (Moody) that I would sell it back to him for $200,000 … he didn’t find that funny at all!”