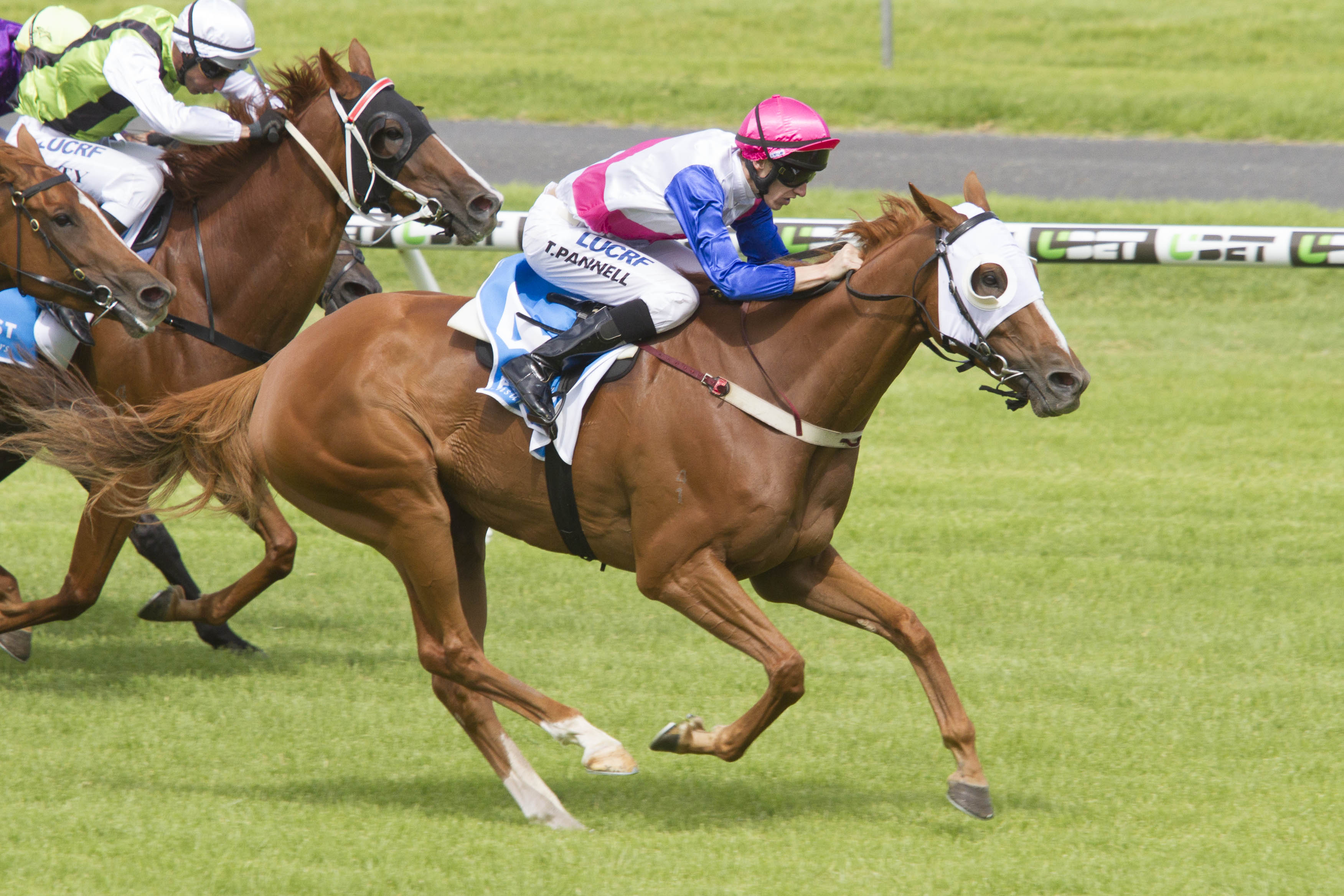 Ken and Helen Smith have bred and raced “quite a few” stakes winners over the years but reckon it’s ‘time’ they won another Adelaide Cup.

It was just on 12 years ago that their grand stayer, Exalted Time (8 wins and 16 placings from 69 starts) captured the Cup and, based on the performance of Exalted Lightning in Saturday’s Listed Holdfast Insurance Birthday Cup over 2035m at Morphettville, lightning may well strike twice.

Bred and raced by the Smiths and trained by Grant Young at Murray Bridge, Exalted Lightning showed all the hallmarks of running out the Cup trip (3200m), by producing a withering burst over the final stages of the Birthday Cup to score with nearly two panels to spare. It was some win.

The 6YO chestnut by Blevic is now likely to start in the Group Three Lord Reims Stakes over 2600m at Morphettville on 3 March before lining up for the Cup nine days later.

It was a path followed, and executed to perfection, by Exalted Time in 2006.

Fast forward to 2018 and, by winning his first stakes race in the Birthday, Exalted Lightning does indeed join exalted company.

But wait, there’s more. In just the first two dams there are no less than 23 ‘Exalteds’ appearing on the pedigree page – all bred and raced by the Smiths.

“Exalted Lightning’s granddam, Alleged Lady, was purchased at the Adelaide yearling sales in the late 80s and was placed with Colin Hayes where she won the Group Three Auraria Stakes and three other races,” Ken Smith explains. “I eventually bought out the other shareholders when she retired from the track and she’s been a wonderful broodmare. She’s rising 32 and living out her days in peaceful retirement at Narrung.”

One of South Australia’s most famous stud farms, Narrung Stud was purchased 11 years ago by the Smiths and is spread over some 2000 acres, hosting a flourishing pre-training complex, numerous mares, spellers, foals and yearlings, plus 300 angus beef cattle.

“I’ve been involved in dairy farming and a number of other businesses over the years and began racing horses with Helen and my father in the 1970s,” Smith reveals. “My father always loved to go to Narrung when it was owned by the Brown family and managed by Les Irwin.

“Anyway, it had changed ownership several times since the Browns had it and was fairly run down by the time we bought it, but there’s been quite a bit of money spent on the place since then and it’s looking in great order.”

Both in their 70s, the Smiths are showing no signs of slowing down.

“We breed around half a dozen foals every year and we only race what we breed,” Smith adds. “The operation actually makes money so we must be doing something right. We really love our horses: love breeding them and love racing them and, I’m pleased to say, we’ve got quite a few promising types on their way through.

“The horses and the cattle keep us on the run and we also own a third of Golden North Ice Cream which, let me tell you, is the best ice cream you’ll ever taste.”

Probably taste even better if they scoop the Adelaide Cup!

As for Grant Young, he’ll be hoping he can go one better after running a head second with Tunes in the 2016 Adelaide Cup.

(One of racing’s great campaigners, the 9YO, Tunes, has raced on 102 occasions – most recently finishing second over 2400m at Morphettville on 10 February – for 11 wins and 29 placings).

In fact, it was around the time of Tunes’ bold showing in the Adelaide Cup when Young had noticed Exalted Lightning – who was racing with another stable – capture his maiden over 1600m at Strathalbyn.

“I mentioned to Ken (Smith) that Exalted Lightning had plenty of ability and could be a genuine Adelaide Cup contender for him,” Young points out. “We’ll know in a few weeks if I was right.”

The Smiths moved Exalted Lightning to Young last spring who, by that time, had a record of four wins and seven placings from 34 outings. Seems the tree change has worked wonders though: aside from Saturday’s breakthrough stakes victory, the horse has notched up five wins from 11 outings with Young, including four victories and three seconds from his last seven.

“I’m only minutes from Murray Bridge racecourse but do most of my work at home on a 300 metre sand track,” adds Young who, back in the day, was a leading jumps jockey. “He’s a terrific horse to work with … I reckon I’ve only had to gallop him about five times on the main track in the last six months.

“The Smiths are great people to work with and Ken always said he’d give me a nice horse one day and that’s turned out to be Exalted Lightning.

“They’ve been dribbling in ever since and I’ve now got seven horses raced by the Smiths out of 27 in work.

“Fingers crossed Exalted Lightning can give them a second Adelaide Cup.”