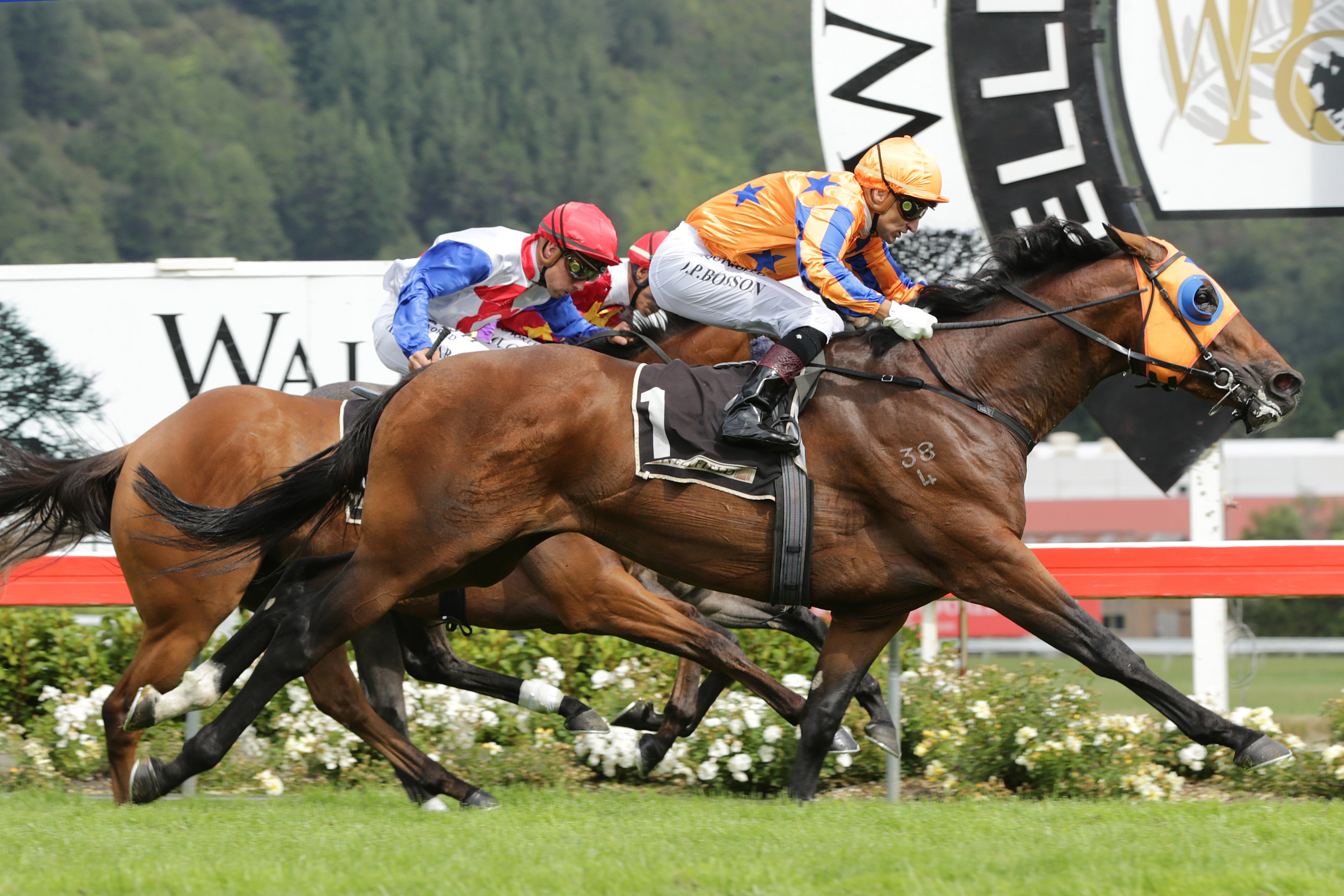 An Australian-bred has again lifted one of New Zealand’s most prestigious events with exciting Fastnet Rock colt, Age of Fire, capturing the Group One Grant Plumbing Levin Classic over 1600m at Trentham on Saturday.

Stepping out as favourite in the Levin, the Steve Autridge/Jamie Richards trained colt was pocketed four back on the rail, but let down impressively in the straight and won with plenty left in the tank.

Age of Fire is next likely to take on the Group One Herbie Dyke Stakes over 2400m – New Zealand’s richest weight for age race – at Te Rapa on 10 February, before ultimately shooting for Classic glory in the Group One Vodafone New Zealand Derby at Ellerslie in early March.

Following the Levin romp, Age of Fire currently shares equal favouritism for the Derby with another Australian bred in All Too Hard colt, Demonetization, winner of three from four including the Group Two Great Northern Guineas on New Year’s Day.

Bred by Roncon in NSW, Age of Fire was sold to David Ellis’s Te Akau Racing for $400,000 – via the Erinvale Thoroughbreds draft – at the 2016 Inglis Australian Easter Yearling Sale.

The third winner from as many to race out of the unraced Galileo mare, Dragon’s Tail, Age of Fire is the first stakes victor for his dam who is, in turn, out of a half sister to British Champion Miler, Fly To The Stars, and closely related to unbeaten, French Group winning 2YO, Glorious Journey.

It’s been something of a meteoric rise for Age of Fire, who first appeared last September, finishing a nose second, before winning the Guineas Trial in October, then running third in the Group Three John Grigg a fortnight later prior to his second in the Group One New Zealand Two Thousand Guineas on 11 November.

After a short let up, Age of Fire produced another win on Boxing Day leading into the Levin Classic.

Age of Fire’s phoenix like rise comes as no surprise to Erinvale Thoroughbreds’ John Kenneally who was tasked with preparing the colt for auction.

“Over the years Coolmore Australia has been good enough to send me a few horses to sell and Age of Fire was among three that year for Easter,” Kenneally explains. “And I have to say, Age of Fire was as good as any I’ve ever sold.

“I was contacted by the media after Age of Fire won at his second start and I said then that he had the potential to be the best I’ve ever sold and after what he did on Saturday I’m not about to change my mind.

“He (Age of Fire) was a magnificent looking animal … not too heavy, but very athletic with a big walk. He’s a Fastnet (Rock) so he was always going to be popular, but with that conformation and presence it was something of a given.”

Coolmore Australia’s Stud Manager, Jim Carey, is in full agreement with Kenneally’s assessment: “Age Of Fire was a very good looking yearling, but looked like he would need time.

“To the credit of David Ellis and his team at Te Akau, they have been very patient with him and they are reaping the dividends. David maintained from early on that he was a very good horse.

“Fastnet Rock had a stunning year in 2017 with 29 individual stakes winners and he has enjoyed a great start to 2018, while the Fastnet Rock/Galileo cross has now produced six Group One winners from less than 60 runners, so it has to be one of the most potent crosses in the world.

“Both Age Of Fire and Tumultuous (who won the $1 million Magic Millions Trophy some 10 minutes after the Levin), were raised and grazed on the farm at Jerrys Plains, and sees Oh Susanna and Age Of Fire becoming the 51st and 52nd Group One winning graduates of the farm in the space of a week. Hopefully it bodes well for the rest of the year and we can continue to be lucky!”

However, the 2018 Gold Coast Magic Millions Yearling Sale draft was the final draft to the prepared at the Hunter Valley nursery after Yarraman Park purchased the property in 2017.

Now the winner of three from 12 and Group placed, the Justin Snaith trained, Sir Frenchie swooped late in the Sophomore, after being way off the pace, to register his first stakes victory.

The 87th black type winner for Coolmore Australia-based, Choisir, Sir Frenchie is out of the 4-time winning Viscount mare, Volando – a half sister to Caulfield stakes winner Vezalay – and was knocked down to Paul Lafferty for $82,500 in Adelaide.