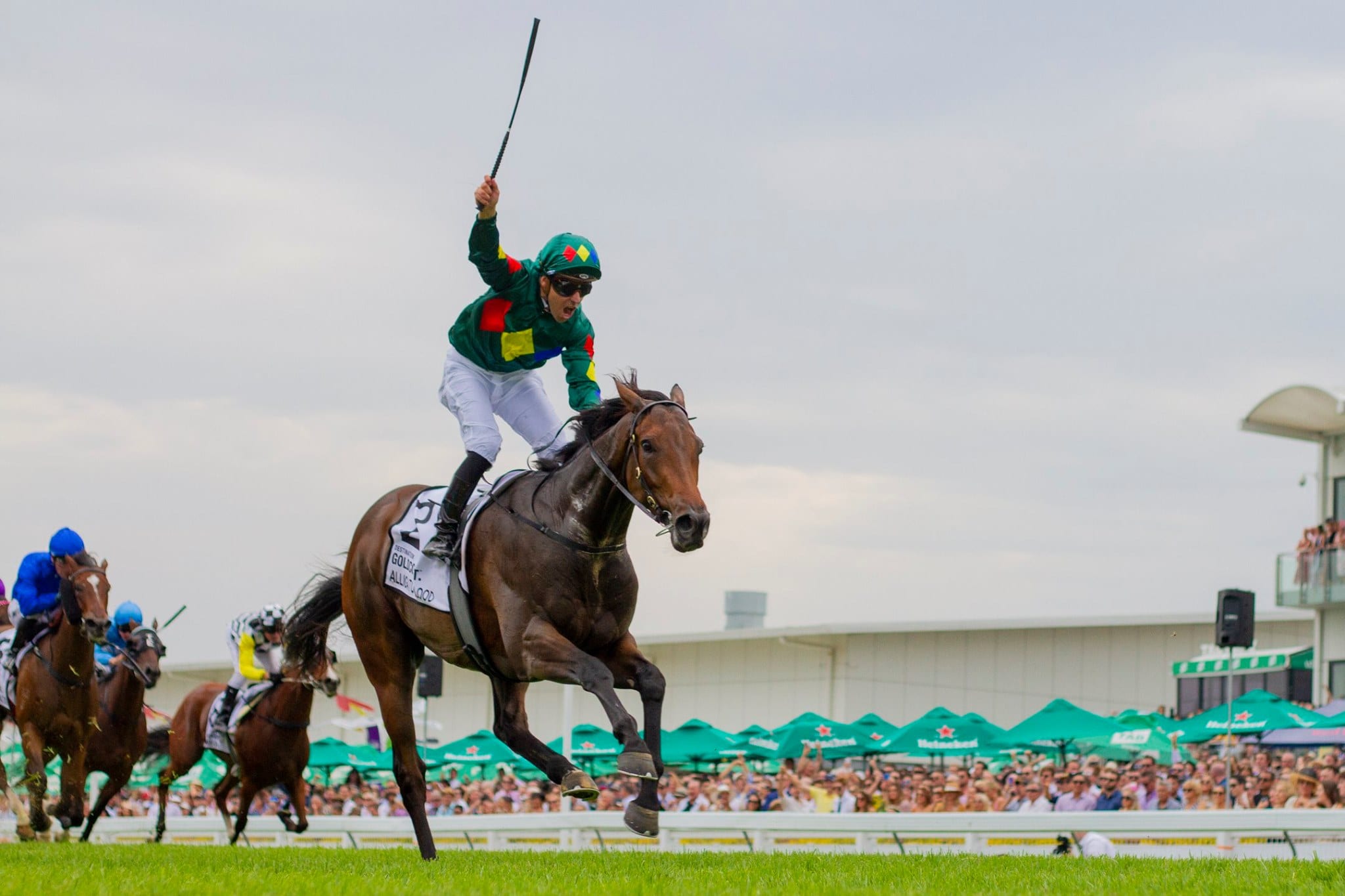 What’s the difference between having one of the most exciting three-year-olds in the country or wishing his new owners all the best on their racing adventure?

If you ask Magic Millions proprietor and billionaire businessman Gerry Harvey, it’s not a lot.

As the breeder and vendor, Harvey wouldn’t move on the $55,000 asking price for an All Too Hard colt that was passed in during the 2018 Magic Millions sales he runs with his wife Katie Page.

And owner Allan Endresz will be forever thankful Harvey stuck firm as his family are enjoying the ride of a lifetime with Alligator Blood, winner of the Magic Millions 3YO Guineas.

“The irony was that I was trying to get him for $50,000 with no GST and Gerry was haggling with it and he doesn’t budge so we ended up saying all right,” Endresz said.

“It is one of the best things we ever did and we were laughing about it with Gerry (after the race) actually.

“He said if circumstances had changed he’d be running around with the horse but he wishes us well and it’s been awesome.”

Alligator Blood continued his rise through the ranks with a facile win in the Guineas that came after a drama-filled lead-up in the hours before the $2 million race.

A serious accident caused long traffic delays on the way to the Gold Coast and Alligator Blood was caught in the middle of the mayhem.

Passed fit to start in a race that stewards decided to run later than the advertised starting time, Alligator Blood showed no effects of a four-hour trip to the races that usually takes half of that travel time.

Jockey Ryan Maloney had Alligator Blood in a midfield striking position and the result was never in doubt from the home turn.

Trainer David Vandyke has enjoyed the odd moment of Group One success but says nothing compares to his latest stable star’s victory – the eighth in nine starts.

The good news for Vandyke and racing fans is that Alligator Blood promises to be part of the Australian racing scene for a long time to come.

In a sign that the introduction of new mega prizemoney races such as the Everest, the All-Star Mile and the Golden Eagle are helping keep our equine stars in the country, Endresz revealed several massive overseas offers for Alligator Blood have been rejected.

“We’re not going to be taking any offers … and we’re letting people know that he is on a journey with us now for good, bad or otherwise,” Endresz said.

“I’d like to think that Al becomes a Queensland star, a Queensland superstar and the rest of Australia can hitch their wagons … and go for the ride.

“That’s the thinking for all of us involved.

“As a gelding it’s interesting the way things are panning out (for him).

“Either the superstar horses that he would be competing with have gone to stud or are going to stud and there are those who have gone to Hong Kong so there is a real void.

“So we’re in a pretty strong position.”