Another Champion Filly For Peters Investment 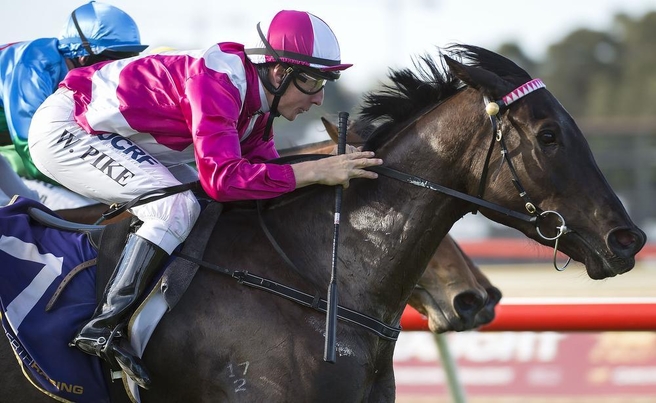 Having won the Group 3 Champion Fillies Stakes on two prior occasion with Dreamaway in 2011 and Delicacy in 2014, Bob and Sandra Peters’ talented More Than Ready filly Perfect Reflection kept her unbeaten record intact with an outstanding victory in Saturday’s 2015 edition.

With both Dreamaway (More Than Ready) and Delicacy (Al Maher) going on to claim Group 1 races during their Autumn season, expectations are sure to be high for Peters’ latest Champion winner.

Missing a crucial run in the Burgess Queen Stakes due to an injury to her off-hind hoof, the Grant Williams-trained Perfect Reflection pushed the Fred Kersley’s Blackwood for favouritism in the $200,000 event.

One of four runners for Peters’ in the race, the unbeaten filly had always been earmarked by her breeder as one of the best of her crop.

“The way she looks walking past makes your heart flutter,” Peters declared. “I’ve always liked her and she was my pick among our fillies at the start of the season.”

Easing down to win the race by a length from stablemate Arcadia Dream (Domesday), the victory was one of the three for jockey William Pike, having earlier won on Dark Alert and Express Dancer, both bred and raced by Peters.

“Over the years we have tried to win the Champion Fillies but this is the third time we’ve won it.”

“Dreamaway and Delicacy did it before her and they were very good fillies.”

“So I am hoping she can rise to what they did.”

Out of the Bluebird mare Reflected Image who was purchased at the 1998 Inglis Easter Yearling Sale before going onto to claim the Group 2 WA Oaks for Peters, it’s as a broodmare that she has really proven her worth.

Having visited More Than Ready on three occasions, resulting in three stakes winners, Reflected Image has headed in a different direction in recent years on the stallion front.

She has two-year-old colt by Darley’s Hard Spun named True Reflection, as well as a yearling colt by the same stallion before foaling a few weeks back to Swettenham Stud’s Group 1 Melbourne Cup hero Americain.