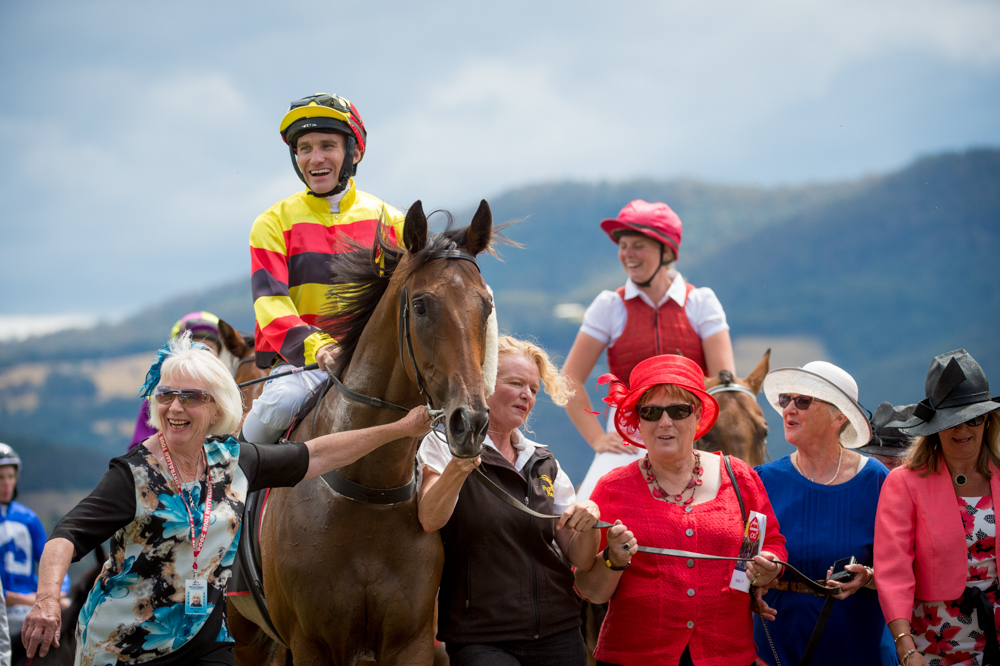 David Whishaw would have loved to hop into his car on Sunday and make the two and a half hour drive to Hobart.

It was, after all, the biggest race day of the year for Tasmania with four stakes races, including the Hobart Cup. Lots of glitz, lots of glamour. Not to mention the opportunity to knock the froth off one or two and catch up with some mates.

Alas, the third generation breeder looked at the 42 yearlings occupying boxes at his Armidale Stud and quickly decided he needed a pitchfork more than binoculars. He did so without complaint. A family trait.

“We’ve got yearlings in for the Tasmania Magic Millions (16 February) and Inglis Melbourne Premier (26-28 February & 1 March) and it was just too big an ask,” Whishaw points out. “Still, it was a pretty good day for the farm and Needs Further.”

A son of Encosta de Lago and half brother to multiple Group One winner, Hallowed Crown, Needs Further won three of his five starts for Gai Waterhouse, including the Group Three Carbine Club Stakes at Randwick.

Shifting south to Armidale Stud in 2013, Needs Further has covered some 300 mares in his first four seasons and contrary to his moniker, his first runners are showing they neither need further nor more time.

“Hopefully there are a couple of Pateena Arenas among them,” Whishaw enthuses. “She was a lovely filly, a lot like her dad. We’ve bred out of that family since the mid 90s and her dam, Gehenna was a very good 2YO herself and won the (Listed) Cascade Classic for us.

“And she’s certainly doing the job at stud with Pateena Arena one of six winners from as many to race, including two other stakes horses.

“Aside from Pateena Arena, we also had Hellova Street (by former Armidale based sire, Helike) win the (Listed) Thomas Lyons for long time clients, while our home-bred Wyuna (by Armidale stallion, Tough Speed) ran second to Hot Dipped in the (Listed) Strutt Stakes and is shaping to be a top class stayer.”

Despite the ‘all work, no play’ that goes with being Tasmania’s biggest vendor, Whishaw is excited about the Tasmanian Magic Millions: “We’ve got yearlings by 17 different sires and, overall, there are around 50 different stallions represented from a catalogue of 133. I would expect, from that kind of diversity, the sale will again attract a lot of buyers from the mainland,” Whishaw adds. “In recent years the sale has produced horses like Palentino, who was bred by Jenny Watson and won two Group Ones in 2016, The Cleaner, Kenjorwood, Hot Dipped and now Pateena Arena.”

While the sales season is clearly a big ticket item for Armidale, Whishaw won’t be able to ease his foot from the pedal even after the Melbourne Premier, given the recent announcement his family-operated farm will stand Alpine Eagle in 2017.

A son of High Chaparral from Zabeel mare, Zephyria, Alpine Eagle is a half brother to stakes winner Every Faith and won the Group Two Autumn Classic at Caulfield for Tony McEvoy.

“I couldn’t be more excited about the prospect of standing Alpine Eagle,” Whishaw claims. “He offers classic staying lines and will be a huge boost for not only Armidale but the state.

“It’s only $550 for the boat trip to Tasmania and I’d be more than a little surprised if Alpine Eagle doesn’t attract a lot of support from the mainland. I’m fairly certain that once the fee is announced, the phone will start ringing. Could be another busy season ahead.”