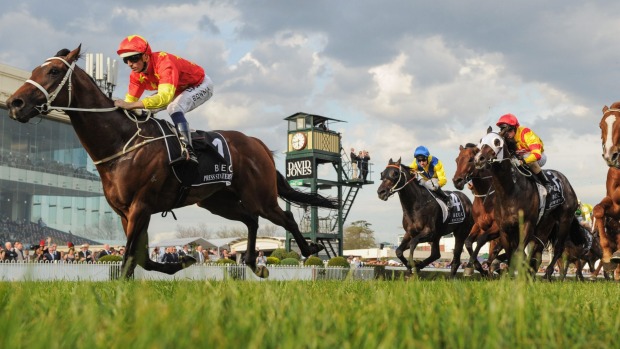 Asian investment in Australian bloodstock has been substantial for decades, reaping the benefits with superstars such as Able Friend, Sacred Kingdom, Silent Witness and Fairy King Prawn in Hong Kong, Rocket Man in Singapore and Wonder Mossman in Macau.

But while many Asian purchases ultimately depart Australian shores, relatively new entities such as the China Horse Club and Sun Stud (formerly Eliza Park International) have really upped the ante by taking a much more active role in the Australian breeding industry.

In the past week, China Horse Club announced that exciting colt, Press Statement – a Group One winner at two and three years – would be retired to Vinery Stud in the Hunter Valley, while Sun Stud – which purchased the Eliza Park International dual-state operation in June 2013 – chimed in with the news that Australian Guineas winner, Palentino, would grace its paddocks from 2017 onwards.

The Club has certainly been active in the past 12 months, securing an interest in Australian Horse of the Year, Dissident, who retired to Newgate Farm last spring, while Press Statement was purchased last July, shortly after the Hinchinbrook entire won the Group One JJ Atkins Stakes in Queensland as a 2YO.

“We were very excited to secure a horse of Press Statement’s calibre,” Wallace said. “Horses of this quality are highly sought after by our members and they are an essential part of the bloodstock portfolio we are trying to develop.”

And the search obviously continues with China Horse Club signing for 10 yearlings ($4.3 million) at the recent Inglis Australian Easter Yearling Sale, including $700,000 for a Medaglia d’Oro colt, while at the Gold Coast in January, the Club spent $8.2 million on 25 yearlings with a top of $725,000 for a well related Street Cry colt.

Sun Stud, owned by the Hong Kong based Sun International Group, has invested heavily in bone and muscle as well as bricks and mortar, currently standing seven stallions at its Victorian base, with another four at the Queensland property.

In announcing the name change to Sun Stud from Eliza Park International, Managing Director, Danielle Cheng, said: “The Sun International Group has vast business interests worldwide and the new name will align the stud with the other successful companies within the organisation.

“Eliza Park was the perfect platform for the international growth and development of our thoroughbred interests and we look forward to continued success under the new banner.”

Palentino is poised to assist with that growth. A son of Darley-based shuttler, Teofilo, Palentino won the Group One Australian Guineas in March, defeating Victoria Derby and Rosehill Guineas winner, Tarzino, and will chase further glory for trainer Darren Weir before hanging up his racing plates in time for the 2017 breeding season.

Like the China Horse Club, Sun Stud has been active at major Australian sales in 2016 and count among its earlier yearling purchases the likes of Fighting Sun (298 mares in his first two seasons at stud) and stakes winning More Than Ready colt, Ready For Victory, who is also destined for stud duties.