Attention Seeking Harron Is King Of Kids Too 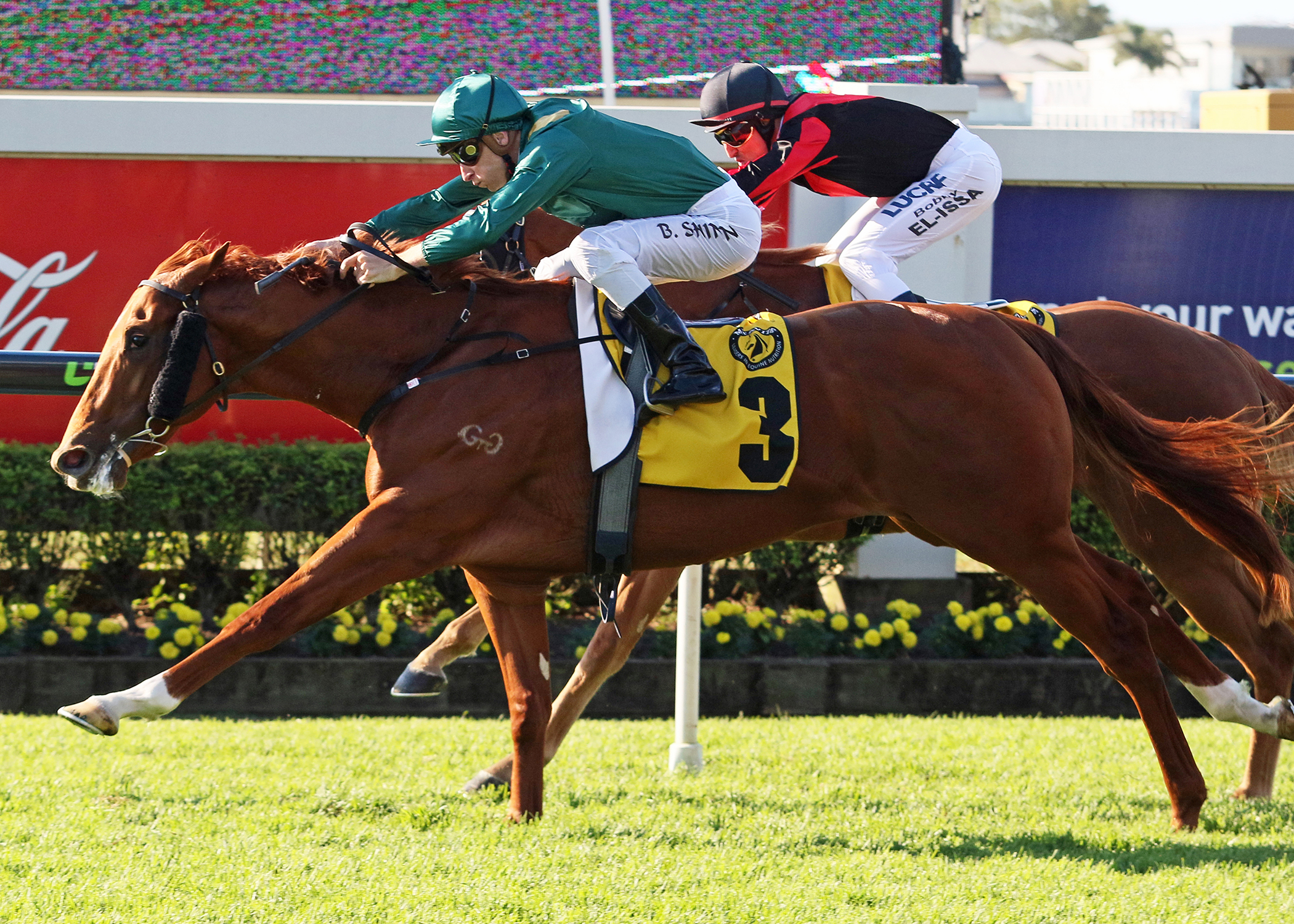 Magic Millions managing director, Vin Cox, made an interesting observation at the conclusion of the Gold Coast National Weanling Sale on Monday evening: “… you could argue they are getting yearling prices”.

It’s difficult not to agree, his company’s foal sale had just seen increases by gross, average and clearance with the top 10 lots all making a quarter of a million or more.

Certainly we are experiencing a trend in Australia – not away from, but in addition to yearling sales – with much more focus now on trading weanlings.

Last month’s Inglis Australian Weanling Sale in Sydney saw close to $5 million spent on 163 lots, a further $17 million at the Nationals and, in June, over 400 weanlings will head to the Oaklands Junction ring for the Great Southern.

Accordingly, the wealth and health has been shared, but if one figure has emerged dominant over the past week, it would be James Harron.

Indeed, it’s been such an amazing six months for Harron, that you wonder what is up his sleeve for the second half of the year.

In January, his previous year’s purchase, Capitalist ($165,000), won the Magic Millions 2YO Classic on his way to victory in the Golden Slipper; in March, Defcon ($340,000) captured the Black Opal and, last Saturday, Attention ($620,000) won the Sires’ Produce in Brisbane, having earlier taken out a stakes race in Sydney during the carnival.

And what do each of the trio have in common, apart from all being colts and now valued in the many millions as stud prospects? They are all chestnuts.

But, if you’re looking for a method in Harron’s gladness, stop now. Each of them were purchased at different sales, in different states. Different sires too.

On Sunday, Harron would top this year’s MM weanling chapter when his $400,000 outpaced some spirited bidding on Murulla Stud’s Fastnet Rock colt from Temple of Peace and, overall, the bloodstock agent would spend $1,127,500 on five weanlings. These included $240,000 for another Fastnet Rock, this one a filly, from Holbrook Thoroughbreds.

And yes, one of the five is a chestnut, by Capitalist’s sire, Written Tycoon.

Harron has confirmed there is no colour bias and the reason for his Gold Coast spend was purely based on “the depth of the market”.

“There were a lot of very nice types up here (Gold Coast) and I love buying them early and getting them into the system. We purchased a Medaglia D’Oro from this sale last year for $500,000 and he’s turned into a really lovely colt and will be trained by Peter Snowden.

“If you see something really nice as weanlings, it’s hard to pass them by.”

And what acts are to follow in what has already been a crowded 2016?

“Bit of a freshen up,” Harron concedes. “Heading home (to Ireland) after the Brisbane winter carnival to see the family and go to Ascot.”

Clearly even Harron needs a spell.