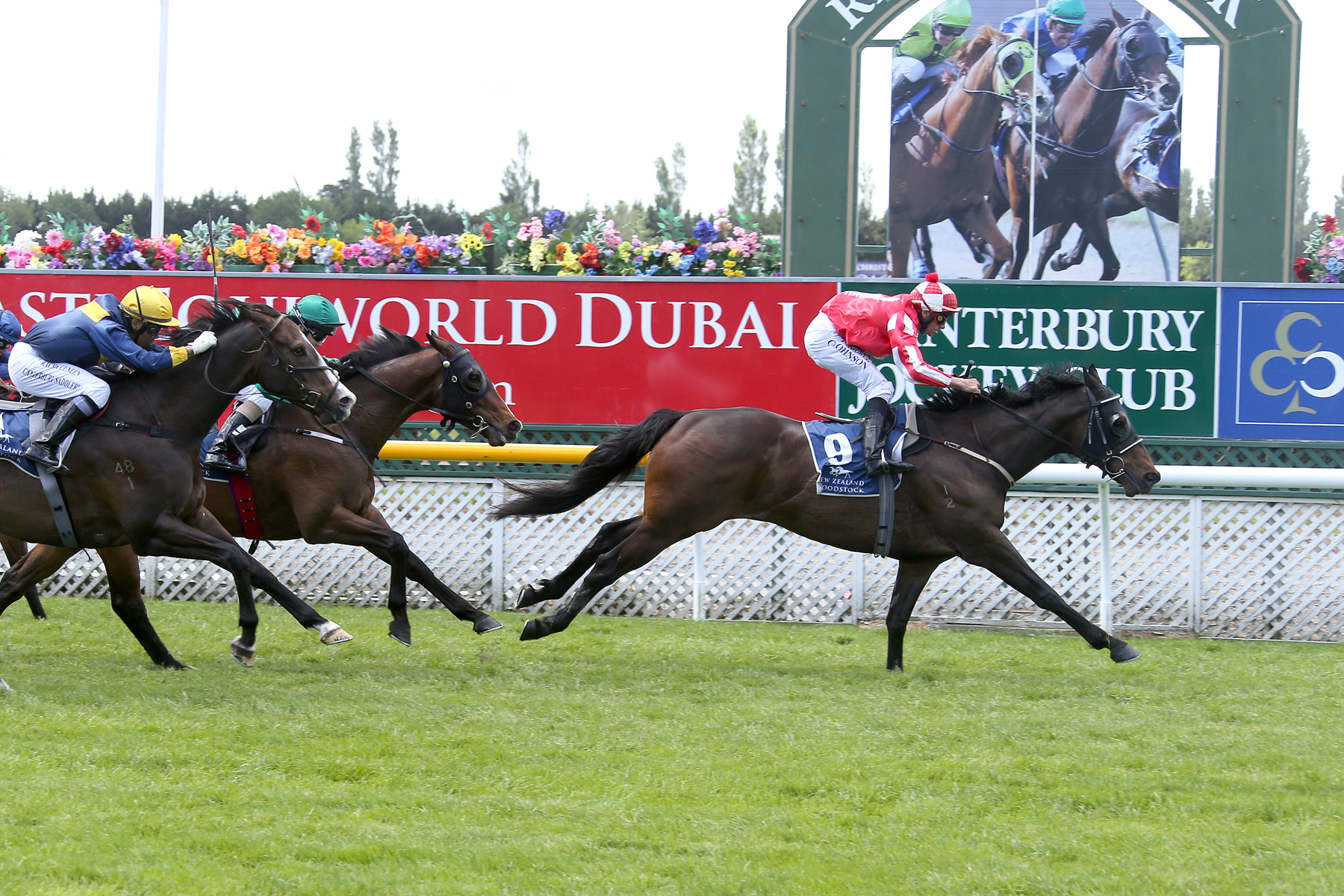 While much of the weekend focus was centred on the final card of Flemington’s four day Melbourne Cup carnival, Australian-breds again did us proud on the global stage with a black type double in New Zealand and a Group Two winner in Singapore.

The Gooree Park Stud bred, Clarton Super (who raced in Australia as Righteous Cause) got the ball rolling at Kranji on Friday night when breaking through for his initial stakes success in the Singapore Group Two EW Barker Trophy over 1400m, taking his tally to four starts and three placings from just the 10 career outings.

Trained by KS Tan, Clarton Super is by the Don Eduardo stallion, Swift Alliance, from the well-related Elusive Quality mare, Meditation, a half sister to Sydney stakes winner Older Than Time (by Don Eduardo).

It was in New Zealand on Saturday though that Australian-breds produced a stakes deuce in the space of an hour, courtesy of 5YO mare, Untamed Diamond, in the Legacy Lodge Sprint over 1200m at Te Rapa and Testa Rossa flyer, Enzo’s Lad, in the Pegasus Stakes over 1000m at Riccarton.

(Again, Australian-breds went close to grabbing a Group One when Age of Fire – another Fastnet Rock – and Sebring’s Ever Loyal filled second and third, respectively, in the New Zealand Two Thousand Guineas).

The Pegasus victory of Enzo’s Lad was a welcome result for father and son training duo, Michael and Matthew Pitman, as the 5YO took his career tally to four wins and seven placings from only 18 starts.

“We made a plan back in the autumn to set him for this race,” Matthew Pitman reveals. “We’ve always had a big opinion of him and believed he’d be a nice horse in the spring, and he’s come up beautifully this preparation.

“He’s won a stakes race now and we think he could grow into a very nice sprinter.”

Enzo’s Lad is the 63rd stakes winner for Testa Rossa who stands at Vinery Stud in the Hunter Valley after originally commencing his stud career in Victoria.

Indeed, Saturday marked the 17th anniversary of Testa Rossa’s success in the Group One Emirates Stakes (which is now held on Derby Day).

Enzo’s Lad was bred by Reavill Farm Management from its Catbird mare, Sheerama – a half sister to Melbourne Group Two winner Patpong – and was purchased for just $15,000 from the Royston Stud draft at the 2014 Magic Millions National Yearling Sale.