Prosecuting The Case For Australian-Breds 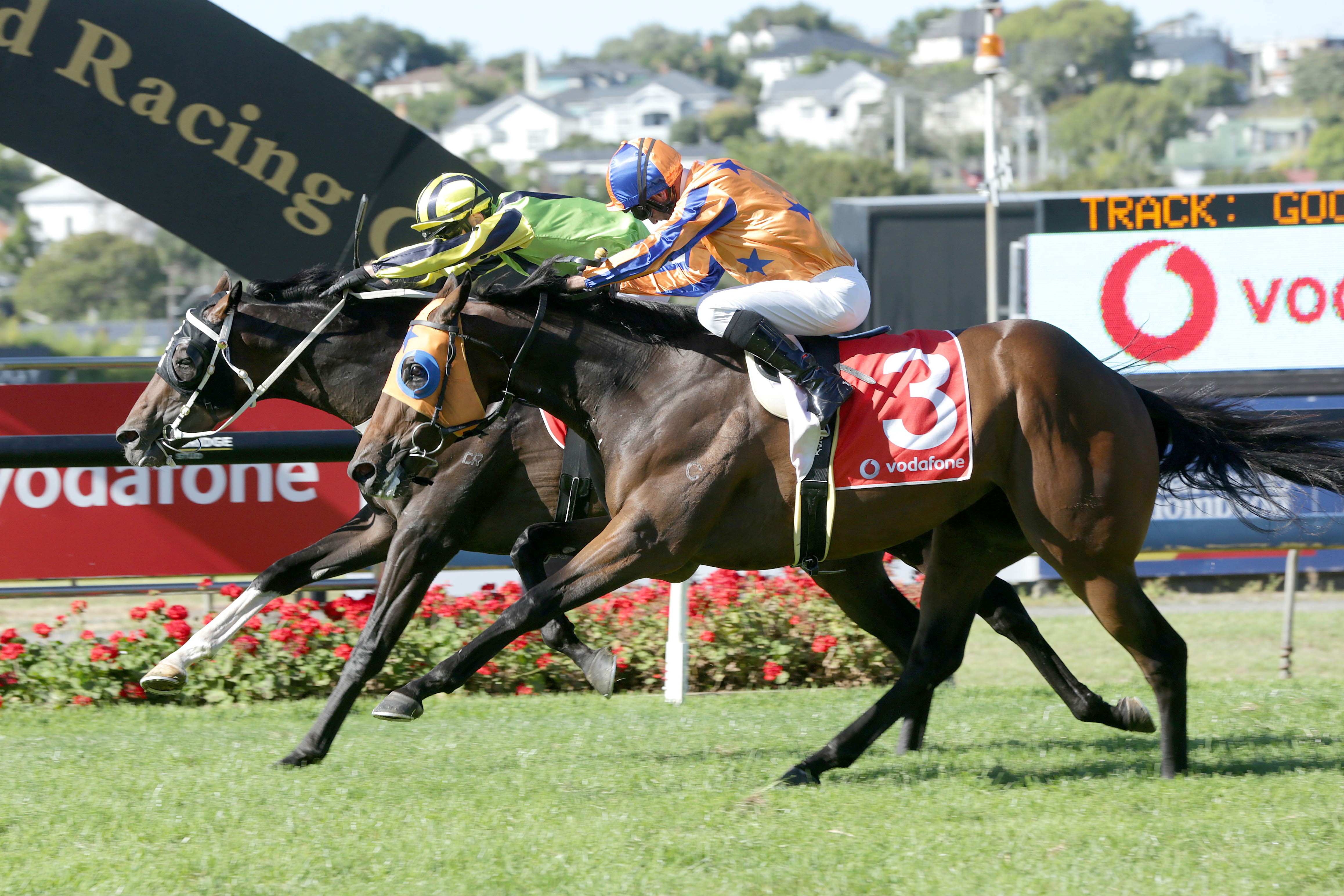 It’s becoming something of a misnomer that Australians can only produce world class sprinters … particularly when the last 12 Group One Derby and Oaks winners in Australia were all bred locally.

As of Saturday you can now add a Group One New Zealand Derby to the tally when Crown Prosecutor proved too strong in the run home at Ellerslie. And yes, the runner-up, In A Twinkling, was Australian-bred too.

Indeed, the Kiwi Classic has been a happy hunting ground for Australians with 2016 winner, Rangipo – like Crown Prosecutor – bred in Victoria, while 2015 hero and dual New Zealand Horse of the Year, Mongolian Khan, was sourced from Tasmania.

Becoming the first New Zealand Derby winner for Kiwi trainer, Stephen Marsh, Crown Prosecutor had previously won the Group Three Wellington Guineas and takes his stakes tally to $644,625 following Saturday’s victory. Not bad for a son of Medaglia d’Oro who was sold for just $50,000 at the 2017 Inglis Melbourne Premier Yearling Sale.

That in itself is a valuable promo for the ‘in progress’ Melbourne Premier, but even more timely for West Australian breeders, Neville and Susan Duncan, who will sell – via the Blue Gum Farm draft – a Street Boss half sister to Crown Prosecutor at the Premier on Tuesday (Lot 414).

Crown Prosecutor, meanwhile, joins a pantheon of Group One stars bred by David and Jenny Moodie under the guise of either Contract Racing or Hesket Bloodstock.

Over the years the Moodies have bred and/or raced the winners of over 100 Group races and the New Zealand Derby is among “about 30 Group One wins”.

Matter of fact, Contract Racing notched up a black type double on Saturday with home-bred, Sword of Justice (also by Medaglia d’Oro), capturing the Listed Tattersall’s Members’ Cup over 1615m at Doomben.

Both ‘families’ reflect the tremendous influence the Moodies have had on Australian breeding: Crown Prosecutor is closely related to River Dove (Group One Oakleigh Plate), Group Two winning 2YO Willow Creek and multiple stakes winner Cross Current, while Sword of Justice is a half brother to Group Two winner, Sword of Light, from Joyeuse, a stakes placed half sister to 3-time Group One winning sprinter, Flamberge, Group Two winner Sunburnt Land, Group winner Durendal and Flemington stakes winner Curtana – ALL bred by Contract Racing.

“We currently race about 45 horses and have around 60 mares on the books, but we’re looking to scale those broodmare numbers closer to 30 or 40 by selling quite a few at the Inglis Broodmare Sale and the Magic Millions National Broodmare Sale in the coming months,” Jenny Moodie explains.

“We’re just really happy for the Duncans who have been such great supporters of the industry and fingers crossed their filly sells well on Tuesday.”

Amazingly, despite the plethora of sprinters in Crown Prosecutor’s family, his Street Boss half sister looks every inch the ‘Oaks’ filly according to Blue Gum Farm’s Philip Campbell.

“There was quite a bit of interest in the filly earlier in the week, but since Crown Prosecutor’s win on Saturday, interest in her has intensified,” Campbell reveals.

“She’s a big, rangy type and moves exceptionally well for such a big horse. She definitely doesn’t look like an early runner, but don’t be too surprised if you end up seeing her race in some of the Classics.

“The Duncans have a fantastic strike rate and put a lot of thought into their breeding and this filly has all the makings of a very good racehorse.”

Campbell was also buoyed by the start to Melbourne Premier 2019 and maintains there is a great atmosphere around the ‘new look’ Oaklands Junction complex.

(Campbell’s late father, Graham – as the General Manager of Dalgety Bloodstock – was responsible for the construction of Oaklands Junction before its purchase by current mein host, Inglis).

“There are a lot of major buyers out here and they are landing on similar horses. Bottom line … if you have the right horse, you’ll get the right price.”

Naturally enough, Darley’s Victorian General Manager, Andy Makiv was naturally delighted with the success of Crown Prosecutor and Sword of Justice, while Medaglia d’Oro also produced a third stakes winner for the day when Adornment captured the Listed Schweppes Ascot 1000 Guineas for Bob Peters in Perth.

“He (Medaglia d’Oro) has been a remarkable stallion and three stakes winners in the space of four hours is phenomenal, even for him,” Makiv enthused. “The stallion has 122 stakes winners and while a great deal of that success has come from America, his influence in Australia is tremendous as well with the likes of Vancouver and Astern.

“Astern has some terrific first foals and we’re pretty confident that Medaglia d’Oro will become an influential sire of sires too.”

HOOFNOTE: By the close of play on day one of the Melbourne Premier, it was a Brazen Beau colt from Up In Lights who had stolen the limelight after being knocked down to Orbis Bloodstock for $800,000.

On consignment from Bhima Thoroughbreds, the colt became the second most expensive yearling ever sold in Victoria.