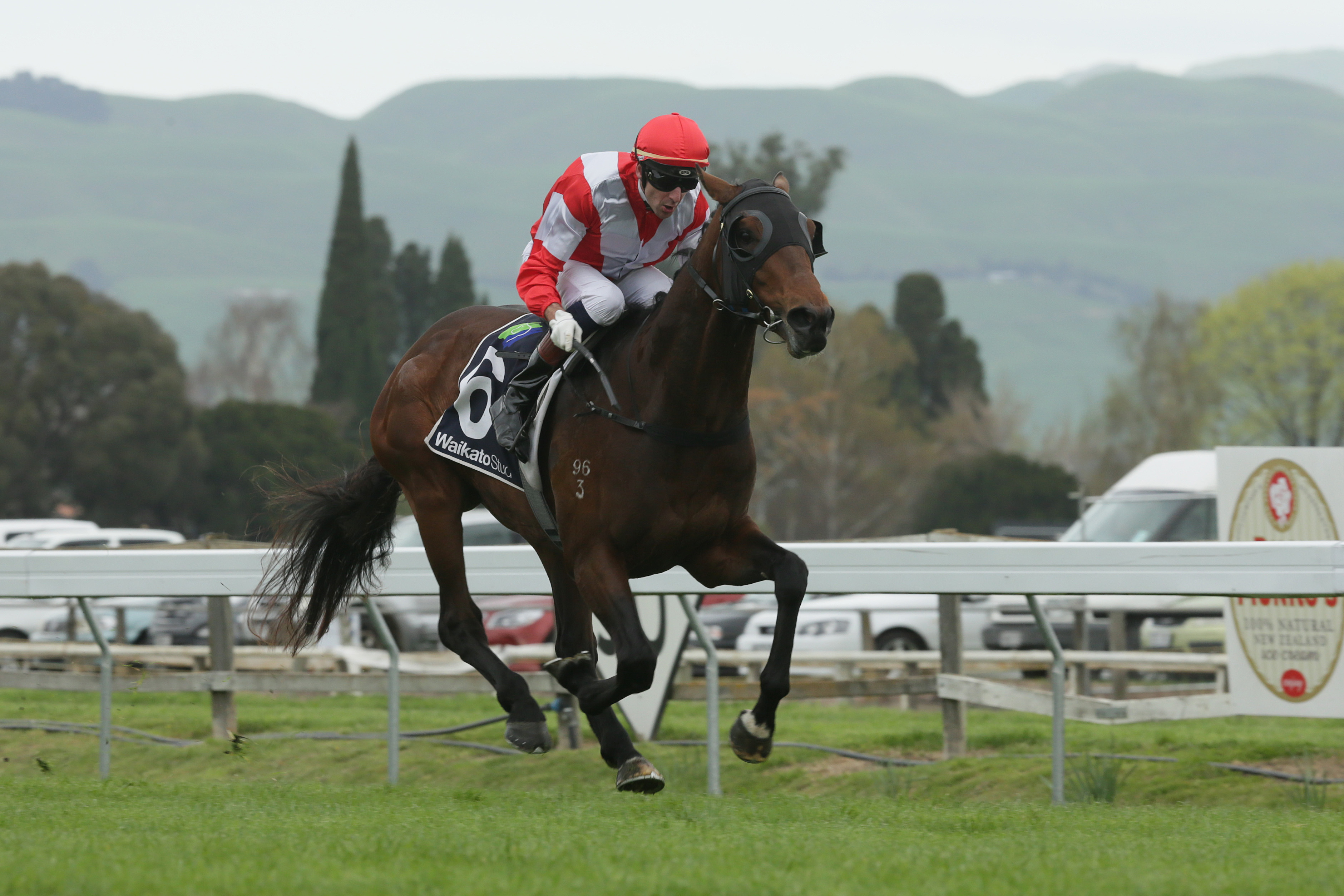 Described by one commentator as an “other worldly performance”, Mongolian Falcon lowered the colours of two previously unbeaten rivals (including fellow Australian-bred Fastnet Rock colt and NZ Champion 2YO contender, Heroic Valour, who grabbed third) and raced right into favouritism for the Group One New Zealand 2000 Guineas on 4 November.

Sold at the 2015 Inglis Easter Yearling Sale for $150,000 to the Inner Mongolia Horse Industry, Mongolian Falcon is by Champion Sire, Fastnet Rock, out of the multiple Group placed Galileo mare, Amazing Beauty, a granddaughter of Champion USA Filly, Phone Chatter.

Mongolian Falcon’s trainer Donna Logan was almost at a loss for words after the race: “Wow … that was very impressive and against a top field too. I’ll have to talk to owners, but we may go to Aussie or to the 2000 Guineas. The further he goes, the better I think he’ll be.”

Bred by Orpendale, Chelsaus (Ireland) and Wynaus, Mongolian Falcon was foaled down and prepared for sale by Coolmore Australia, capping off another great weekend for the operation which also ‘raised and grazed’ Randwick stakes winner, Moqueen (Listed TAB Dulcify Quality) and Wine Bush in the UCI Stakes at Flemington on Sunday.

“Graduates of the farm enjoyed another fantastic weekend,” Coolmore Australia Bloodstock Sales Manager, Shane McGrath, points out. “The win of Mongolian Falcon was particularly satisfying as Coolmore has a great relationship with Mr Lang Lin and we will race this colt’s full-sister in partnership.

“Fastnet Rock is now up to an incredible 99 career stakes winners and it’s only a matter of time before he sires his 100th!

“Moqueen and Wine Bush look strong candidates for nice races over the carnival in Melbourne and again, it’s very rewarding to see big-race success for their respective breeders. Denis and Claire O’Brien have bred many top-class horses at Coolmore over the years and Moqueen is their next one. The Ingham Family are wonderful supporters of the Australian bloodstock industry too and hopefully Wine Bush can win a Derby for them.”