Australian-bred sprinters to the fore in Group One NZ sprint 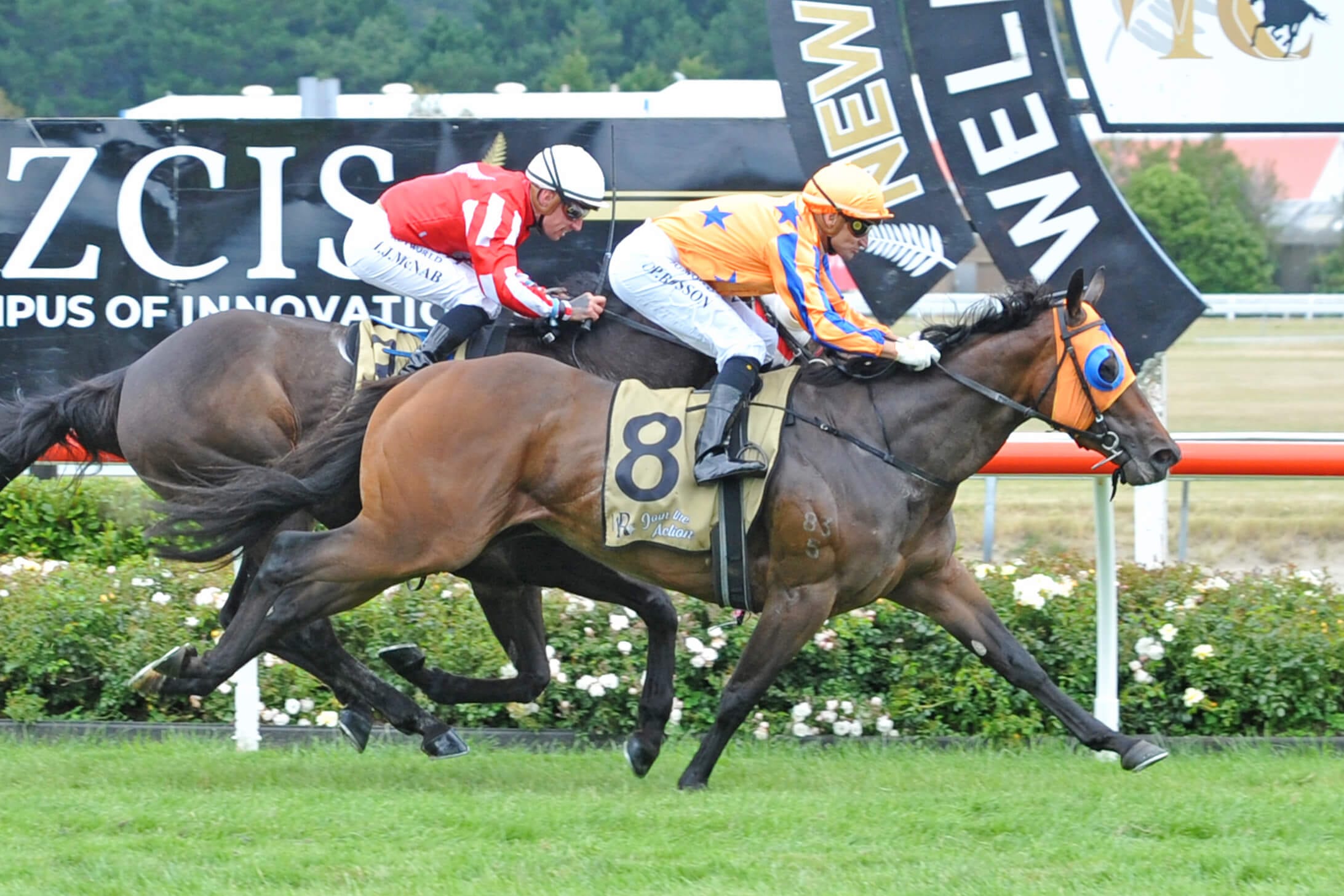 Kiwi breeders tapping into the depth and quality of our sprinting ranks paid more dividends when Avantage led home an Australian-bred trifecta in the Group One Telegraph.

Ranked behind only the Railway Stakes in prestige among New Zealand’s sprint races, The Telegraph is run over 1200m at Trentham in Wellington on a course that lends itself to fast times.

And it has been a happy hunting ground for Australian-bred sprinters for decades.

The Dave and Paul O’Sullivan-trained Biscay sprinter Mr Tiz won the Telegraph in 1989 and returned 12 months later to dead-heat in the race before leaving his mark in Australia, winning the Group One Galaxy during the 1991 Sydney autumn carnival.

There has been a steady stream of Australian-bred sprinters to grace the Telegraph roll of honour since Mr Tiz but the dominance has reached new heights in the past decade.

Avantage became the latest Australian-bred winner of the race and she follows in the recent hoofsteps of Sacred Star (Flying Spur) in 2015 and Enzo’s Lad (Testa Rossa) who saluted in 2018 and 2019.

In overcoming the widest draw, Avantage denied Enzo’s Lad a third win in a tight finish with More Than Ready mare Spring Heat completing a sweep of the placings for Australian-based sires.

A four-year-old by Coolmore’s champion stallion Fastnet Rock, Avantage is out of the Zabeel mare Asavant, a Listed winner who was sent to stud not long after a New Zealand Group One placing in the 2013 International Stakes at Te Rapa.

Asavant is now in the ownership of Sir Owen Glenn’s Go Bloodstock and has a yearling filly by Fastnet Rock.

After missing in 2018 to Merchant Navy, Asavant was covered again by Fastnet Rock last year.

Avantage is her second foal and she was a member of The Oaks Stud’s premier session draft for the 2017 New Zealand National Yearling Sale.

Sold to Te Akau Racing’s David Ellis for $NZ210,000, it didn’t take long for Avantage to better her mum’s Group One record in winning the Manawatu Sires’ Produce Stakes.

The two-length victory came at the end of a two-year-old campaign that had already earmarked her as a future star of New Zealand racing.

In all, she collected five wins as a juvenile with a Karaka Million success netting a purse three times her purchase price at her third start.

Avantage stepped out on Australian soil for the first time during last year’s autumn carnival in Sydney and straight away her talent was there for all to see.

Winning a Listed race for three-year-old fillies on a rain-affected track at Rosehill, Avantage then took on the males for a minor placing at Group Two level at The Championships.

It would be enough to trainer Jamie Richards to plan a spring return but optimism gave way to disappointment with two sub-par performances.

But now that he has Avantage at the top of her game once more, Richards and the Te Akau team want to give the mare every chance to showcase her talent to an Australian audience.

“We would like to go back to Australia and try and show her off over there as we have a bit of unfinished business from the spring,” Richards said.

“She is a proper good horse.

“We made a mistake taking her to Sydney in the spring after things didn’t go our way at Ruakaka first-up.

“I’m glad that we can repay the owners’ faith and get a good Group One with her.

“She’s all class and is just a real racehorse. She’s so strong, built like a colt.”