Thunder From Down Under 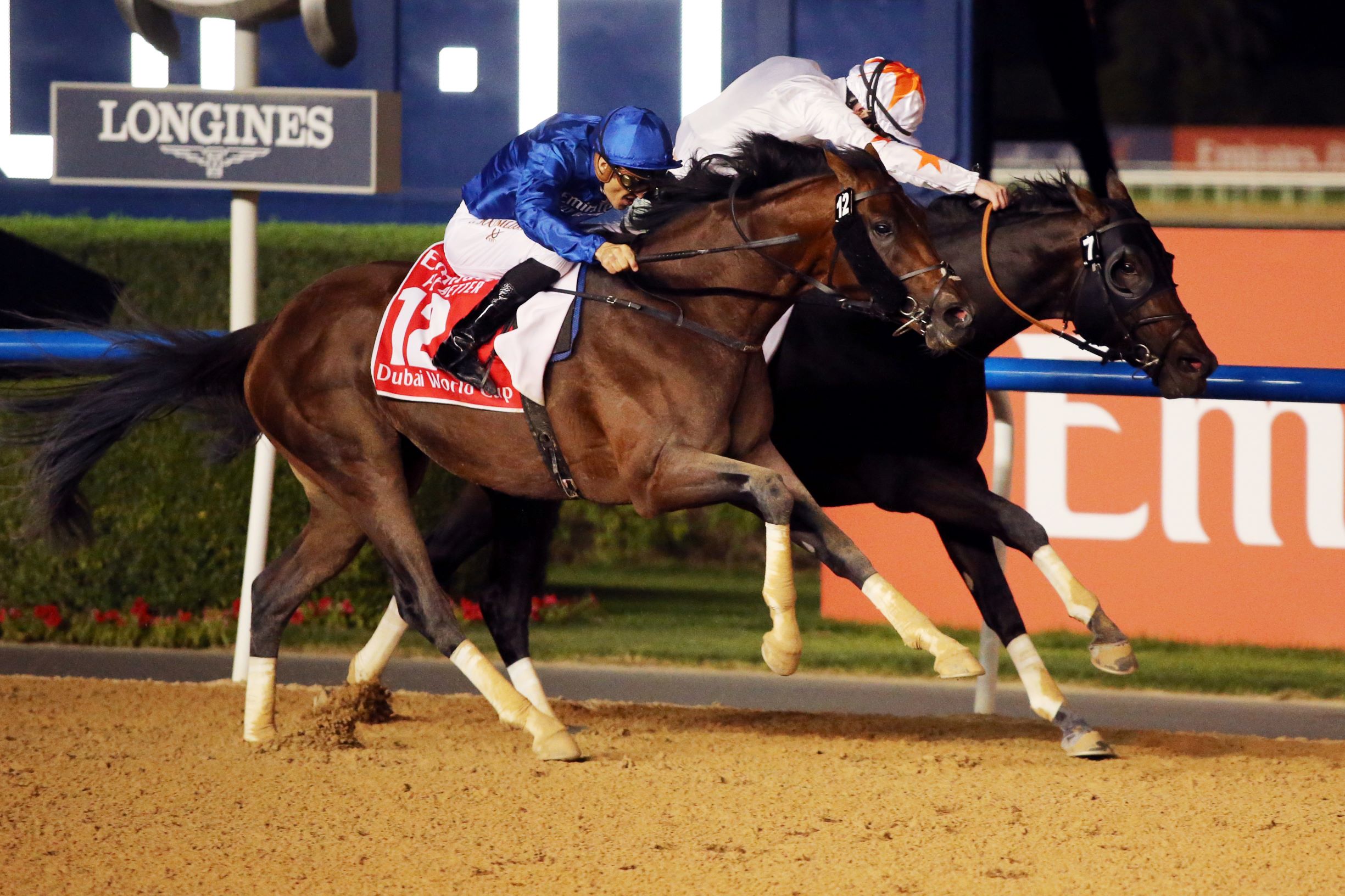 Thunder Snow and Gronkowski fight out the finish in the Group One Dubai World Cup (Racingfotos.com)

Australian-bred horses have long made an impression on the international stage: long before Tobin Bronze, long before Shannon, long before Bernborough.

However, it’s debatable our ‘sire’ stars have ever shone brighter – and on perhaps the biggest platform of all – with a quinella in Saturday night’s US$12 million Dubai World Cup via Thunder Snow and Gronkowski.

Thunder Snow, by 3-time Group One winner, Helmet, created history when becoming the first horse to go back-to-back in the Dubai World Cup, while it is his third win straight on the World Cup program.

Lonhro’s Gronkowski, meanwhile, really made Thunder Snow work hard for the win, only going down in an absolute thriller.

Both Helmet and Lonhro stand at Darley.

While shuttling stallions effectively commenced in the early 1970s when larger-than-life American industrialist, Nelson Bunker Hunt, sent Pretendre down under, ‘reverse’ shuttling has only really found its legs in the last 10 to 15 years.

Helmet’s sire, Exceed And Excel (by the greatest shuttler of all in Danehill), was one of the pioneers, covering 120 mares in Ireland and 157 in Australia in 2005, while he’s also since been joined in producing multiple, Northern Hemisphere bred Group One winners by Coolmore’s Fastnet Rock.

Certainly one of the busiest has been Golden Slipper winner Vancouver, who covered 166 mares in the USA and 161 in Australia in 2017.

As for Helmet, he was a busy boy in 2017 too covering 150 mares in England, while Lonhro’s last shuttle was in 2014 where he worked through a book of 98, including the mating that resulted in £2.1 million earner, Gronkowski.

In 2017, the latest records available on the Australian Stud Book, Brazen Beau, Epaulette (sire of Saturday’s South African Group One winner, Soqrat), Exceed And Excel, Fastnet Rock, Hallowed Crown, Hampton Court, Helmet, Pride of Dubai, Sepoy, Starspangledbanner and Vancover all travelled to points north of the equator during our ‘off’ season, covering 1,281 mares between them.

In light of Saturday’s Dubai World Cup, that figure is only likely to grow!