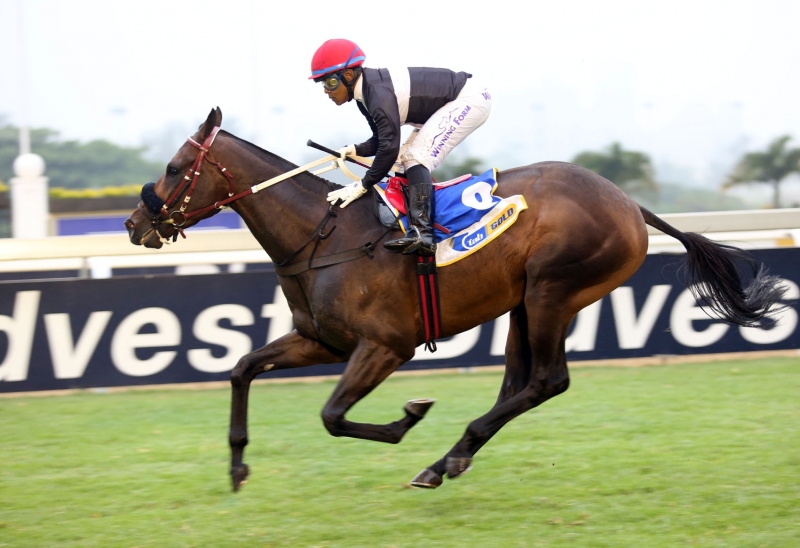 Saluting at his second start at Turffontein on Tuesday was Magic Albert three year-old Suyoof, a $150,000 Inglis Easter Session II purchase from the Yarraman Park draft.

Trained by Mike de Kock, the Shadwell owned Suyoof (above) improved on his debut second to score over 1160 metres.

Suyoof is the fourth winner from stakes-placed Danehill Dancer (IRE) mare Magic Harmony, who comes from the family of Golden Slipper winner Overreach and Blue Diamond winner Reward for Effort.

Also successful at Greyville was Henrythenavigator (USA) colt Ten Gun Salute, who won over 1900 metres for the Duncan Howells stable.

He was a bargain $10,000 Inglis Classic Summer Book purchase for Heritage Bloodstock from the draft of Supreme Thoroughbreds and is from Ladybird Blue.