Barry’s Miss Rose To The Occasion 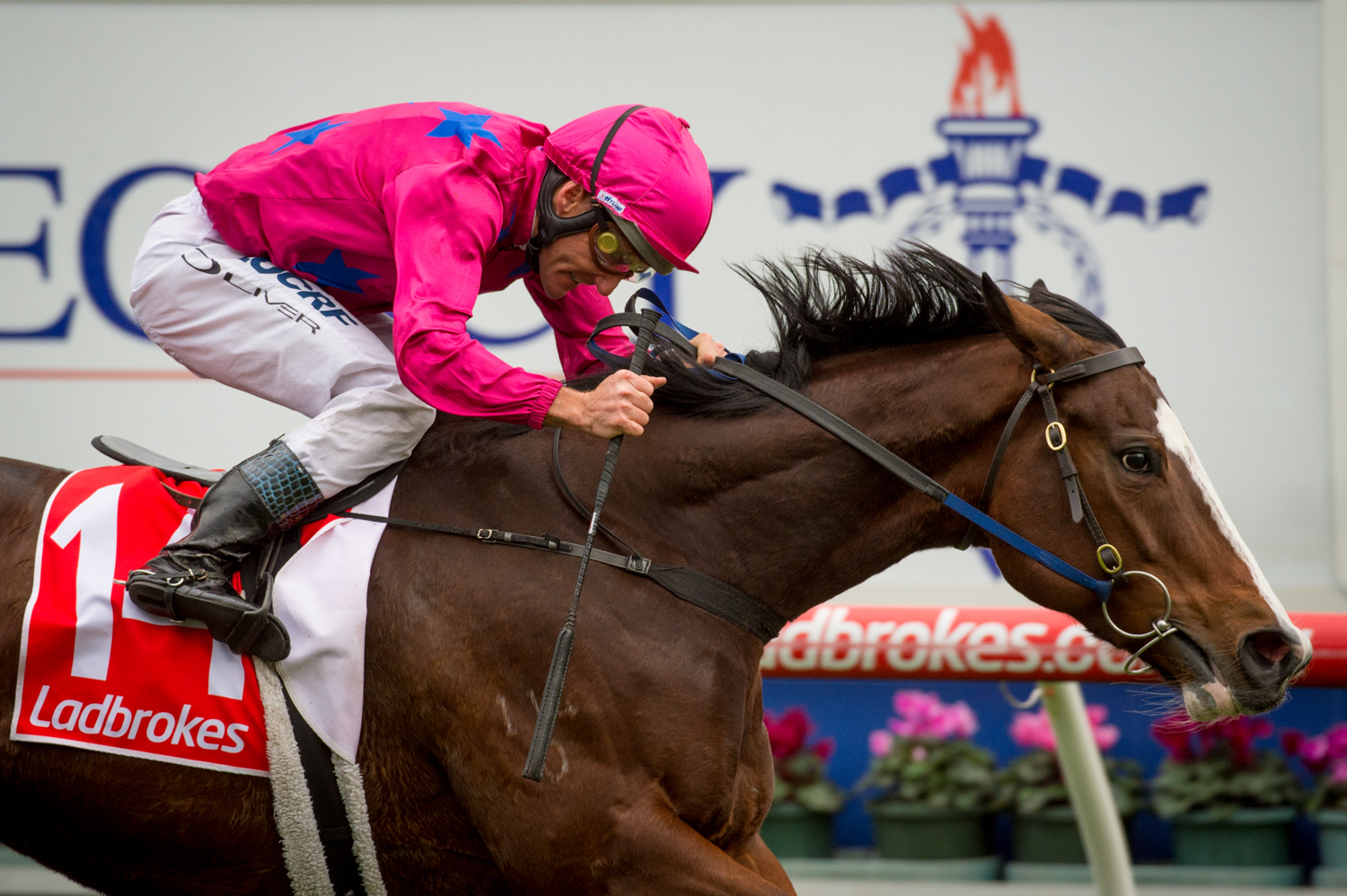 Barry McRostie was enjoying a rare dose of Melbourne sunshine the morning after his mare, Miss Rose De Lago, took out the Group Two PB Lawrence Stakes at Caulfield.

McRostie, who races Miss Rose De Lago with wife Jan, son Greg and daughter-in-law Deanne, said they’d made the trip across from Perth confident of a win and, consequently, weren’t rushing to get on the plane to go home.

“Yes, she sure did us proud,” an elated McRostie said of the Group Two victory, which was Miss Rose De Lago’s fifth at stakes level and took her earnings to $882,640.

Not a bad return on McRostie’s initial investment of $210,000 at the 2012 Gold Coast Magic Millions Yearling Sale.

Formerly an engineer in Perth, but since retired, McRostie has raced horses for “around 30 years” and has been “fortunate enough to have quite a few winners, although Miss Rose De Lago is probably the best”.

“I’ve been attending the Gold Coast Magic Millions for about 15 years and asked Simon Miller, who trains our horses in Perth, to pick out three colts and three fillies at the 2012 sale.

“Simon liked an Encosta de Lago filly from the Coolmore draft and, when I saw her, I liked her a lot too, but I got a vet done and there was a floating bone in the back hock.

“I wasn’t exactly over enthused about that but was assured it wouldn’t trouble her.

“Anyway, I bought her and she was shaping up nicely to race at two, but then she had to have the chip removed and didn’t start until she was a 3YO.”

Miss Rose De Lago soon justified the McRostie/Miller faith though, winning at Belmont at her second start, then stakes races (Burgess Queen and Champion Fillies) at her fourth and fifth outings, and was Group placed at her first start in Melbourne as an autumn 3YO.

Switching to Danny O’Brien’s Melbourne stables at the start of last year, Miss Rose De Lago continued to compile an impressive resume courtesy of victories in the Group Three Ladies Day Vase at Caulfield and Group Two Sunline at Moonee Valley in March.

“There are quite a few options in the spring and, all things being equal, she is likely to start next in the (Group Two) Dato Tan Chin Nam in three weeks. The (Group One) Myer Classic on Derby Day is also an option but I’m not sure she goes that well at Flemington. She hit her head in the gates in last year’s Myer and ran last so that might have something to do with my bias.

“I did give some thought to retiring her to stud, but Danny talked me out of it … for this season at least. He said ‘she’s as sound as a bell and you don’t have many that come along as good as this, so you might as well keep racing her’,” McRostie recalled.

McRostie has around 14 horses in work, with three broodmares and, as he proudly points out, has an ‘up and coming’ stallion by the name of Beaugondo.

“We raced Beaugondo and he won four from seven and was stakes placed,” McRostie adds. “He’s by High Rolling and we basically just use him for our own mares. He stands at Nui Mara Farm at Boyanup (approximately 200 kilometres south of Perth).

“He’s only had a few runners but Gondo Rose has won three while another ran second on debut at Belmont in July.”

McRostie laughs at the suggestion that Miss Rose De Lago might have to check the rear mirror for a Beaugondo runner any time soon, but the way the mare won the PB Lawrence, there are a few that might have to keep their eye out for her in the Dato Chin Nam.