In For A Penny, In For A Behemoth! 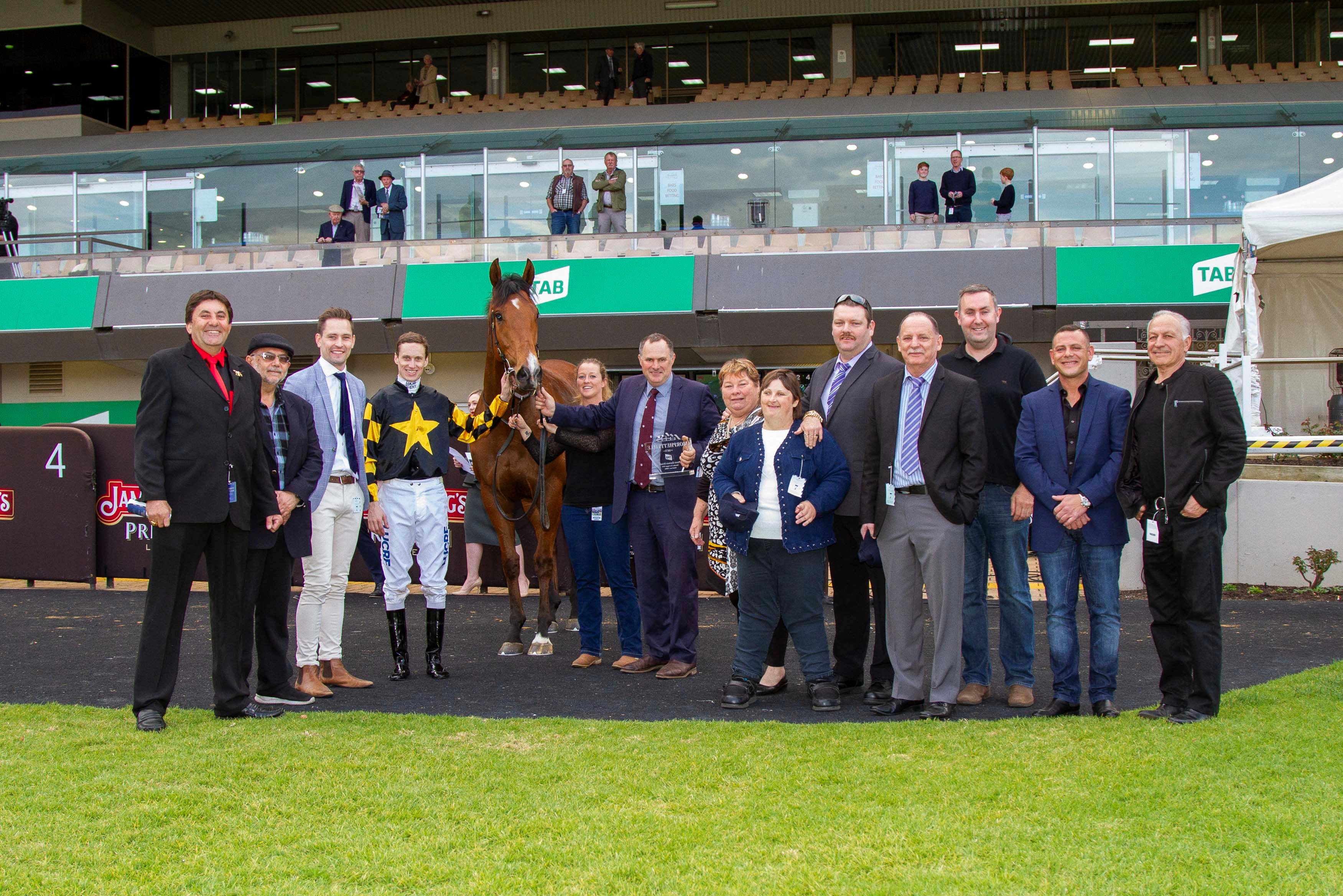 Some horses just live right up to their moniker.

Indeed, as he fought out the finish at Morphettville with ‘standard model’, Amberdi, Behemoth’s trainer, David Jolly, reckons it looked something like “David v Goliath”.

It would be a different result to the biblical epic however as Behemoth logged his first black type success by the slimmest of margins and will likely head to Sydney for the inaugural $7.5 million Golden Eagle at Rosehill Gardens on 2 November.

Behemoth has now raced on 10 occasions for three wins and four runner up prizes, including a ‘lip’ second behind Despatch in May’s Group One The Goodwood. Along the way he has banked $322,395 from a career which commenced inauspiciously with a Balaklava fifth in June last year.

Yet, here’s the thing … his owners didn’t have to pay by the pound and, in fact, size worked against him in the auction ring where Behemoth was knocked down to Grand Syndicates for just $6,000 at the 2017 Magic Millions National Yearling Sale from the draft of Riversdale Farm.

“Grand Syndicates sources modestly priced horses where we can sell shares for just $1,100 or $2,200 and we currently have some 50 horses on the books,” Grand Syndicates Racing Manager, Sam Lyons, reveals. “We started with five around seven years ago, but picked up the pace a bit in the last year or two and purchased 15 in 2019 via the advice of bloodstock agent (and Cranbourne trainer) John Price.

“We don’t bother with x-rays as they can very subjective, and buy purely on type. We haven’t – touch wood – purchased one yet that broke down as a result of what might have shown up in yearling x-rays.”

Despite his “size and big, ugly head”, Lyons had admired Behemoth after inspecting him at the Gold Coast sale, but wasn’t even near the ring when the then colt was purchased.

“I thought he’d go for a lot more so wasn’t watching when he went through, but John (Price) shoved his hand up at $6,000 and then came and told us what he’d just bought.

“We were pretty happy to get him for that money, happier still when he won the Penny Edition and it will be a whole new definition on ‘happy’ if he comes out and wins a Golden Eagle!”

Behemoth becomes the ninth stakes winner for Vinery Stud’s All Too Hard and is the second winner from the Flemington 2YO stakes winner, Penny Banger, a half sister to Perth stakes winner and Group One placed, Master Minx.

“Behemoth is our best so far but we’ve also got a Dream Ahead 3YO called Eiger, who has won his only two starts, that we bought for $18,000 at last year’s Adelaide Magic Millions. Could be in for an interesting spring,” Lyons adds.

Like Grand Syndicates and John Price, Behemoth’s trainer recognised brilliance among the brawn from early on.

“He (Behemoth) showed me a lot from those couple of runs in his first prep,” Jolly points out. “He then resumed in the November with wins at Morphettville and Moonee Valley and when I brought him back in the April, he ran a very close second in the (Listed) Redelva Stakes.

“Behemoth finished seventh in the (Group Two) Euclase but I thought he’d have a real good chance in the (Group One) The Goodwood.”

Hailing from the famous family of trainers in South Australia, Jolly was originally a bloodstock agent, but took up training in 1997 and has since saddled up 5-time stakes winner Budriguez (including 2013 Group Two Blamey Stakes), multiple stakes winners Avoid Lightning and Streetcar Magic, along with 2002 The Goodwood winner, Zip Zip Aray.

“Unfortunately Behemoth came up a head short in the Goodwood, but the form around his races has been terrific with (Goodwood winner) Despatch running a top race in the Memsie on Saturday, as did Begood Toya Mother who beat Behemoth in the Regal Roller two weeks ago,” Jolly explains. “He also resumed this time with a second to Assertive Approach in the (Listed) Lightning Stakes and that horse went on to win another stakes race at Moonee Valley last week.

“We just needed to bring Behemoth back (in class) a bit and let him get his head in front … not much went right in the race on Saturday, but it was a pretty good effort in the end.”

With a team of 25 trained out of stables near the beach at Goolwa in South Australia – including the unbeaten Roccabascerana – Behemoth is the second Penny Edition winner for Jolly, who also conditioned 2007 victor, Sassbee.

“Sassbee only cost me $3,600 but won eight races, three of those at black type level, plus he ran second in a Goodwood and third in the (Group One) Manikato behind Miss Andretti in track record time. He ended up winning $371,470 in prizemoney.”