And He Just Went Boom! 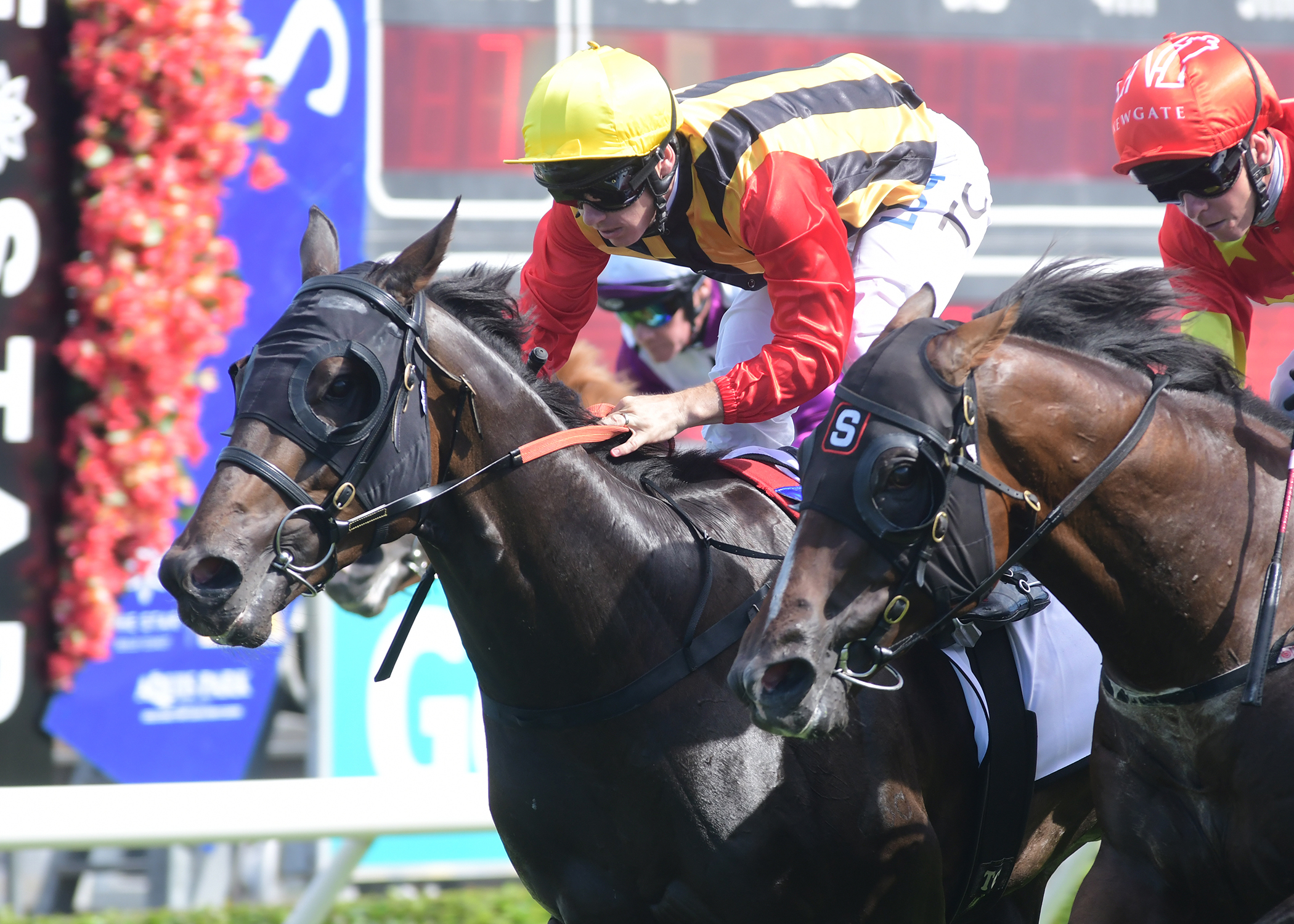 There are often items on a trainer’s bill that we simply don’t comprehend. Well, not without a degree in veterinary science.

However, there’s a good chance that champion jockey-turned-trainer, Chris Munce could well add ‘danger money’ to the next invoice for Boomsara’s owners.

On Saturday at the Gold Coast, Boomsara was the lead act in a three way climax to the $2 million Magic Millions 3YO Guineas over 1400m, edging out both Bondi and Outback Barbie by the barest of margins.

It was one of the most exciting finishes to a major race in living memory with Boomsara holding on doggedly after leading for most of the journey, despite jumping from barrier 13.

Such was the elation immediately following the win, Munce was swamped with bear hugs by jubilant owners and was still ‘feeling’ his ribs come Sunday morning.

Munce shares the record with Mick Dittman for riding the most winners of the Magic Millions 2YO Classic – Sunblazer (1989), Excellerator (2001) and Dance Hero (2004) – but also becomes the first jockey to win a Magic Millions ‘major’ as a trainer via this Guineas success.

Since setting up his stable four years ago, Munce has won a number of feature races with gallopers such as Ours To Keep, Saint Patricks Day and First Crush, but the Guineas is the biggest score thus far.

“I was very happy to win the race, but even more thrilled for the owners – a great bunch of people,” Munce points out. “It’s tremendous for the industry because while some of the owners have been with me for a while, quite a few of the others are new to the game.

“One of the owners, Geoff Sinclair, absolutely loves his racing and especially Boomsara and I heard him saying after the race that ‘there’s nothing that can compare to Boomsara winning the 3YO Guineas … there’s child birth and there’s this’.

Munce purchased Boomsara for $45,000 from the Eureka Stud draft at the 2017 Gold Coast Magic Millions March Yearling Sale and, courtesy of Saturday’s victory, the gelded 3YO has won four of 10 starts (with three placings) and $1,566,400 in prizemoney.

“I’d had nothing to do previously with Boomsara’s family and he was by first season sire, Spirit of Boom, but I really liked his ‘swagger’ at the sale … lovely head, great walk,” Munce explains.

“He (Boomsara) got going a bit late, racing for the first time in February, while his winter campaign – where he ran second in the (Group Three) Ken Russell and third in the (Group Two) Sires’ Produce (behind Lean Mean Machine and Zousain) was really an afterthought.”

Resuming in November, Boomsara ran fourth behind Zoustyle (5 wins from as many starts) at Doomben, followed up with a second to Zoustyle a fortnight later and, coming into the 3YO Guineas, spread-eagled his rivals with a near five length victory in the Group Three Vo Rogue Stakes over 1350m at Doomben.

“He just keeps getting better this horse and I reckon he’ll end up running out a strong mile which gives us a lot of options,” Munce adds. “Very exciting.”

Hardly surprising, the crew at Eureka Stud were also over the moon at Boomsara’s 3YO Guineas victory.

Not only does Eureka Stud stand Boomsara’s ‘boom’ sire, Spirit of Boom, the Queensland farm also kept a sizeable share in the Guineas winner too.

“Eureka is in partnership with two others in Boomsara’s dam, Passara, and before the yearling sale in 2017, one of them said she’d like to keep a 10% share and so did the other partner,” Eureka Stud’s Scott McAlpine reveals. “So, in the long run, all partners decided unanimously to keep 10% each immediately after Chris bought the horse.”

Hailing from the third generation of the family owned Eureka Stud, McAlpine explained that while the Eureka Stud bred, sold and/or raced Sea Cabin (1988 Magic Millions 2YO Classic winner), Temple of Boom, Spirit of Boom, Helter Skelter and dual Magic Millions Trophy winner Tinto had all notched up victories on the rich MM program, this was the first 3YO Guineas winner to fly the farm’s colours.

As for Spirit of Boom, the stallion averaged $163,461 for the 14 lots sold in Book 1 of the 2019 Gold Coast Magic Millions Yearling Sale with Eureka Stud selling nine, including the topper – out of Deb’s Choice – for $350,000 to Gai Waterhouse and Adrian Bott, while Boomsara’s full brother was sold to Newgate Farm and China Horse Club for $150,000 early on Day 1.

“I was very happy for Deb’s Choice’s owner, John Wagstaff,” McAlpine adds. “Spirit’s Choice, a stakes placed full sister to the yearling, won at Dalby on Friday by nearly seven lengths, so it was a big few days all round.

“John has only been in the industry for six or seven years, bought some stallion shares – including Spirit of Boom – and has around half a dozen mares. Great result for him and, I have to say, a great result for us!”