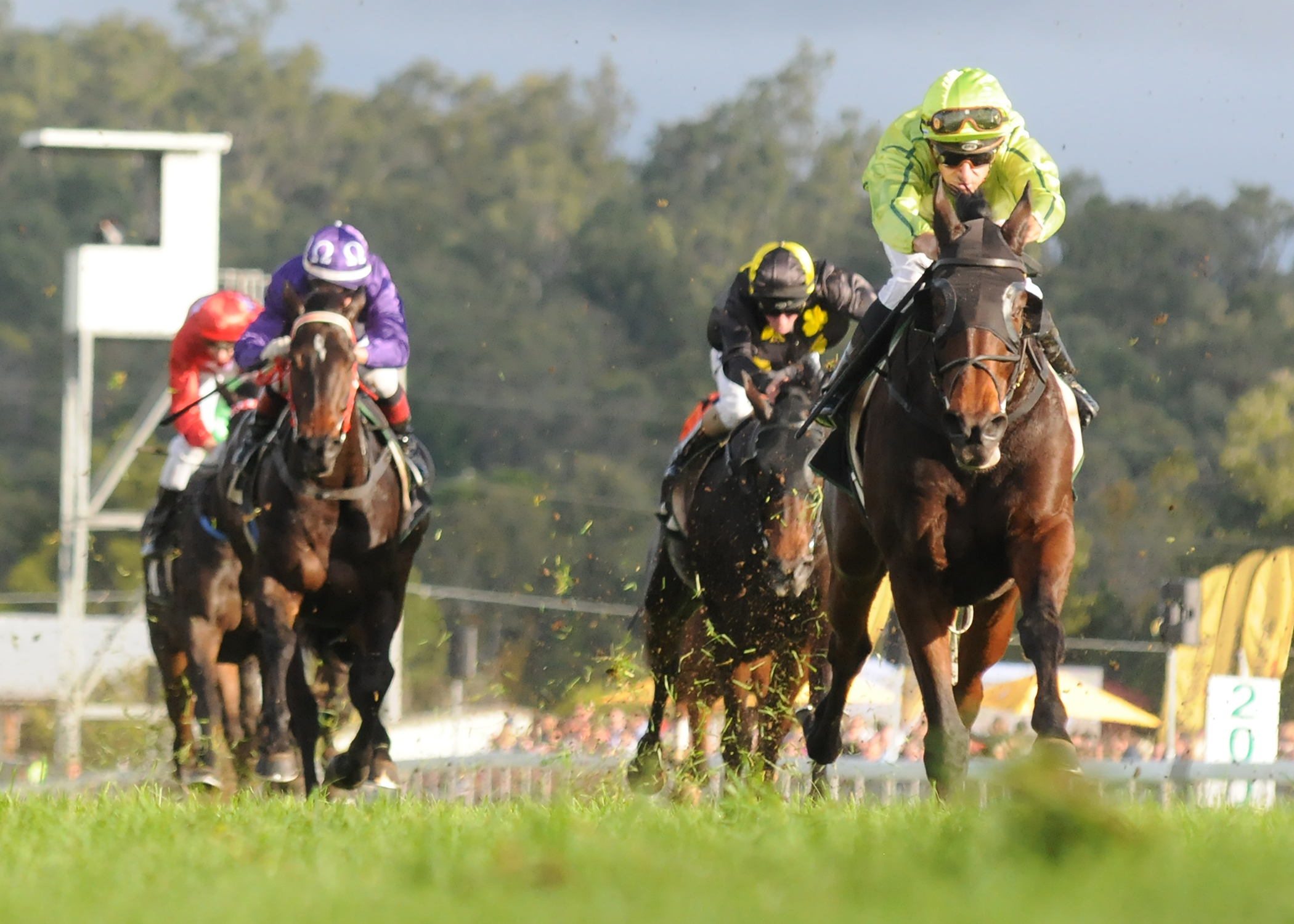 David Brideoake reckons there are few better feelings than training a black type winner that you’ve also bred and race with family and friends.

He should know. After all, he bred, raced and trained Griante, winner of last year’s Group One The Galaxy at Rosehill and was at it again on Saturday when Self Sense romped home in the Listed Channel 7 Ipswich Cup over 2150m at Ipswich. And when we say ‘romped’ … seven lengths!

It was the son of Street Sense’s first win since February 2015 – when successful in the Kilmore Cup – but he certainly made up for lost time at Ipswich and is now likely to target the Listed Caloundra Cup (2400m) on 1 July and Listed Queensland Cup (3200m) two weeks later.

“I have around a dozen mares that I breed from every year,” Brideoake explains. “I’ve got a property at Violet Town (in central Victoria) that is managed by my son, Tom, which caters for my mares and some for clients. Around 20 mares all up.

“I trained Self Sense’s mum, Be My Person, who was a very good racehorse and won a Saturday race in town (Moonee Valley).

“She was a terrific broodmare too : six winners from seven to race. Self Sense’s half sister, Shylight, was a Group winner in Adelaide, while his half brothers, Ambitious Glory (Hong Kong) and Bulldozer (Singapore) have won overseas.

“It’s been a terrific family over the years (Lonhro, Lankan Rupee, Tavago et al), while one of Be My Person’s daughters in Street Belle has produced a multiple winner in Street Spun that won a race for me at Mornington last Monday.

“Unfortunately, Be My Person died at the end of 2015 and the last foal she left was a Reset colt that’s now a yearling, but I’ve got three daughters out of the mare to go on with.

“We tend to keep all the fillies and race them with friends and long-time clients. By racing the mothers too you really get to pick up on certain traits in the family and it helps to orchestrate the breeding and training.”

A former Equestrian who represented Australia in Europe, Japan and North America, Brideoake took up training full time after the 2000 Olympics and, apart from home-breds, Griante and Self Sense, has also saddled up Group One WATC Derby winner, Grand Journey (which Brideoake purchased for just $6,500 at the Inglis Melbourne Autumn Yearling Sale), Hardham (Alister Clark Stakes), Nurse Kitchen (a Moonee Valley Oaks winner who was sold for $1.7 million at the recent Gold Coast Magic Millions National Broodmare Sale) and several other stakes winners.

“I’ve had a passion for breeding for a long time and when you’ve raced the mothers and then get a stakes winner with the mare’s progeny – particularly one you’ve raced with friends – it’s the ultimate,” Brideoake adds.

Self Sense is one of 47 stakes winners for Street Sense, a son of Street Cry who stood at Darley for five seasons between 2008 and 2013 and now stands at Jonabell Stud in Kentucky at a fee of US$45,000.