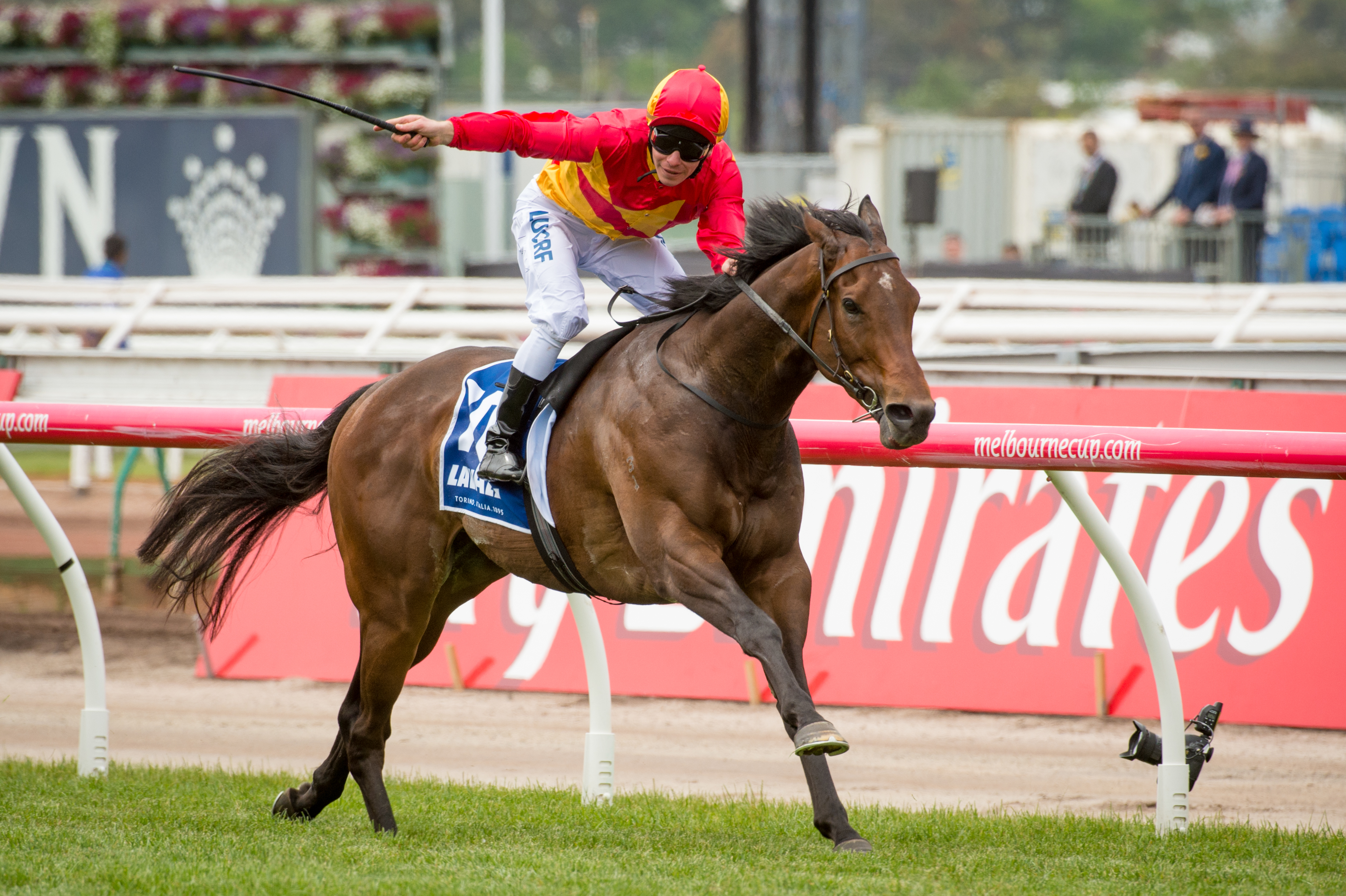 The victory of Malaguerra in Saturday’s BTC Cup at Doomben was a series of firsts.

Malaguerra is named after a Sicilian hero from the Byzantine period who, as legend has it, was pretty resourceful. When the King of Sicily put his daughter up as a prize in an effort to rid his country of invaders, Malaguerra stole a horse and went on to win the war and the princess. A never say die kind of guy.

Micalizzi was a fisherman by trade until a few years back and Malaguerra is also the name of his boat. What’s more, Malaguerra was his father’s nickname … “toughest man I’ve ever known”.

“This horse (Malaguerra) is tough too,” Micalizzi enthuses. “Just doesn’t know when to give up. He’s worthy of the name.

“I had positioned myself right on the winning post at Doomben and the first thing I thought of was my father as they crossed the line. It was really something special.”

But while Micalizzi could tell you a thing or three about the fishing caper, he knew absolutely nothing about horses until around three years ago.

“I’d always liked horses but had had nothing to do with them, particularly racehorses. Just no interest. But then one day, when I was going through a bit of a rough patch, I went out to the sales in Perth, a real spur of the moment thing. They gave me a catalogue and I just wandered around the complex looking at the horses.

“There was an instant connection. Medicine for the soul. When I left, it was the calmest I’ve ever felt.

“In the meantime I’ve met some really lovely people in the industry and so decided to take the plunge. So, I asked Leonard (Russo) to find me a horse.”

Russo had worked in the thoroughbred industry for 12 years before hanging out his Bluegrass Bloodstock shingle around five years go, but only really picked up the pace in the last couple. He’s one of those guys at the sales who is everywhere and nowhere. Putting in the hard yards and the long hours, hoping that one pops out at you.

Russo would be the first to admit he doesn’t swim among the big fish, although perception about his ability to spot a good horse has surely altered following Saturday’s win.

“For me, he (Malaguerra) really stood out. Had a real presence about him. Not a big horse – maybe that’s why he didn’t pass muster for others – but very well balanced.

“I just thought he’d be the type to mature quicker than most. He actually reminded me a lot of Magnus … I loved him as a racehorse and he’s doing a great job at stud.”

Russo wasn’t put off by the age of the mare either, with Malaguerra being Tennessee Morn’s 16th foal.

“I know the people at Ballarto Lodge who were selling Malaguerra and they really look after the horses they have on farm. If you properly manage the older mares, there is no reason why they can’t produce something just as good … or better!”

Malaguerra was eventually snapped up for $32,000 at the Inglis Melbourne Autumn (VOBIS Gold) Yearling Sale and, following the BTC Cup and nine other victories from his 18 starts, has now banked $758,100 in prizemoney.

Ballarto Lodge’s Ian Pankhurst was also over the moon with Malguerra’s Group One and had plenty of pep in his step as he fed out on Sunday morning.

“We (Ballarto Lodge) foal down around 30 to 35 a year and sell around half a dozen in Melbourne,” Pankhurst explained. “Malaguerra’s dam, Tennessee Morn, was at Ballarto for around 10 years and was originally owned by the late, great pair of Angus Armanasco and Alf Dixon.

“Angus’ daughter, Lyn, and Alf’s son, John, run the Sandown Lodge Syndicate which bred Malaguerra and it was a brilliant result for them. That Tennessee family has been very successful over the years, but Malaguerra’s win is something else again.

“Danehill works so well with that family and as far as I’m concerned, Magnus spoke for himself as the best Danehill line stallion in Victoria and, because of her age (Tennessee Morn was 19 at the time) we didn’t want to send her interstate.

“Tennessee Morn was a plain, little mare, but she really stood out for the way she liked to belt around a paddock. She’d have her head down having a pick and then all of a sudden take off. Used to do it all the time.

“As a foal and then a yearling, Malaguerra used to do the same thing. Some horses just have a joy about running”

And for Bruno Micalizzi, Leonard Russo and Ballarto Lodge, there is also a lot of joy about winning.