Bubbly Perry Is The Man On A Mission 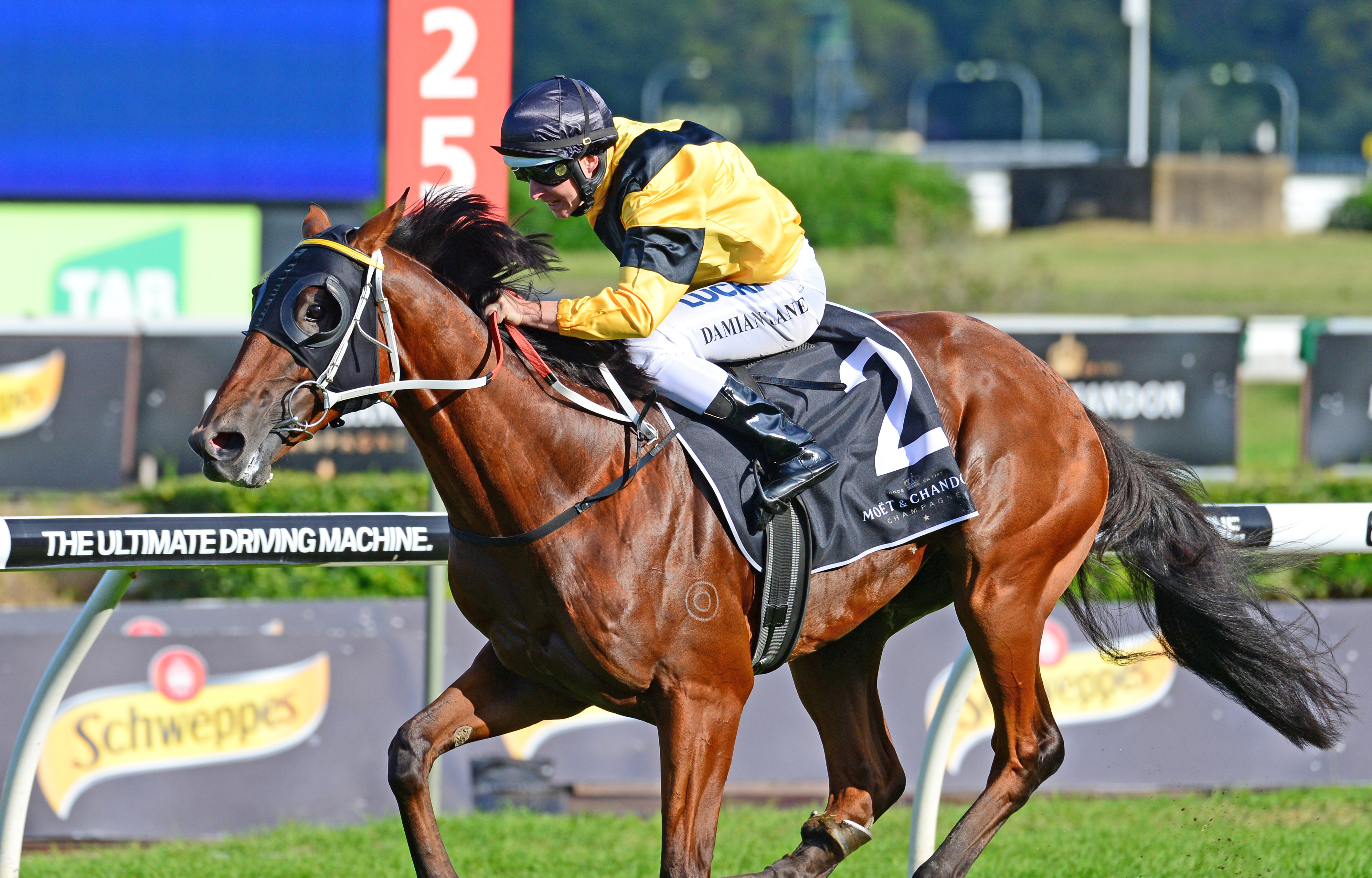 The Mission takes out the Gr.1 Champagne Stakes on Saturday (Lisa Grimm).

Paul Perry isn’t about to dig out the top hat any time soon.

The Newcastle trainer and his lightning fast horse, Choisir, lit up the globe 14 years ago by capturing the King’s Stand Stakes and Golden Jubilee Stakes at Royal Ascot … trail blazers for Australian racing and breeding.

Although Perry was a long way from Ascot last Saturday, he did venture to royal turf, of sorts, with his exciting 2YO colt, The Mission, winning the Group One Moet & Chandon Champagne Stakes (1600m) at Royal Randwick.

The Mission is a son of Choisir, who has been based at Coolmore Australia since the spring of ’03 and has produced over 900 winners, 78 of them at stakes level.

The Mission became his 11th Group One winner after leading throughout in the Champagne and while Perry isn’t even hinting at a return to Royal Ascot at this stage, the trainer can see distinct similarities between father and son.

“Choisir was a bit difficult to get into a pattern early on,” Perry points out, referring to The Mission’s tendency to race greenly.

“The Mission has shown something all the way through but is probably his own worst enemy. In his previous start (the Group One Inglis Sires’ Produce) he was slow out, got held up and nothing went his way.

“He jumped well on Saturday though and is pretty smart … I knew he’d keep going once he was out in front.”

The Champagne Stakes was The Mission’s eighth outing and his second win at stakes level, having earlier captured the Group Three TL Baillieu Stakes at Rosehill on 25 March.

“We’ll tip him out for a spell now and bring him back for the spring,” Perry explains. “Based on the Champagne I think he’s a genuine contender for the (Group One) Caulfield Guineas … the mile around Caulfield should be perfect for him.”

Perry has trained a “fair few but not a great lot” of Choisirs in his time and always keeps an eye out for the progeny at sales. Such was the case at the 2016 Gold Coast Magic Millions Yearling Sale when he went searching for the colt from My Amelia.

“He was actually in the second catalogue and due to sell on the Sunday,” Perry recalls. “I remember thinking that it was a very good pedigree being out of a Redoute’s Choice mare that was a winner at two and the granddam, Carry on Cutie, had won a Champagne Stakes herself.

Great value indeed with the Champagne victory taking The Mission’s earnings to $411,925 … a figure that will surpass $1 million if he’s successful in the Caulfield Guineas.

Edinglassie Stud’s Mick Talty, who was responsible for selling The Mission as a yearling, sheds some light as to why the horse didn’t make it into the main session on the Gold Coast.

“He’s well bred alright, but wasn’t your typical Magic Millions horse,” Talty claims. “He was such a tall, gangly type of colt and he just needed time. It wasn’t going to take him long to fill out because he was a good doer and ate up everything you put in front of him, but I was a bit surprised that Paul (Perry) got him going so early. Then again, Paul’s a great judge and I’m really happy for him and the owners.

“The Mission looks like the type of colt that will keep on improving – I thought his run in the Sires’ was very good, so the Champagne victory didn’t come as a huge surprise.”

Edinglassie has now produced and/or sold a dozen Group One winners and has enjoyed a bumper 12 months.

Aside from the continued success and eventual retirement to stud of home-breds – the brothers Shooting To Win and Deep Field – and the sale of their dam, Listen Here for $3.4 million at the 2016 Magic Millions National Broodmare Sale, Edinglassie sold eight yearlings at the recent Inglis Australian Easter Yearling Sale, including a Zoustar half sister to Shooting To Win and Deep Field for $1 million.

Naturally enough, Talty will also be cheering on The Mission when he returns for the spring: “Unfortunately his dam (My Amelia) missed to Written Tycoon, but she has a lovely Rubick filly to go on with.”