Buying A Mare Is All About Me 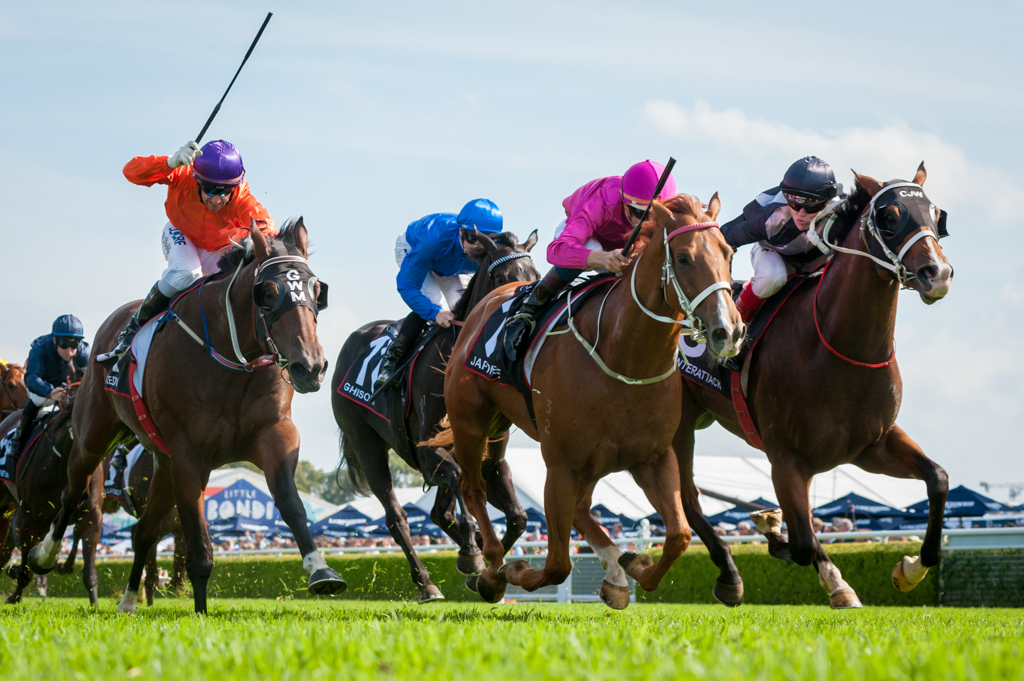 No-one in the thoroughbred industry would argue this sport doesn’t have its share of swings and roundabouts.

Trainer, Chris Waller, could be forgiven a wry smile following the Group Two Arrowfield Sprint at Royal Randwick on Saturday when two of his stable stars – Japonisme and Counterattack – ran 1-2 in a real head bobber: a gold plated spectacle on a day full of highlights.

Japonisme, bred and raced by the Ingham family, edged out the Geoff Grimish owned, Counterattack, this time around, but it was less than three years ago when Red Tracer (Grimshaw) edged out Catkins (Inghams) in the Group One Myer Classic at Flemington.

Des Saint and Scott Irwin have been around long enough to find their share of swings too, but there is no question the pair have jumped on the roundabout that is Japonisme, or more specifically Japonisme’s dam, Haiku.

Originally purchased by the Inghams – for $850,000 – as an Easter yearling, Haiku only raced the once, but as a daughter of Encosta de Lago and closely related to Group One winner Tapildo and the brilliant 2YO, Plagiarize, she would have always been given her chance in the breeding barn.

Producing a Fastnet Rock (one win), a Choisir (Japonisme) and a Stryker (unraced), Haiku was then placed – in foal again to Choisir – in the 2014 Inglis Easter Broodmare Sale where she was purchased for $50,000 by James Harron Bloodstock on behalf of Newgate Farm.

Sending the mare to its resident stallion, The Factor, Newgate would subsequently consign Haiku to the 2015 Magic Millions National Broodmare Sale.

Enter astute bloodstock agent, Paul Guy, who was on the lookout for a mare for Saint & Irwin and Haiku definitely caught his eye. It caught the new pair of owners’ appreciation as well when Haiku sold for just $27,500.

At that stage, Japonisme had raced just three times – his best a three length second in a midweek race at Warwick Farm.

After the sale? Four wins in succession, culminating in the Group Three San Domenico at Rosehill Gardens. Then, two months on, Group One victory in the Coolmore Stud at Flemington. This time in? A third in the Lightning Stakes, beaten a neck, a third in the Group One William Reid, beaten a neck, and, as of Saturday, victory in the Arrowfield Sprint.

That $27,500 is looking cheaper by every Japonisme start.

Irwin is definitely counting his blessings: “Des and I adopted a theory when we first began breeding together some 20 years ago where we attempt to purchased mares that were once high-priced yearlings.

“So, you can imagine how we felt when Japonisme started winning, which was only enhanced by the first North American crop of The Factor averaging so well overseas.

“She is by Exceed And Excel from the Champion 2YO, One Under, and produced a Sizzling filly last spring.

“As for Haiku, she is now back in foal to Horse of the Year, Dissident, who stands at Newgate and I’m fortunate enough to have a share in him as well.”

Forget the swings … that appears to be a lot of roundabouts!

Hoofnote: Sporting some of the most famous silks in Australian racing, Japonisme is being targeted for the Group One BTC Cup, a highlight of the Brisbane Winter Carnival, and Lyn Ingham couldn’t be happier.

“We’ve been fortunate to race Group winners like Catkins and Dystopia, but Japonisme was our first Group One winner (since the Ingham Bloodstock empire was sold to Darley in 2008) and, even better, we bred him as well!”