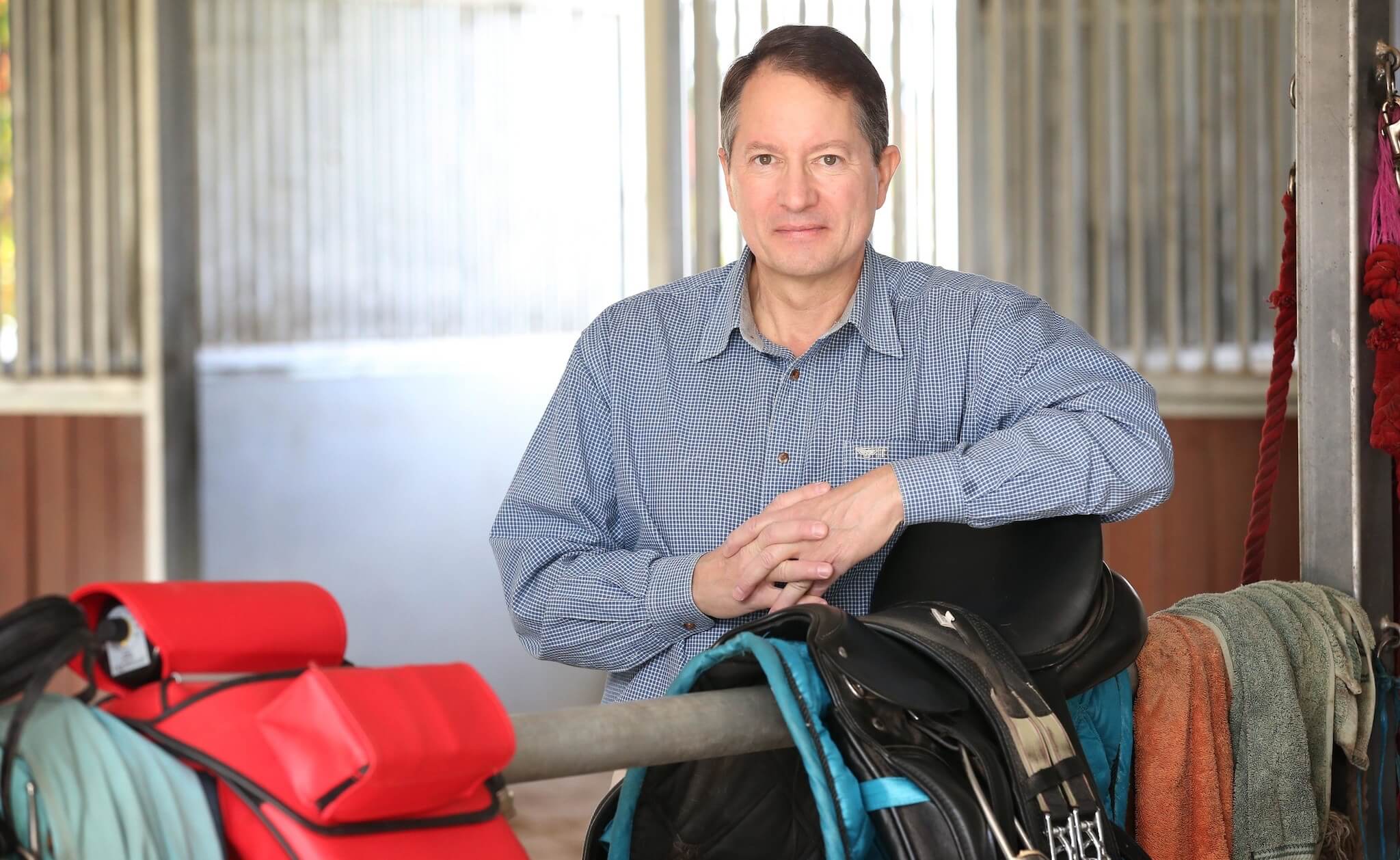 With a lifetime involvement in horse racing and one of Western Australia’s most eminent veterinary surgeons, Professor John Yovich has a fair idea what a good galloper looks like.

Getting his first horse at age six (OK, it was his father’s horse, but let’s not split hairs), Yovich has long had a fascination with our four legged friends.

Fortunately, Yovich has raced some handy types along the way including the “most brilliant” Pago Mystery, who was unbeaten at two and a multiple stakes winner, before injuring a tendon when second in the (now Group One) 1990 Memsie Stakes at Caulfield. Pago Mystery would go on to sire the Australian-bred Group One Doncaster Racing Post Trophy winner Saratoga Springs.

Along the way, Yovich has paid the feed bills for some 10 individual stakes winners, but had never owned one that won its first six races.

Well, that is until boom Perth filly, Chantrea arrived on the scene.

Stepping out as hot favourite for the Listed Belmont Classic over 2200m on Saturday – suitably on the back of a dominant display in the Listed Belmont Oaks two weeks earlier – the Lindsey Smith trained, Chantrea, hit this one over the fence too: albeit not as convincingly as previous outings.

Despite surging to the lead 200m from home, Chantrea was getting plenty of attention this time around from eventual runnerup, Heaven’s Gift, before ultimately prevailing by a neck.

Chantrea will now get some R&R in the paddock and is unlikely to race again until the Perth summer.

And while the tight finish gave favourite backers some heart murmurs, Yovich was equal parts pleased, philosophical and proud.

“That’s the thing with fillies and mares: everything can appear to be OK on raceday and they look terrific, but sometimes you really don’t know if they are at the end of their campaign until they jump,” Yovich points out. “When I was watching the race on Saturday she just didn’t seem to settle like she normally does, but I’m impressed and excited by the manner she dug in over those final stages. (Jockey) William Pike told me after the race that when she saw the other horse coming she picked up again and wasn’t going to let her go past.

“We’ve been patient with Chantrea from the word go and she had several trials before racing for the first time in January. She won the first two at Bunbury, was tipped out for a while and then has won the last four at Belmont. She’s quite a big horse and is still filling out. They put a lot of energy into growing and that’s always a factor nearing the end of a campaign.

“Some were suggesting right from the very start that she should go straight to town, but we wanted to build up her confidence and I reckon that showed on Saturday.”

Now the world – or at least the east coast – appears to be Chantrea’s oyster, but again Yovich isn’t going to rush.

“You really need to be quite judicious how you place these horses and when you go from three to four years as their rating goes up … you need to program carefully between set weight and handicap races,” Yovich muses. “I’m not sure if she’ll head east for her next campaign – especially with all the concerns over coronavirus – but it’s likely she’ll eventually have a tilt at some of the major races in Melbourne.”

While Chantrea is clearly a fly by day, her breeder/owner is anything but a fly by night and his commitment to the WA industry is total. The managing director of Perth Racing, a former committeeman of the Western Australian Turf Club and previously General Manager of Racing and Wagering Western Australia, Yovich was also Vice Chancellor and President of WA’s Murdoch University from 2002-2011.

Becoming a vet in 1981, Yovich would spend several years in North America before returning to Australia in 1988.

“I bred and raced quite a few with my father until he passed away in 2005,” Yovich explains. “I grew up on a farm and I’ve always loved horses since my father brought that first one home. I loved the horses and took to looking after them, and, I guess I did a relatively good job because we kept getting more of them. I registered my own set of colours and brand not long after our first winner.”

Although Yovich is well and truly kept on his toes with administrative roles, he and his family are based on a property just 20 minutes out of Perth where they also breed warmblood showjumpers.

“I did a lot more veterinary work before I joined the ‘dark side’ (administration),” Yovich adds with a laugh, “but I still keep a pretty close eye on horses owned by friends and those we have here on the farm.”

Ironically, Yovich had scaled back on his breeding and racing interests and currently has just two in work and breeds from a handful of mares.

“I’d had a quiet run there for a while and sold a few runners, but Chantrea’s arrival on the scene gives one a lift and I might have to go and do a bit of shopping.”

(It’s worth pointing out that Professor Yovich was warned, prior to making the ‘shopping statement’, that this article was likely to be read by several bloodstock agents/trainers!).

“I really liked Puissance de Lune as a racehorse … a flashy grey who could sprint and stay,” Yovich points out. “The Shamardal line is a perfect cross for Danzig line mares.

“The ‘lunar’ reference is how Chantrea gets her name too … Chantrea means ‘moon’ in Cambodian.

“Anyway, I was hoping for a grey but Chantrea turned out to be a chestnut like her mum. I’m hardly complaining though.”

Chantrea, meanwhile, is out of Yovich’s 4-time winning Danzig Connection mare, Mosse who was purchased – through John Chalmers Bloodstock – for $30,000 at the 2009 Inglis Broodmare Sale. The dam of nine winners from 10 to race, Mosse is a half sister to Group Two winning 2YO, Delago Mist (the dam of three stakes winners in Shrouded in Mist, Into The Mist and Instinction), and is closely related to Group One Newmarket winner and sire, Wanted.

Yovich would breed six of Mosse’s winners, including multiple Perth winners, Bourbon Dynasty (whom he raced with Chantrea’s co-owner, Katrina Felstead), and Le Patron, who he sold as a yearling, but Chantrea was ultimately Mosse’s final foal.

“She (Mosse) is happily living out her days as a nanny at Candice and Christoph Jentsch’s Heartford Thoroughbreds at Romsey in Victoria,” Yovich reveals. “They do a terrific job and that’s where Chantrea was reared.

“And although Mosse has left the breeding scene, I understand the current owners of Bourbon Dynasty and Le Patron are sending them to Puissance de Lune this spring.

“As for Chantrea, she is already valuable as a broodmare, but with any luck there will be many more successes on the racetrack before planning her mating.”