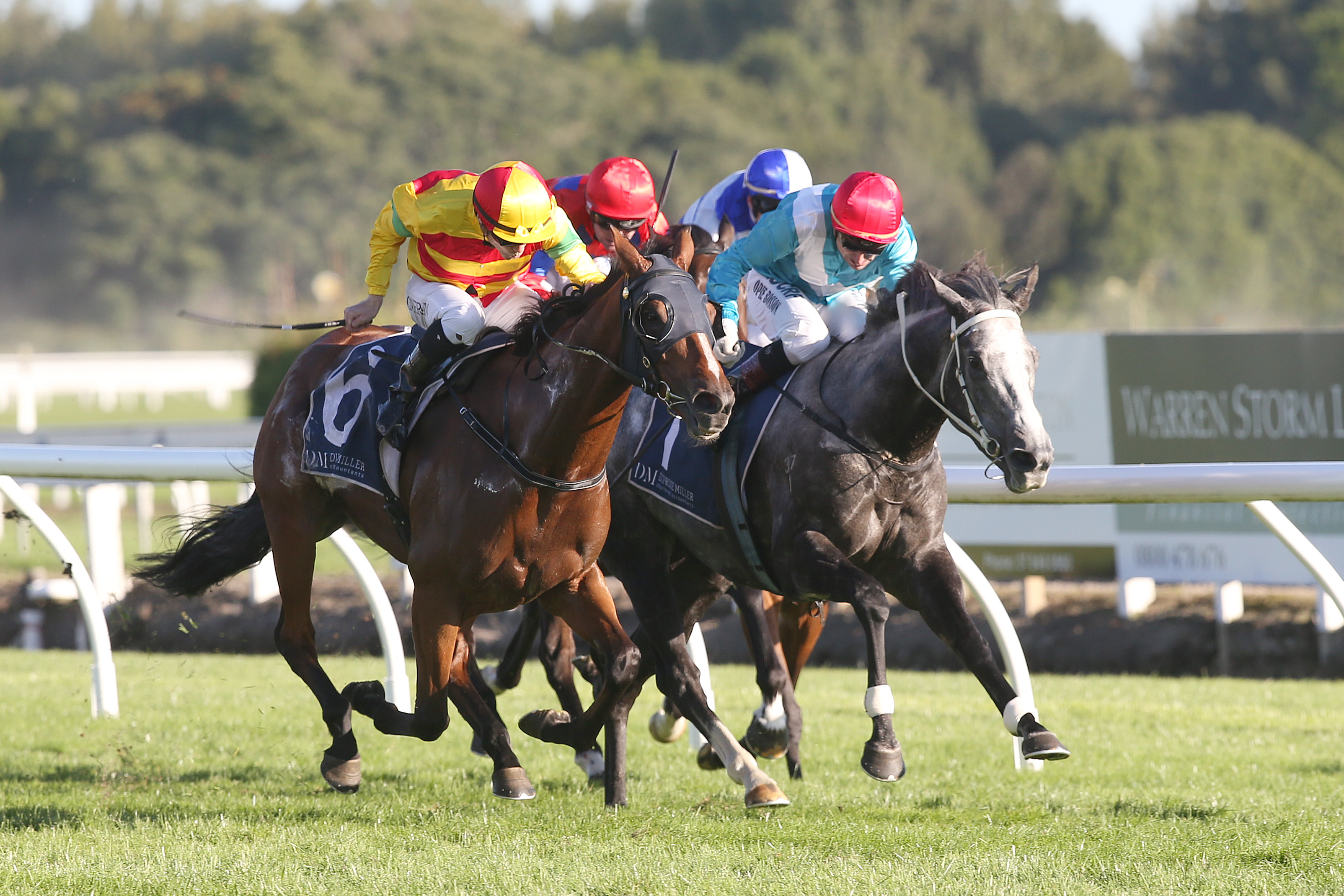 The success of Australian-bred gallopers across the Tasman continued on Saturday with the Group One victory of Charmont in the New Zealand Thoroughbred Breeders’ Stakes (1600m) at Te Rapa.

Bred and raced by Bob Emery, Charmont is by the late Coolmore stallion, High Chaparral, from a family rich in black type, and this was the first win at the elite level for the 5YO mare.

However, the Murray Baker and Andrew Forsman trained mare has been placed in the New Zealand Oaks, Royal Stakes, Sir Tristram Fillies’ Classic, Sunline Vase, Manawatu Classic and South Island Breeders’ Stakes and broke through for her initial black type victory in the Listed Wairarapa Breeders’ Stakes in February.

A granddaughter of Group One Mackinnon Stakes winner and Melbourne Cup runner-up, Champagne, Charmont now has four wins and 12 placings from 24 starts.

“I tried to sell her as a yearling but ended up passing her in and keeping her to race,” Emery explains. “She’s been a really good mare and it was great to see her get the Group One.

“I raced Charmont’s dam, Martique with Gai Waterhouse and she won a stakes race in Brisbane.

“Unfortunately Martique passed away a few years back, but I’ve got a couple out of that family including Martique’s half sister, Alamantra.

“I sold a Medaglia d’Oro filly out of Alamantra through Bhima Thoroughbreds at the Australian Easter Yearling Sale last week and she made $115,000.

“However, since then both Charmont and another close relation in Bonneval won Group Ones in New Zealand and Sydney … how’s that for timing!”

Charmont is the 17th Group One winner for High Chaparral, who also sired Whispered Secret to win the Listed ATC Fernhill Stakes at Royal Randwick for James Cummings earlier in the day.

Coolmore Australia’s Sales and Nominations Manager, Colm Santry admits that High Chaparral has been a big loss for the Australian thoroughbred industry: “It’s sod’s law isn’t it? No sooner does a good stallion pass away or retire before they get a bunch of good horses.

“High Chaparral was a fantastic stallion from very early on and his value has never been more apparent. He has had two Group One winning daughters in the last month while his son So You Think is an emerging force as a young stallion in the southern hemisphere.

“Much the same is true of Encosta de Lago who retired a few years ago, but has the likes of Chautauqua and English representing him of late.  Again, as in the case of High Chaparral, we are going to see the legacy of Encosta live on for decades through his offspring.

“As they say, class is permanent.”