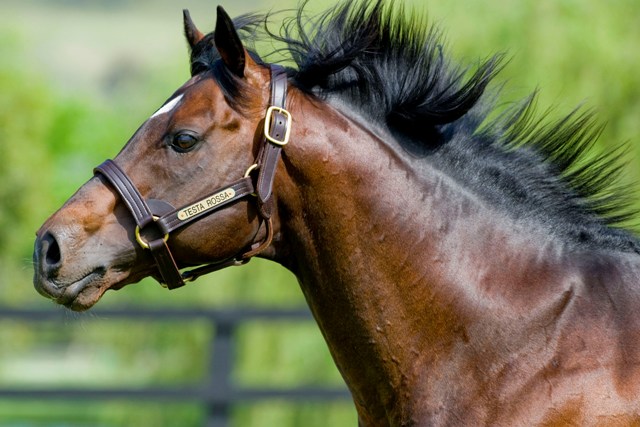 Adelaide trainer, Will Clarken, might have had mixed feelings as horses lined up for Saturday’s $100,000 Listed City of Marion Stakes (1200m) at Morphettville, but the sight of Cavaloce crossing the wire first cheered him up no end.

Clarken had a two pronged attack going into the feature sprint but Mio Dio, winner of his last three and part-owned by the trainer, became a late scratching after showing early signs of colic.

Cavaloce showed no signs of missing her stablemate though and hit the line full of running under jockey Todd Pannell to record her second stakes success after capturing the Durbridge Stakes in October.

(Clarken and Pannell also combined to win the City of Marion three years ago with Addiction to Rock).

“It was a crazy 10 minutes,” Clarken mused, referring to the late scratching of one and win of the other. “Cavaloce will likely have her next start at Flemington in the (Group Three) Standish on New Year’s Day … three weeks between runs should work out perfectly for her and then we can think about getting her ready for some races here (Adelaide) during our carnival.”

Now a 6YO mare, Cavaloce appears to have found a new lease of life since switching to Clarken mid year and has produced four wins – two at black type level – a stakes third and a Group fourth from eight starts for the stable.

It’s also been an auspicious purchase for Bell View Park Stud which snapped up the Testa Rossa sprinter a couple of months ago and follows on nicely from last week’s Festival Stakes win by Sweet Redemption – a mare they bred and sold as a yearling.

“That was a really nice win on Saturday,” Bell View Park’s Adam Mackrell enthused. “When she (Cavaloce) came onto the market we snapped her up, but decided to keep her with Will as he’s doing such a great job. Since we purchased her she has won the Durbridge, ran really well at Flemington on Cup Day, won the City of Marion and, hopefully, has a few more wins in store.”

Cavaloce was bred by Bernie and Jan Mortimer’s Townsings Lane Farm and sold for $56,000 through Supreme Thoroughbreds’ draft at the 2011 Inglis Great Southern Weanling Sale.

“I remember her well … really neat type of filly,” Supreme Thoroughbreds’ Neil Shaw explains. “We’ve had a lot to do with Bernie and Jan over the years … as a matter of fact, on the strength of that filly, we bought into the dam (Refit) as well.

“Actually, Bernie and Jan’s place at Diggers Rest (Victoria) is one of four Supreme properties and the ‘home’ for our broodmares.

“That’s where Cavaloce’s mum is right now … she has an unraced Foxwedge 2YO which we’ll race ourselves and a lovely foal at foot by Smart Missile. She’s had a bit of trouble getting in foal two years in a row, but was covered by Brazen Beau this spring and is currently in foal … fingers crossed!

“We don’t have a yearling full or half relation to Cavaloce, but we’ve got 43 for the Melbourne Premier in February, so we’ll be pretty busy regardless.”

Shaw and wife, Sue, set up Supreme Thoroughbreds 10 years ago with Brent and Adrienne Grayling and the 2017 sale is the eighth Premier for the farm.