Classic Is The Right Play For Durrant 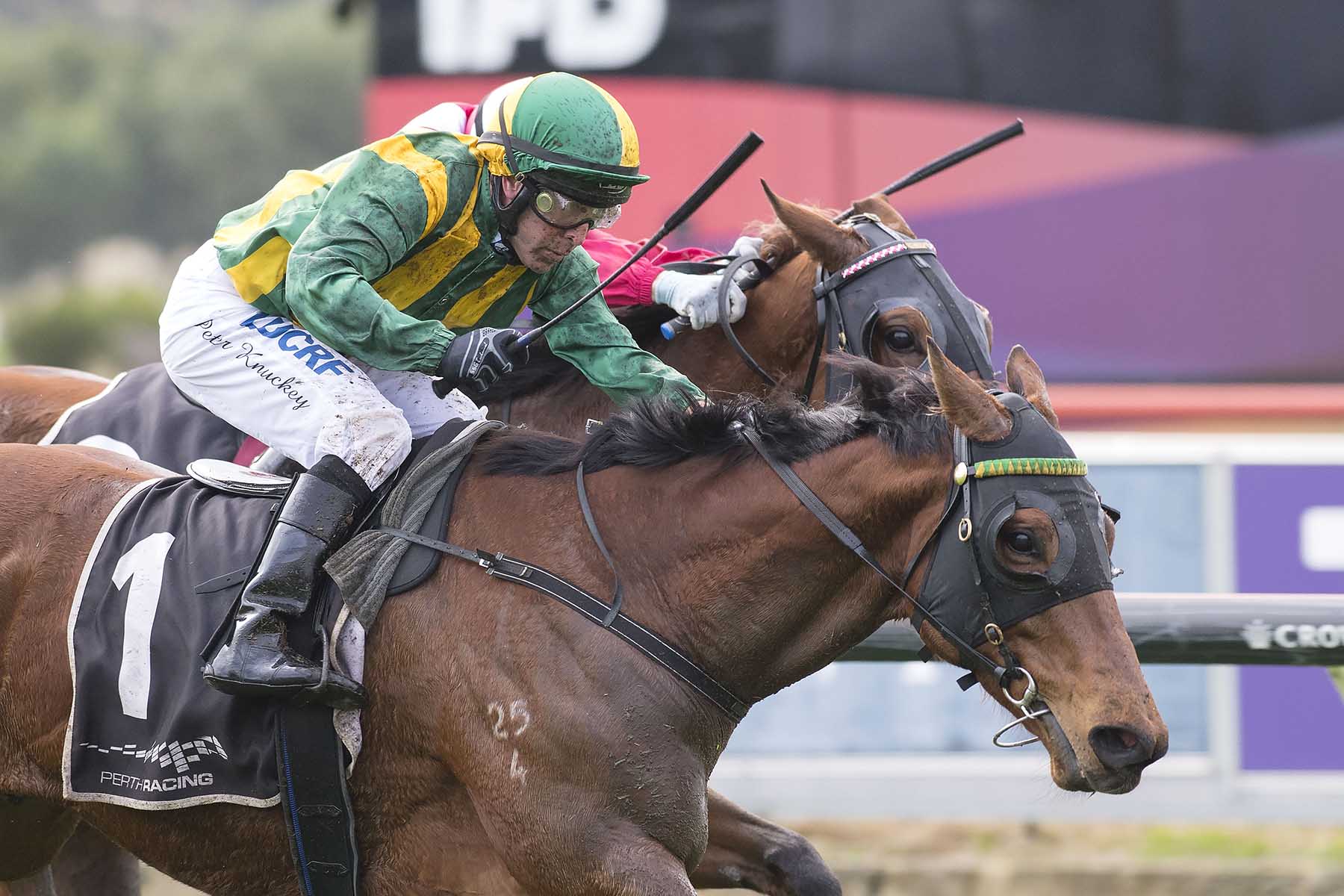 The Adam Durrant trained, Come Play With Me, has established his bona fides as one of the West’s premier gallopers following a rock solid performance in Saturday’s Listed Cicerello’s Belmont Classic over 2200m.

The Blackfriars 3YO has now won four on the trot – five from his last six – and the Belmont Classic takes his overall record to eight wins from 16 outings and a tick over $400,000 in stakes.

It was also Come Play With Me’s second stakes win, having captured the Listed Aquanita Stakes just a fortnight earlier.

Consequently, the rising stayer’s future looks fairly bright and, although Come Play With Me will be sent for a well earned spell, his return to racing won’t be confined to western climes as Durrant has intimated his horse might well campaign in Victoria and South Australia next year.

However, it was only a few months back that Durrant was questioning whether his early faith in Come Play With Me might be misplaced.

“I thought he was one of the best 3YOs I’d had but then he ran near last first up at Geraldton in April,” Durrant mused. “That didn’t do much for my confidence in the horse but the red light started flashing at his next run in the (Group Two WA) Derby and he’s just kept progressing from there.”

With only two metropolitan meetings remaining for the 2017/18 season, Durrant has virtually sealed his 7th metropolitan premiership, while the Belmont Classic has given the stable its 11th black type winner for the season, one clear of nearest rival Grant and Alana Williams.

Adding to Saturday’s success is that Come Play With Me was bred by Durrant’s parents, Geoff and Vicki.

“The family has around 10 mares and we race all the progeny,” Durrant explains. “That means we’ve usually got five to seven new horses coming through every year.

“Come Play With Me’s dam, Russian Playmate, was a very good mare for us and won a couple of stakes races (Starstruck Classic and La Trice Classic).

“Come Play With Me is her second foal and his 2YO full brother, Black Russian, will make his debut at Belmont on Wednesday. There is also a rising 2YO and yearling out of the mare, both of them by Blackfriars too.

“The mare missed to Snippetson last year but she’ll likely head back to him again this spring.”

Come Play With Me’s success also underscores the tremendous loss of Scenic Lodge’s Blackfriars – not just to Western Australia but the industry at large.

The Danehill stallion died last December and Come Play With Me is among 39 stakes winners for the sire (427 winners overall) which include 5-time Group One winning sprinter, Black Heart Bart, Playing God, God Has Spoken and Black Tycoon.

The silver lining is that Blackfriars covered 88 mares last spring so his presence is likely to be felt for years to come, while Snippetson – one of three stallions standing at Scenic Lodge this spring – is the sire of 12 stakes winners including Group Two winners Fast Clip and My Popette, plus 2018 stakes winner Snippets Land.