Snappy Holburt Gets The Winning Edge 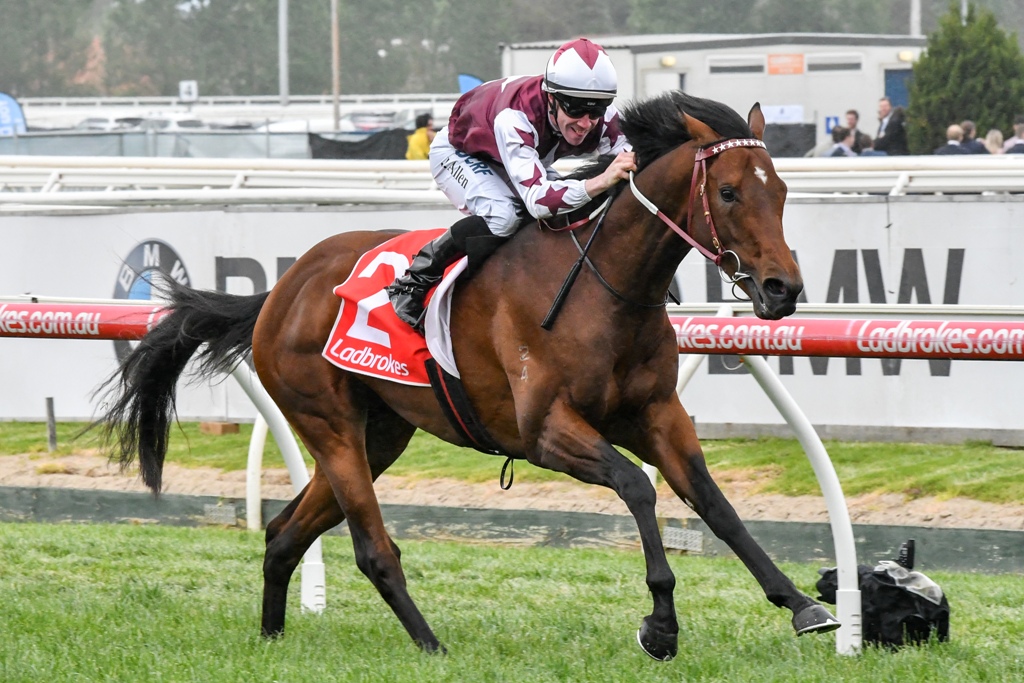 Victorian race photographer, Ross Holburt, is a firm believer that breeding horses is not a caper for the faint of heart, but occasionally you can be rewarded for your “persistence”.

On Saturday at Caulfield, Holburt was happily snapping away as the field approached the finish line for the Group Three Ladbrokes Classic over 2000m, doing his best to remain composed as the flashy bay colt, Cliff’s Edge, maintained his position at the head of the pack.

In the end, they just couldn’t catch the front runner, with the Darren Weir trained youngster racing away to score by nearly three lengths.

Holburt, along with brother and fellow photographer, Brett, bred Cliff’s Edge from their Snaadee mare, Simulation, and – wisely – decided to keep a share in the colt after being purchased by John Foote for $60,000 at the 2016 Inglis Melbourne Premier Yearling Sale.

“It was a huge thrill … wins like that don’t come along every day,” Holburt points out. “Brett and I only ever breed from a couple of mares and that’s down to one now given that Simulation had to be put down last November after a massive colic attack.

“Fortunately, she had a Danerich colt, about which we were informed the other day, has been accepted for Premier II next year. Maybe even an upgrade to P-1 based on Saturday’s win?

“The only other mare out of Simulation that we kept was a Rubiton called, Rubellite, whom we nicknamed the ‘money pit’ after she suffered a paddock accident and, despite doing our best to save her, she too had to be destroyed.

“We raced Cliff’s Edge’s half brother, Delago’s Lad, who was showing a lot of promise heading into the 2011 Golden Rose, but he had a heart attack and dropped dead one morning at trackwork.

“Our only other mare, Miss Josephine, foaled down a lovely Puissance de Lune colt last spring, but wouldn’t you know it, he ended up with a hernia and had to be put down as well.

“So yes, don’t let anyone tell you that you won’t encounter your share of lows in this industry, but when days like Saturday come around, it makes it all worthwhile.”

Cliff’s Edge is by the former Blue Gum Farm based stallion, Canford Cliffs, who stood for five springs in Australia before remaining in Ireland after the 2016 season.

“Canford Cliffs was a brilliant miler who won five Group Ones and I was there when he took out the St James’s Palace Stakes at Royal Ascot in 2009,” Holburt adds. “It would have been six Group Ones if he didn’t run into Frankel and I was a little surprised when he didn’t get much better support when standing in Australia.

“Anyway, he produced a cracking foal in Cliff’s Edge and Leeanne Smith of Bucklee Farm did a super job prepping him for the Premier. He certainly caught the eye of a very good judge in John Foote.”

Cliff’s Edge was one of four stakes winners at Caulfield on Saturday for Weir and one of two snapped up at the Melbourne Premier on the trainer’s behalf by Foote.

Weir was quick to laud Foote post race, praising the respected bloodstock agent for “buying another good cheapie”, while other Foote purchases on behalf of Weir include Melbourne Cup winner, Prince of Penzance and dual Group One winner, Trust In A Gust.

“I only buy the ones I like and I liked him a lot,” Foote recalls of his first encounter with Cliff’s Edge. “He was a really nice colt with a different sort of pedigree and, to top it all off, wasn’t too expensive.”

Cliff’s Edge has now raced on eight occasions for four wins, two seconds and $456,810 in stakes.

Meanwhile, Cliff’s Edge’s “persistent” breeder and part-owner is unsure as to the colt’s plan of attack – “we leave that entirely up to Weiry” – but rest assured, if the youngster wins the $1.5 million Group One AAMI Victoria Derby over 2500m at Flemington on 4 November (he is currently a $5 pre-post favourite) Holburt won’t be short of a photograph for his wall.