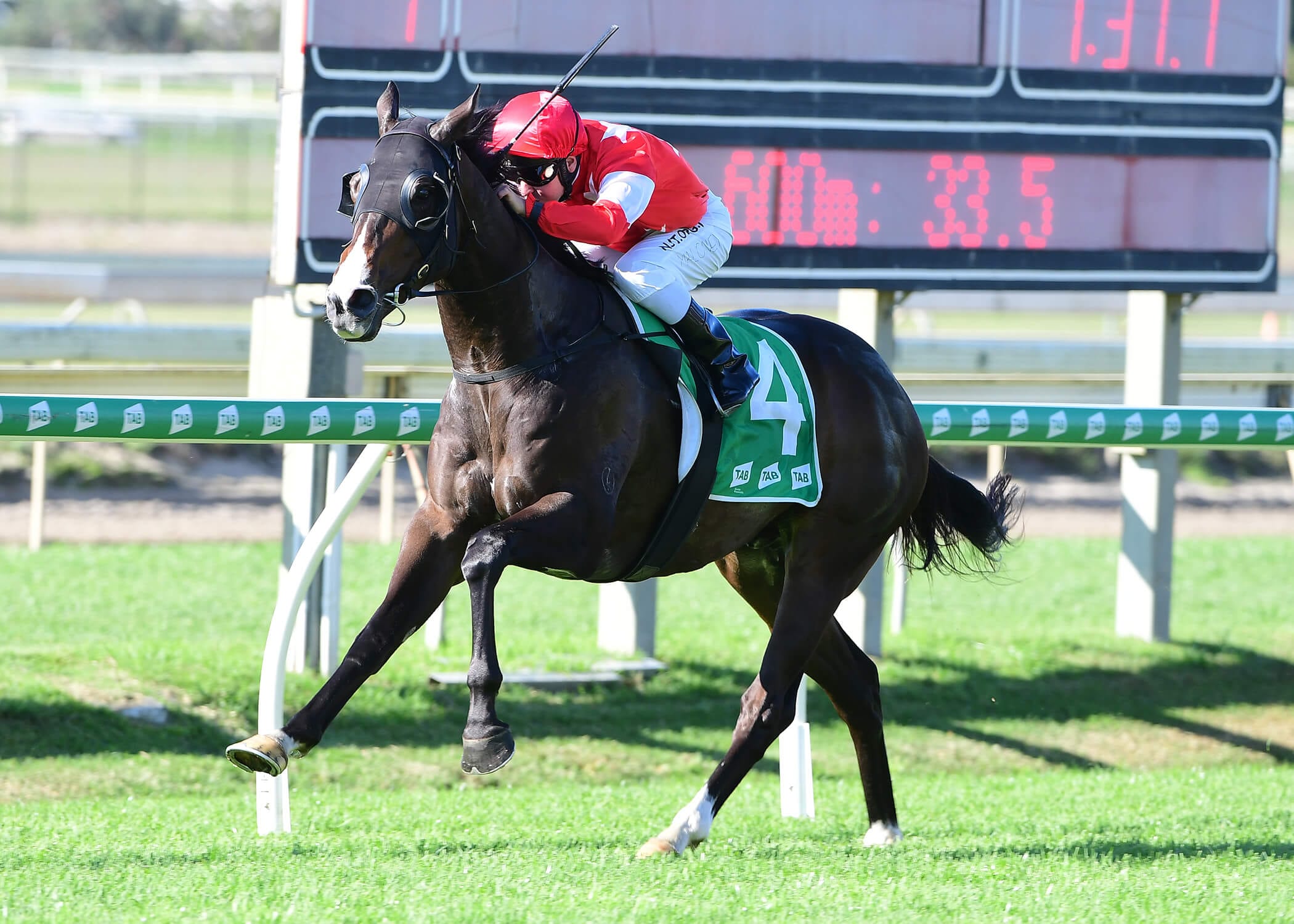 Let’s face it, any win is special.

However, the victory of 5YO gelding, Cloak, in Saturday’s TAB Long May We Play Handicap over 1615m at Doomben, carried plenty of significance for Group One winning trainer, David Vandyke.

Cloak was previously raced by all-powerful Godolphin operation where he won two races and finished second in the Group Three Spring Stakes at Newcastle, but the Medaglia d’Oro galloper has since compiled an unblemished record – three from three – following his switch to Vandkye’s Sunshine Coast stable.

“Cloak is owned by some very good friends of mine in Murray and Susan Keating,” Vandyke explains. “Quite a few years back when I was working with Tim Martin at Tamworth, I actually lived at Murray and Susan’s place.

“When I decided to get back into training, they took a share in the first horse I purchased at a sale and they also had a small share in Less Is More that won a stakes race (Listed Premier’s Cup) and was Group placed for us.

“Murray phoned me earlier in the year and asked if I’d be interested in taking on Cloak and I have to admit that when I first saw the horse, I didn’t have a big opinion of him. He’s quite a tall horse and a bit soft but has absolutely thrived up here in the
sunshine. A new lease of life.

“Murray and Susan don’t have a lot of horses and they were keen to win a city race on a Saturday with a galloper that they own themselves … and now Cloak has pulled it off.”

Vandyke hasn’t settled on any long term plans for Cloak – “there’s a Class 6 in four weeks” – but believes there is only upside from here: “he’s a gelding so we’re not concerned about chasing black type. It’s all about maximising returns for some genuinely nice people and having a lot of fun along the way.”

And ‘fun’ is just the way Murray Keating would describe Cloak’s resurgence.

Although the Keatings weren’t trackside on Saturday, Murray confesses to being a tad nervous despite Cloak starting a warm $3 favourite at Doomben.

“My father, Terry, isn’t in to horses very much, but is a huge fan of David and keeps an eye on most of his runners. He rang me on Friday to see how the horse would go,” Keating reveals. “I think he ended up tipping it to a few of his mates at the golf club, so the pressure was on!”

Managing director of JT Fossey – a car and truck dealership that has divisions in Tamworth and Gunnedah – Keating’s fascination with the other kind of horsepower is lifelong.

“My mum bought me a share in a racehorse for my 18th birthday and I just love them … I’ve made some very good friends through racing and it’s a real tight knit community up here,” Keating points out.

Cloak is among 928 winners for Darley’s super sire, Medaglia d’Oro (141 stakes winners including Golden Slipper winner and sire, Vancouver) and is out of Lonhro’s Group winner of seven races in Screen.

Closely related to Champion 2YO, Dracula, and Group One Champion Stakes winner, Complacent, Screen is also the dam of Exceed And Excel stakes winner Inquiry.

Offered at the 2019 Magic Millions National Racehorse Sale, Keating would snap up Cloak for $25,000.

“I’d purchased a couple of tried horses from Godolphin previously and actually had my eye on a horse called Ligulate who was sold a few lots before Cloak.

“I missed out on Ligulate, who went on to win this year’s Tamworth Cup, but managed to get Cloak and thought he was excellent value. Susan turned around to me and said ‘not ANOTHER horse’, but Cloak has won around $90,000 since going to David and we’re having a lot of fun with him.”