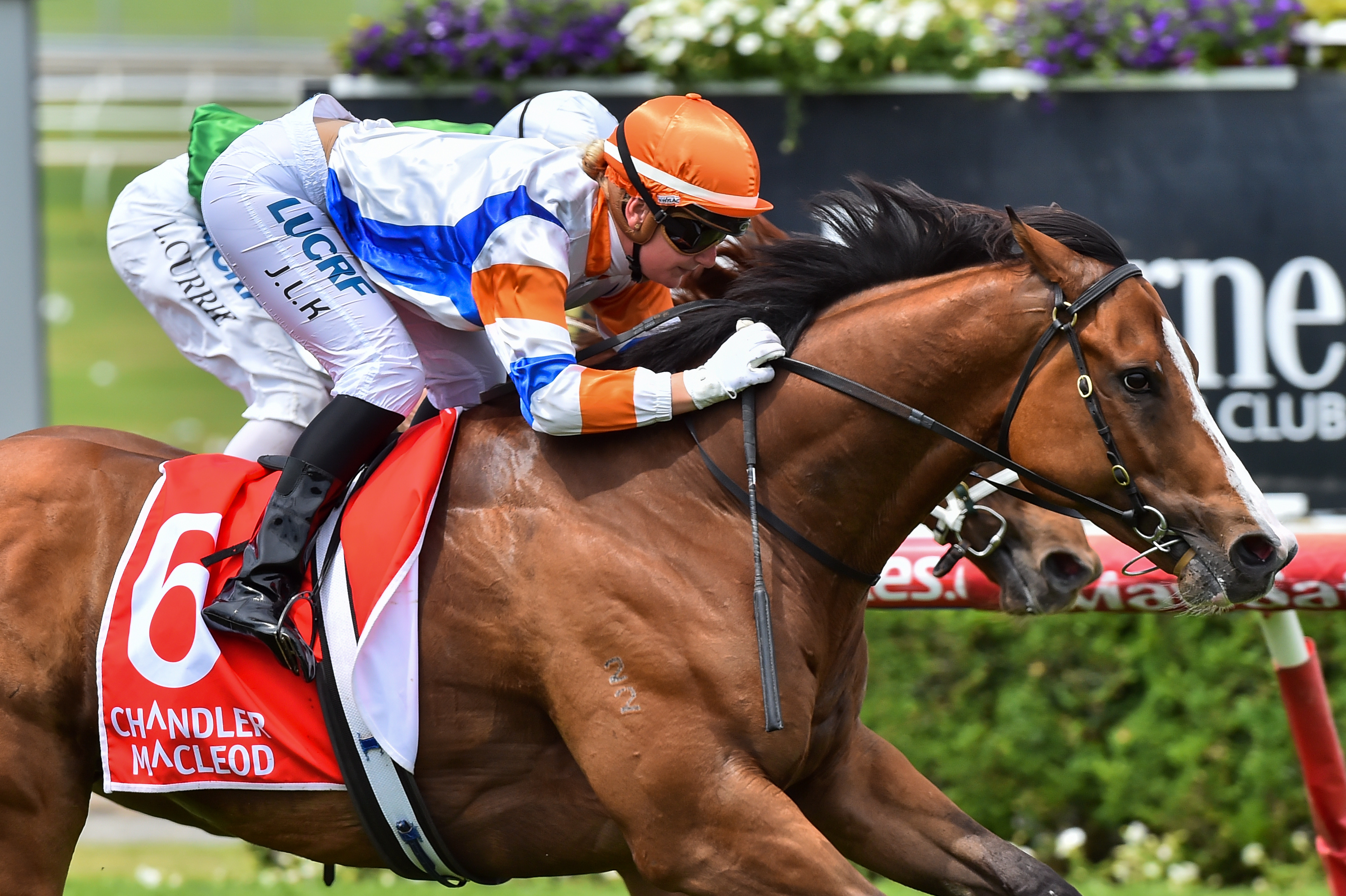 Saturday’s Group Three Chandler Macleod Recruitment Stakes over 1500m at Sandown Hillside appears to have signalled the rise of another star of Australian racing in Dollar For Dollar.

The Tony McEvoy trained 5YO had previously compiled six wins and a second from 11 outings and Bill Cockram couldn’t be happier.

Cockram’s Shadow Glen Stud in Victoria bred the flashy son of High Chaparral and, according to the long-time breeder, the association runs deep.

“There’s no question that racing a Group winner is something momentous … can’t happen often enough,” Cockram points out. “However, when you breed and raise them it takes it to another level. You form a special bond with them and Dollar For Dollar is a case in point.

“Dollar For Dollar actually foaled down at 10am which is unusual for mares given the majority of foals are born in the dark of night.

“Our farm manager, Brett Bennet, and I were there when the mare – Pretty Penny – began foaling and it quickly became apparent that it was going to be a difficult birth. It was really touch and go there for a while and we could well have lost Dollar For Dollar.

“What a stunner he was though when he came out … these four white socks and a blaze.

“Right from the word go he was full of himself … always confident and more than a little bit naughty. He was constantly rearing up on Pretty Penny’s back and giving her hell.

“What’s more, he took full advantage of his good looks to lure in unsuspecting visitors, only for them to walk away with the colt’s trademark teeth imprints on their arm after trying to give him a pat!

“Both my wife, Silky, and I put a lot of time into the colt and while he was always a handful – not to mention mouthful – he was also highly intelligent.

“When Dollar For Dollar was a yearling – and this was a long time before our yearlings were being prepped for sale – Tony McEvoy visited the farm and he fell in love with the colt. He left with a 50% share in the horse.

“Dollar For Dollar showed great promise from early on but needed plenty of time to mature (making his debut at Gawler in April last year as an autumn 3YO).

“Having that patience though is rewarding us in spades.”

After a short let up in August, Dollar For Dollar has peeled off four straight since winning at Morphettville in early October and will now head for a brief break before returning in the Listed Chester Manifold Stakes over 1400m at Flemington on 13 January.

It’s been a purple patch for the Cockrams who part-own Crown Oaks/Caulfield Cup/The BMW winner, Jameka, and have bred and/or raced numerous members of the Hey Doc family.

Also trained by McEvoy, Hey Doc won the Group One Australian Guineas in March and, most recently, the Group One Manikato Stakes at Moonee Valley on 27 October.

“We raced Noble Glow, Hey Doc’s granddam, with Tony (McEvoy) and also bred and raced Hey Doc’s dam, Heyington Honey. She was a very quick horse Heyington Honey, but had some problems. Turned out to be quite successful in the breeding shed though!”

Given the continued success of Dollar For Dollar and Hey Doc, don’t be surprised to see McEvoy wandering around the Cockrams paddocks again some time soon.

Meanwhile, Hey Doc’s breeder and part-owner, Adrian Hall, is yet another to ride a wave of success given that he too bought into Dollar For Dollar.

“I had been following the mare, Pretty Penny, who is also the dam of (Group Two) Zipping Classic winner, Sertorius, and Melbourne Group winner, Clifton Red, plus two other stakes horses (I Am Titanium and Fortune of War),” Hall reveals.

“Anyway, when the opportunity came up to buy into the ownership of Dollar For Dollar, I decided to get involved. It took him a while to mature, but it’s certainly paying dividends now.”

Not surprisingly, there was plenty of interest in the mare and she was eventually knocked down to Colm Santry for $570,000 on behalf of Dennis and Claire O’Brien of Clairden Racing.

Pretty Penny duly produced a Brazen Beau filly which will be offered at the 2018 Inglis Australian Easter Yearling Sale, but lost her Vancouver foal last month, before recently being covered by US Tripale Crown winner, American Pharoah.