Col ‘N’ Lil To Stand Out From Crowd 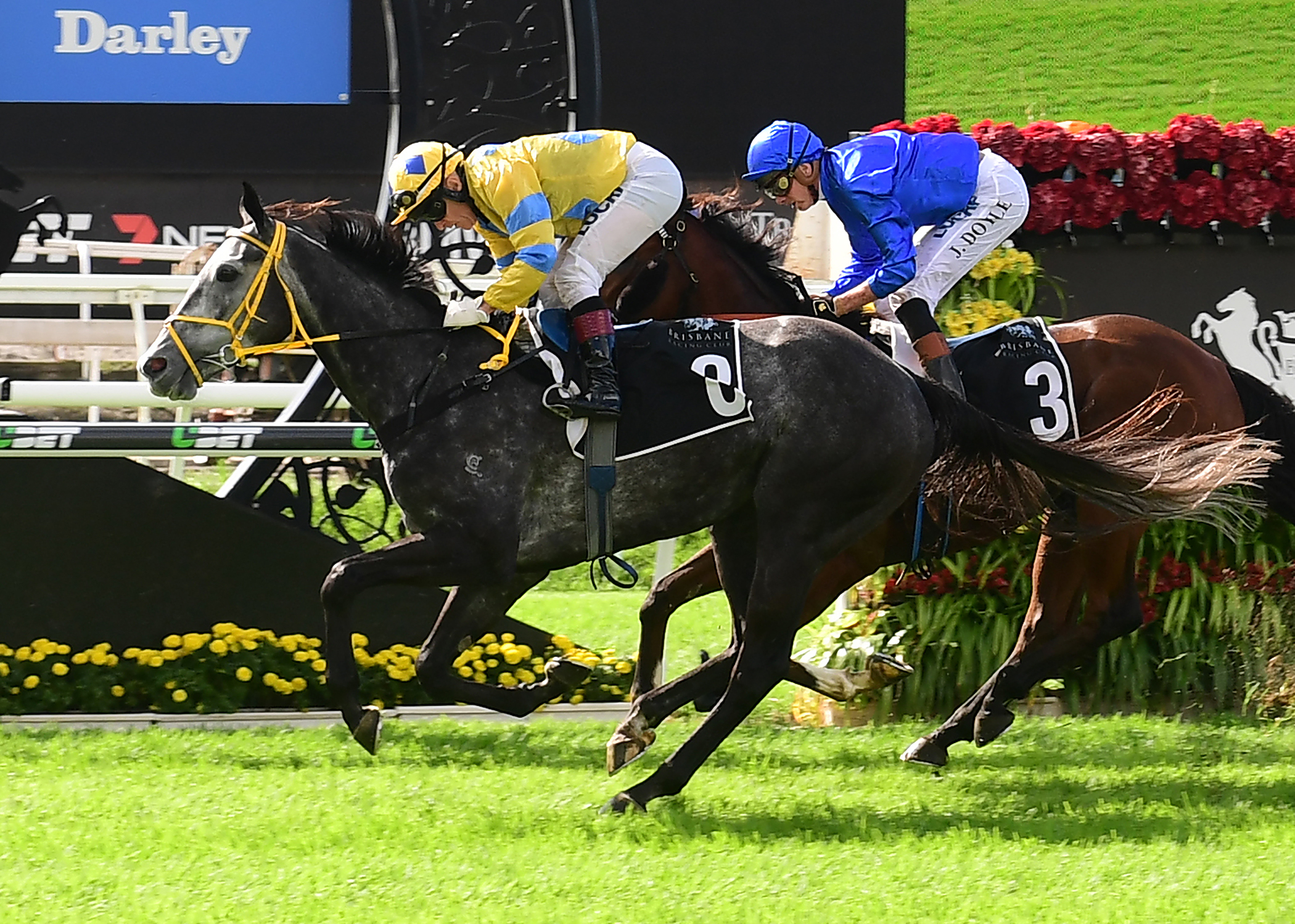 If you happen to be one in a thousand, it can be a little difficult to stand out from the crowd.

It’s a dilemma that many an owner faces on the Gold Coast this week as the jam-packed broodmare section of the Gold Coast Magic Millions National sales series commences on Tuesday.

It’s less of a problem now for Kim Mccasker, however, with his flashy grey mare, Col ’n’ Lil, adding a Group Three Lord Mayor’s Cup over 1600m at Eagle Farm to her record on Saturday.

Col ’n’ Lil is poised to enter the ring around noon on Tuesday – Lot 679 – and with her record now at eight wins and 13 placings from 35 starts with close to half a million in stakes, buyer interest is likely to be substantial.

Toowoomba trainer, Ben Currie, would obviously like to keep racing the mare as “she’s only had the four runs this time in and, even if she goes to stud this year, has a couple of months of racing left in her”, but admits Col ’n’ Lil’s ultimate destination is in the lap of the gods.

Col ’n’ Lil is clearly racing in career best form. Although a neck second in the Listed Princess Stakes and runner-up in the Group Two The Roses as a 3YO, it’s her latest stint that has everyone taking notice: resuming with a win in the Listed Weetwood at her home track, a second at Doomben, a slight blot on the copybook with a 10th in the Group Two Hollindale earlier this month and now Saturday’s Group victory.

“She’s been a beauty,” a clearly smitten Currie points out. “I purchased her out of the paddock as a yearling on behalf of Kim and she’s been a terrific performer for the stable.

“There’s quite a few options for her, regardless of where she ends up after the sale. The Ipswich Cup (over 2150m on 17 June) appears to be ideal, but there’s also a Listed race over a mile (RadioTAB The Wayne Wilson) at Eagle Farm in a fortnight.”

Training for around seven years, Currie has some 60 in work – half a dozen for Mccasker – and aside from Col ’n’ Lil, his other stakes winners include Rothera and With A Promise.

Col ’n’ Lil is one of two multiple winners from the Street Cry mare, Jyler, in turn a granddaughter of the Australasian Oaks winner, Centaurea, a sister to stakes winner Interiors and half sister to multiple Group One winner Magari.

Since producing Col ’n’ Lil, Jyler has a 2YO filly and weanling colt by Tycoon Ruler, and was covered last spring by Spirit of Boom.

Col ’n’ Lil, meanwhile, is one of nine stakes winners by the Redoute’s Choice stallion, Bradbury’s Luck, who definitely lends a great deal of his pace and much of his colour to Col ’n’ Lil.

Standing at Yarradale Stud in Western Australia at a fee of $4,400, Bradbury’s Luck has covered over 850 mares since retiring to stud in 2006, but both Col ’n’ Lil and fellow stakes winner Elegant Composure hail from a crop which yielded just 35 live foals.