For Sir Owen, it’s a matter of (Mica’s) Pride 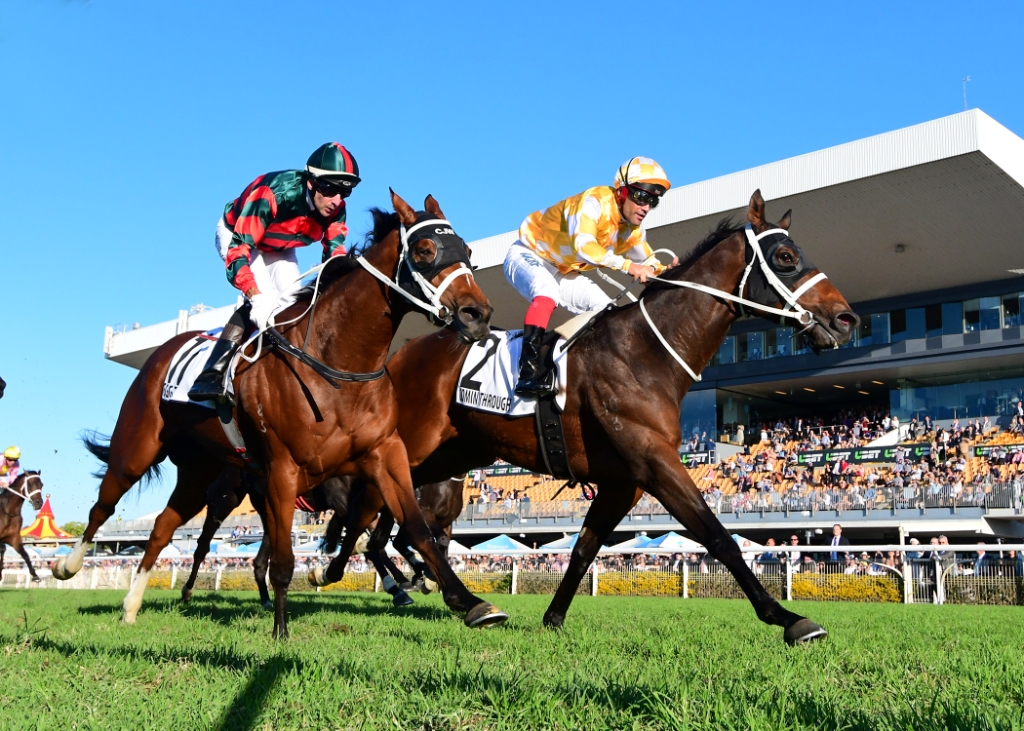 Let’s face it, most of us would be happy – ecstatic – to breed and race a Group One winner.

Two Group One winners out of the same mare? Well, that’s just the stuff of dreams. And that ain’t even the half of it!

On Saturday, Sir Owen Glenn’s Go Bloodstock added a $650,000 Hardy Brothers Doomben Cup to the trophy cabinet when Comin’ Through lived right up to his name via a gutsy performance over the 2000m in Brisbane.

A winner of the Group Two Ajax, plus the Group Threes – Carbine Club in Melbourne and Bill Ritchie in Sydney – Comin’ Through had come close to Group One success previously.

He was third behind Inference in the Randwick Guineas and, last month, ran second to Happy Clapper in the Doncaster. However, there was no denying the 4YO on Saturday at Doomben.

Becoming Fastnet Rock’s 35th Group One winner in the process, Comin’ Through is out of the simply incredible producer Mica’s Pride. She is also the dam of four-time Group One winner and now Newgate Stud sire Criterion, Group Two QTC Cup winner Varenna Miss and Sydney stakes winning sprinter Silently, (who is in turn the dam of South African Group winner Muwaary).

All up, Mica’s Pride – a Group winner in Sydney herself – has had nine to the races and all of them winners.

Holidaying in Noumea, Sir Owen Glenn wasn’t at Doomben to cheer on Comin’ Through but was delighted with the win according to Bloodstock Manager, Geoff Roan.

“He (Sir Owen) is very passionate about his horses and that was some win by Comin’ Through,” Roan explains.

“And what about that mare! Sir Owen has been involved in racing for a long time and was owner or part-owner of Group One winners like Railings, Headturner, Monaco Consul and Second Coming, but only really got into the breeding side of things around 15 years ago.

“Amazingly, Mica’s Pride was one of the original mares. She missed on a late cover last spring and, as she’s getting on a bit, she’ll only be bred to every second season. She’s heading to Russian Revolution in 2018.

“Her current 2YO – named Sir Owen – is unraced, but he’s a full brother to Comin’ Through and is due to race in a couple of weeks. He could end up being a really good horse and Peter and Paul Snowden have a big opinion of him.

“We also have a Sebring filly – a rising yearling – that’s a full sister to Criterion and Sir Owen will keep her to race. Mica’s Pride actually had six colts in a row, so we’ll be more than happy to hold on to the filly!”

With forty-five mares stationed in the Hunter Valley, Glenn has retained the majority shareholding in Criterion, who stands at Newgate Farm, along with ten per cent of his barn-mate, Russian Revolution.

“Sir Owen would be the first to admit he’s had a bit of luck along the way,” Roan adds.

“He bought into Russian Revolution shortly after after he won the (Group Two) Roman Consul and then the horse came out and captured two Group Ones (Galaxy and Oakleigh Plate) before heading off to stud.

“As for Criterion, he has around ten of his first crop foals (yearlings in August) and he’ll race them all. A few of them appear to be ready-made 2YOs, while the others look as if they will train on and get over a trip, just like Criterion.”

Comin’ Through also came through for the Coolmore Australia-based, Champion Sire Fastnet Rock, who notched up a stakes double on Saturday when Ngaga – a half-sister to South African Horse of the Year, Igugu – captured the Listed East Coast Handicap over 2000m at Greyville.

Ngaga is the 137th stakes winner for Fastnet Rock, whose Group One winners since the start of the 2017/18 season include Shoals, Unforgotten, Merchant Navy, Avantage and Age of Fire.