All Aboard The Condo Express 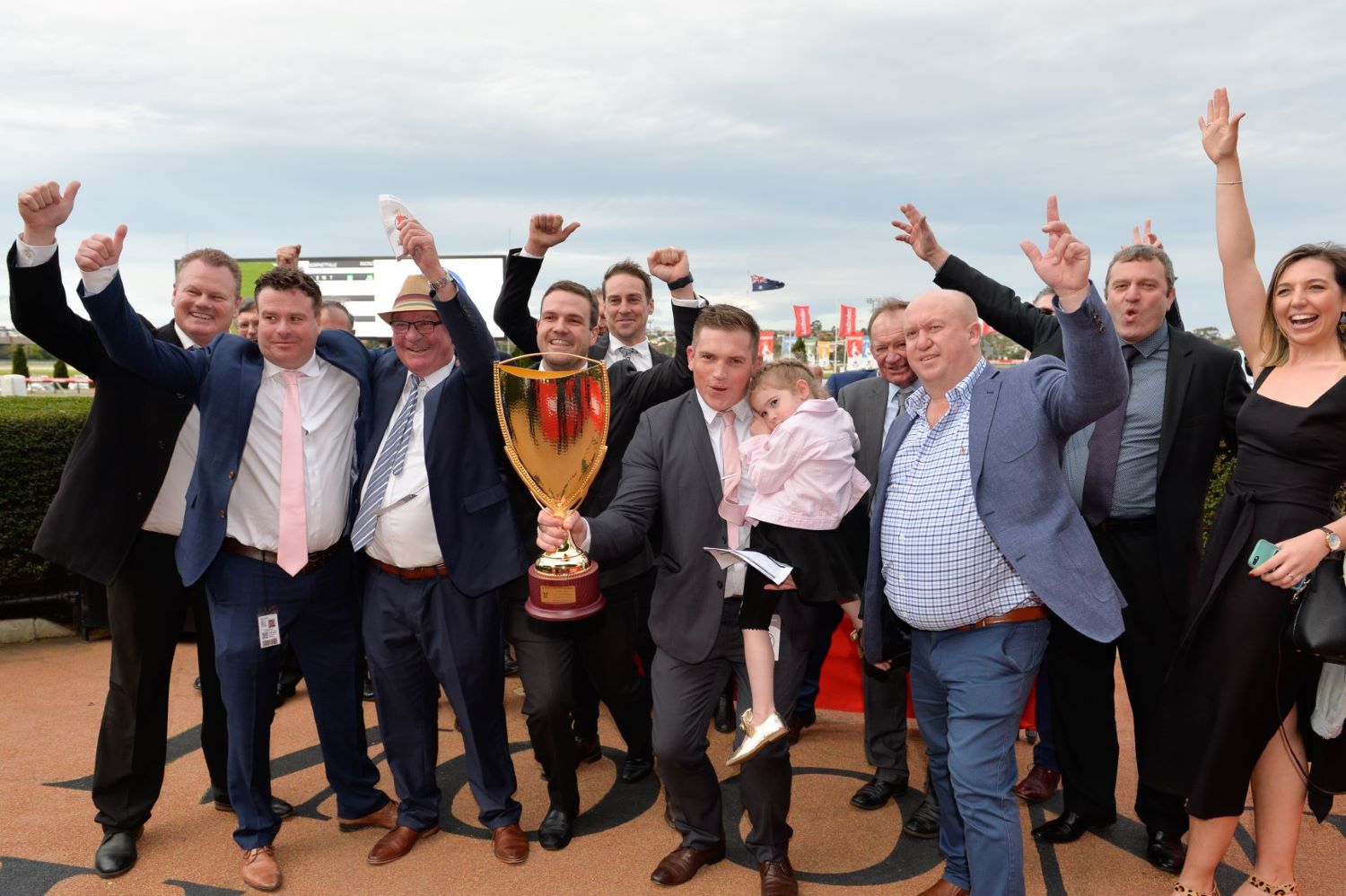 The long standing friendship of Garry Condon and Richard Laming was duly rewarded at Moonee Valley on Saturday when Condo’s Express – named after Condo’s Horse Transport – proved too strong for a talented field in the Listed McKenzie Stakes over 1200m.

Improving with each race, this was Condo’s Express’s second Moonee Valley win on the trot, adding to three successive seconds since debuting in June.

Shooting clear at the 100m, Condo’s Express ran away with the McKenzie by two and a quarter lengths, much to the delight of connections.

“This is a win for the little guys, the ones that work all day and all night in the industry,” an ecstatic Condon said, as the Final Furlong syndicate that owns the horse includes a number of people who work at the Cranbourne track, as well a group of bricklayers. “It hasn’t cost them a lot to get involved and it’s great to give them all a bit of fun. I’m usually not on course, as I’m busy working, so it was terrific to be on hand to see the win.

“Although there was no time to celebrate, as we had horses to move, and other owners work at the Cranbourne track every morning, most have been in the industry for years and do the hard yards. It’s a real thrill for the bread and butter owners.”

Trainer Laming was clearly taken with the win and indeed, a little emotional after the race: “It’s always good to win for friends … Garry Condon has been a friend of the family for a very long time.”

The second stakes winner for Coolmore Stud’s exciting young Encosta de Lago stallion Rubick, the 3YO colt was purchased for a bargain-basement price of $3,000 from Middlebrook Valley Lodge at the 2018 Inglis Scone Yearling Sale.

“Richard picked him out … he was only a little guy, but was a good walker and had a smart head,” Condon reveals. “Lucky for us, he was one of the good ones that everyone else missed. We were happy to give him some time in the paddock and good feed. He is like a little kid, and has really flourished. Even better after this spring.

“I spoke to Richard on Sunday and the horse has pulled up very well. Although there is no pressure to push him, we may look at Moonee Valley in two weeks time. The horse will tell us how he is and we don’t want to burn him out.

“A big thanks to (jockey) Linda Meech … she’s really flying at the moment. She can ride as good as any of those guys and works hard.”

Condo’s Express has now earned more than $175,000 in prizemoney – almost 60 times his purchase price – and while Laming mentioned that the win in the McKenzie Stakes has sparked overseas interest, Condon is content to just to wait and see.

“There were some potential buyers that didn’t continue on, and there have been some other offers, but I will let Richard manage them,” Condon points out. “Unless they are genuine, we are happily looking forward to the ride ahead.”

Having worked in the industry for over 30 years, Garry Condon is still hands on, managing a busy fleet of horse trucks with daily interstate trips to the Hunter Valley, Adelaide and Sydney.

“It never stops with the races, and it is especially busy during the breeding season,” Condon adds. “We offer the same level of care to every horse on board, and we never hesitate to do a run in the middle of the night to help out a client get a crook horse to hospital.”

“It’s important that wherever we can, we reduce the stress of travel as much as possible. The horses are our business and our passion, so the most important thing is that they all get to their destination safe, sound and healthy.”