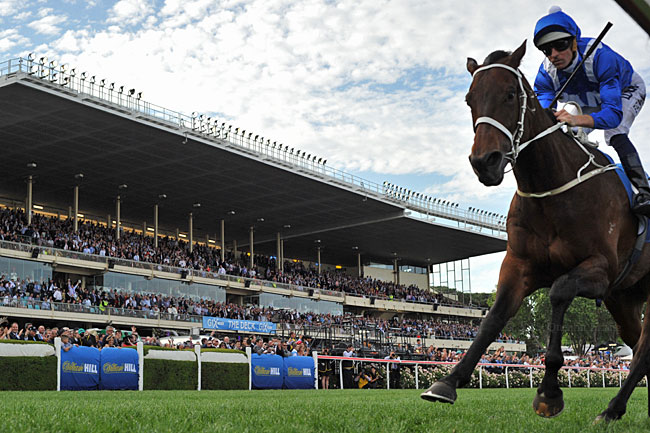 The naming of the Cox Plate as “officially” the fourth best race on the Australian calendar has drawn a swift clarification from Victoria’s chief handicapper Greg Carpenter.

Moonee Valley’s showpiece event came in at No. 37 on the top 100 list headed by the Prix de l’Arc de Triomphe.

Australia achieved the highest number of races in the top 100 of any country, with 23, the most prominent of them the Group 1 ATC Queen Elizabeth Stakes and the Group 1 ATC TJ Smith Stakes which shared 25th place.

The next best, in 36th place, was the Group 1 Canterbury Stakes.

Caprenter explained that the calculations of the international panel did not include the 2015 edition of the Cox Plate which featured one of the strongest finishes in years with Winx leading home Highland Reel, Criterion and Pornichet.

Carpenter said the 2015 Cox Plate rated around 121, which would have placed it around 20th in the world for that year. A consistent 121 rating over three years would have earned a top 10 placing.

As commendable as the Australianperformance in the Best Race rankings may have been, it was surpassed by the naming of the Australian-bred, Hong Kong-based Able Friend as the world’s best sprinter with a ranking of 125 for his Premier Bowl win at Sha Tin last October.

In second place among the sprinters, on 123, was the Australian-owned, trained and bred Chautauqua.

Sydney’s premier sprint, the Darley TJ Smith Stakes run at Randwick and won last season by Chautauqua,, was named the world’s best short-course race with a rating of 119.3.