Cup Runneth Over For In Form Dreamer 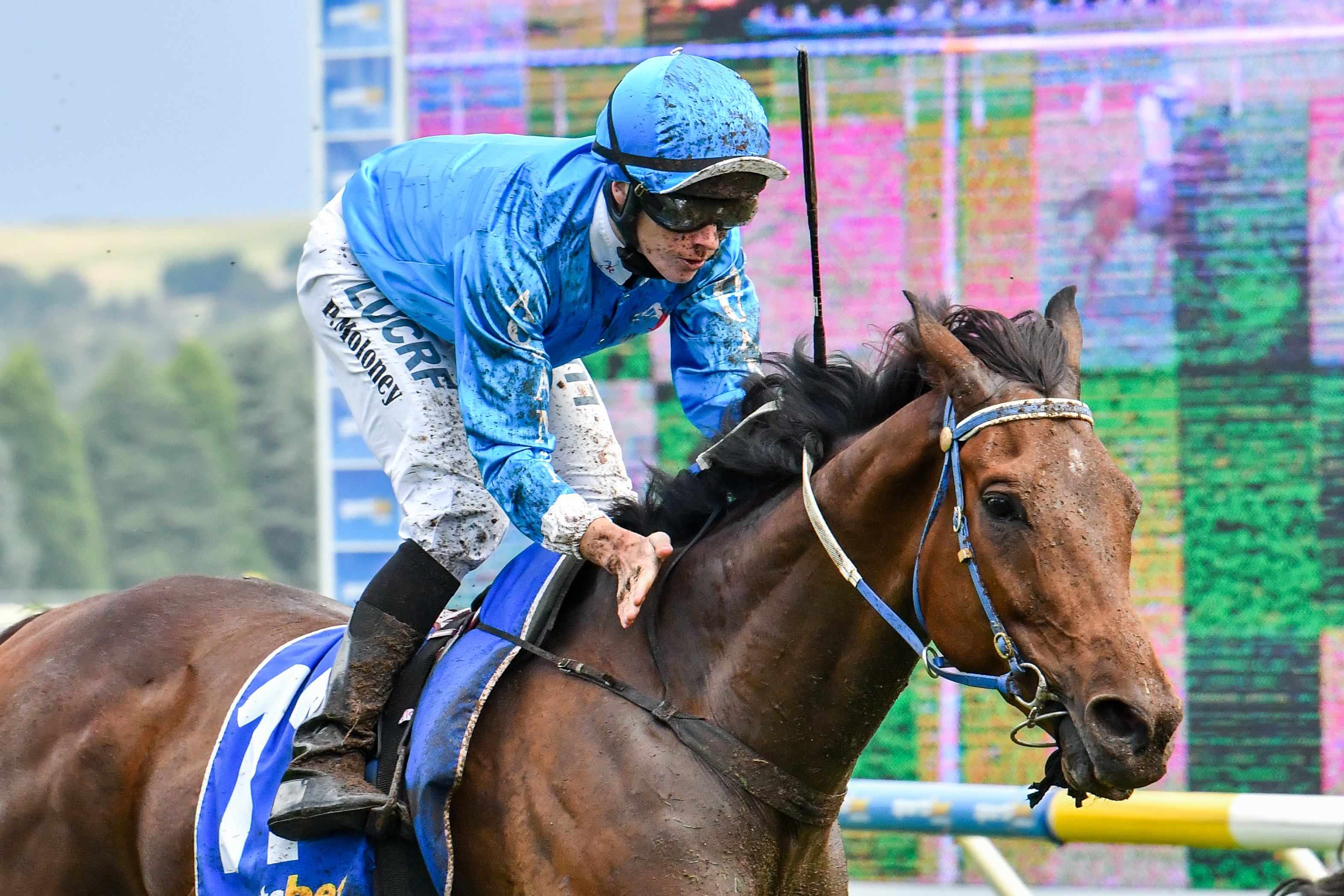 Timing is everything in the racing caper. Take Grand Dreamer for instance.

It’s widely agreed – certainly by his part-owner, Deane Lester, and trainer, Robert Smerdon – that the gutsy gelding is a much better prospect when God turns on the tap.

At the start of Saturday’s Ballarat program, the track reading was a good 3, but had shifted to a heavy 8 by the time that the $300,000 Listed Sportsbet Ballarat Cup over 2200m came around.

Smerdon was born and bred in Ballarat so probably knows better than most the area’s weather patterns, while Lester, Victoria’s leading form analyst, must surely have been rubbing his hands with glee (or knocking off the $8.50) as the rain tumbled.

It turned out to be a real slog though with the jockey, Patrick Moloney, believing he was in for a struggle even when leaving the straight for the first time and, again, when spotting the leaders a fair few lengths turning for home.

But on he stayed and Grand Dreamer eventually hauled in the leaders before running away to score with nearly two lengths to spare.

It was the 7YO’s ninth career victory from 39 starts (along with 16 placings), but his first win at black type level and takes his earnings to $435,000: some of which will surely go toward Moloney’s dry cleaning.

Originally trained at Albury by breeder, Kevin Hanley, who snared four wins and a bunch of placings with the horse, Grand Dreamer was secured by Lester and co. privately at the end of 2015.

“(Fellow form analyst) Mark Hunter and I are always on the lookout for promising performers like Grand Dreamer and we saw him run a good second on a heavy track at Wodonga and then he ran a cracking race at Seymour over 2000m, even though he finished ninth,” Lester explains. “We asked (bloodstock agent) Cameron Cooke to act on our behalf and, some two weeks later, we’d bought him.”

Although Lester said connections were prepared to be patient and “feel their way”, Grand Dreamer subsequently won over 1600m at Randwick, then over 2400m at Sandown and, eventually, the Ballarat Cup.

“I have shares in about 12 horses and breed from a couple of mares,” Lester points out, adding that Grand Dreamer is his 10th stakes winner which includes 2016 Group One Newmarket Handicap winner, The Quarterback, and Big Pat, who won the Group Two SAAB Quality and ran 10th in the 2003 Melbourne Cup.

“I love racing horses … the minute I turned 18 my name was on ownership papers,” Lester recalls, some 31 years down the track. “Ballarat Cup winners and Newmarket winners are fantastic but I’ve also had a lot of enjoyment over the years racing picnic horses too.”

Grand Dreamer is the first stakes winner for the little known Toowoomba, Queensland based stallion, Grand Reve who has only had 14 runners to date since retiring to stud in 2008.

Standing at Col Wilson’s Tiree Stud (“named after the windiest place in Scotland”), Grand Reve was raced by prominent owner, Ron Wanless, winning a Listed Chief de Beers in Brisbane and having the misfortune of running into one of Queensland’s best ever mares in Gold Edition.

“He (Grand Reve) finished second to Gold Edition in three other stakes races and the times they ran were incredible,” Wilson explains. “He could easily have been a 4-time stakes winner who is by Canny Lad from a good family.

“Grand Reve didn’t get much of chance at stud early on and I managed to buy him around four years ago. I’ve mainly kept him for my own mares, but he’s now starting to get a few winners and has covered around seven this year … not big numbers by any stretch but some quality mares that won over $100,000 on the track. Hopefully there will be another Grand Dreamer among them.”

Let’s hope so … where would this industry be without the dreamers.

HOOFNOTE: Robert Smerdon began training at Ballarat in 1976 in stables that had been built on behalf of his grandfather, Arthur, 11 years earlier. Although based in Melbourne for the last 17 years, Smerdon has maintained a close association with Ballarat and Grand Dreamer was his second winner in the home-town Cup.

“I trained McGuane to win the Cup in 1996 and he was named after the Collingwood premiership player, Mick McGuane. I remember when owners were vying for names some of them – who supported other clubs – were a bit filthy, but in the end, Collingwood had the points on the board,” Smerdon recalls.