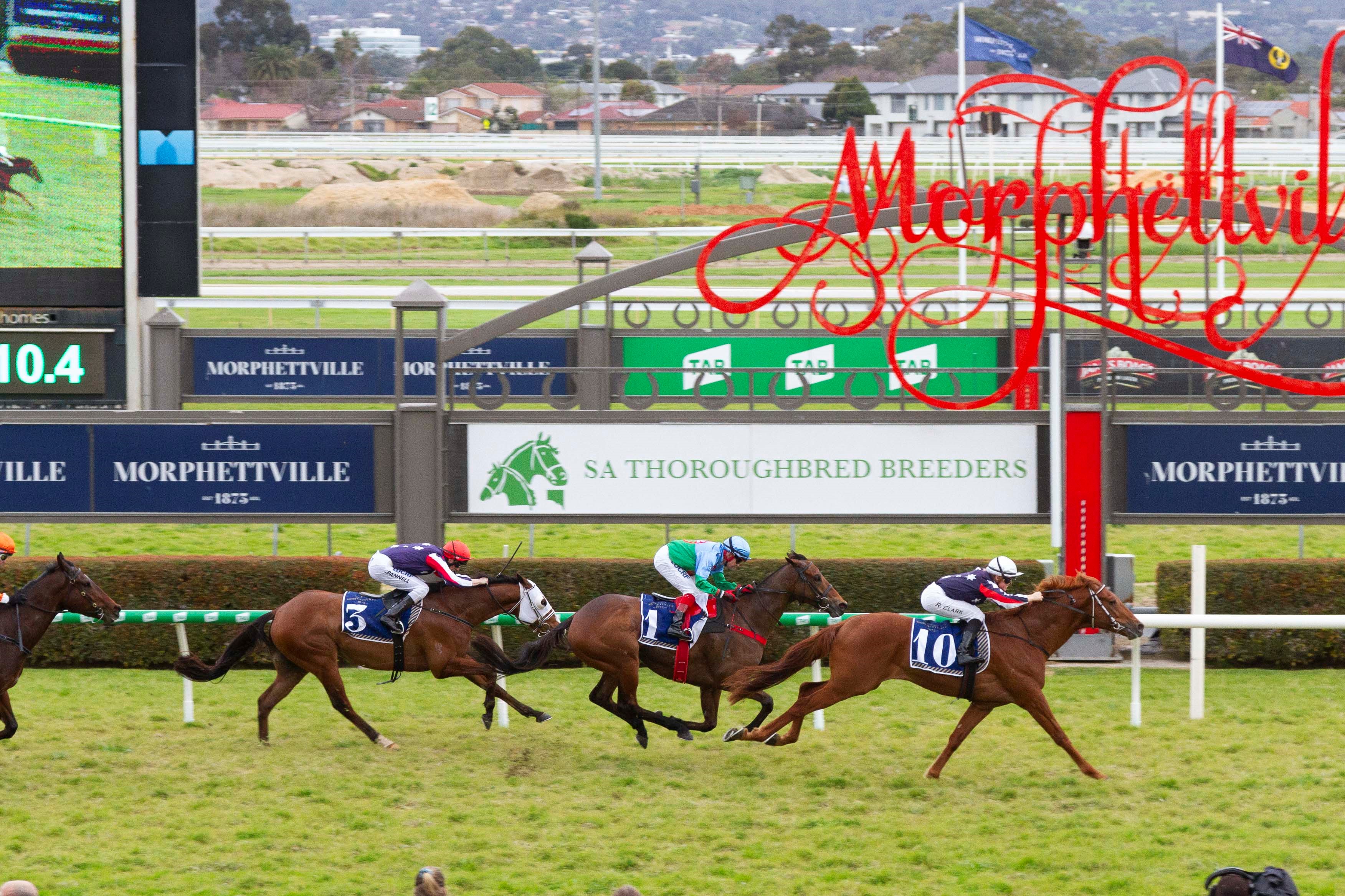 It’s been a big week for the South Australian breeding industry with the ‘unveiling’ of two likely spring stars in Golden Rose contender, Dawn Passage, and – on Saturday – Group Three David A Coles AM Spring Stakes winner, Dalasan.

Both Dawn Passage and Dalasan were bred by Toorak Thoroughbreds, while each was offered and sold by Mill Park Stud – for $150,000 and $80,000 respectively – at the 2018 Inglis Melbourne Premier Yearling Sale.

After capturing the Rosebud at Rosehill Gardens on 10 August, Dawn Passage is currently on the third line of betting for the Golden Rose, but the Leon Macdonald & Andrew Gluyas trained, Dalasan, will take a different path and appears on target for a tilt at the time honoured $2 million Group One Caulfield Guineas in October.

There was so much to like about Dalasan’s performance in the Spring Stakes, which is now named in honour of David Coles – a legend of the local industry – and had been won four times previously by Macdonald with Will Fly (1998), Spice Doll (2000), El Maze (2008) and Rebel Raider (2010).

The youngest runner in this year’s Spring Stakes – “he’s still only a 2YO” – Dalasan sat midfield until turning for home, but unleashed a withering burst over the concluding stages to defeat Group One winner, Scales of Justice by a length, while 2019 Goodwood hero, Despatch, would tire into fourth.

Starting a $13 pick, Dalasan was having just his fourth outing: winning his first two starts at Morphettville in February before spelling after his luckless long head second to La Tene in the Group Two VRC Sires’ Produce Stakes at Flemington in March.

“Dalasan showed last time that he’s got enormous talent and we were confident he’d run well on Saturday,” an elated Macdonald points out. “He’ll either run again at Caulfield in two weeks or in three weeks time at Flemington before tackling the (Group Three) Guineas Prelude at the end of September.”

Dalasan’s victory continues the long run of success for Macdonald and Harry Perks’ Toorak Thoroughbreds … one of the most fruitful owner/trainer associations in Australian racing.

“How many horses have I trained for Harry? … geez, it would have to be in the hundreds,” Macdonald explains. “A lot of them were moved on early, but we’ve had a few very good ones too.”

“Harry was selling Dalasan in Melbourne and I told him that you can’t take less than $80,000 for the colt, so he was knocked down to me,” Macdonald reveals. “Harry and his family kept some of the colt and we syndicated the rest.”

It’s proven to be a wise move for connections given that Dalasan has already won $195,095 from his four outings and success in the Caulfield Guineas would see the bank increased by a further $1.2 million!

One of those ‘connections’ is Perks’s son Hamish, an investment banker in Sydney who in turn encouraged a couple of close friends into takes shares in Dalasan. They’d be even closer now we’d suggest!

“Dad has around 15 in work at any given time and of the 30 or so foals born each year, he puts the majority of the colts through the ring,” Perks reveals. “Leon really liked this colt though and so dad kept a share, while I took a share too and got a few good mates in also – including a couple of guys from Adelaide. We’re all absolutely over the moon with the way he’s going.

“He (Dalasan) is actually from a pretty good crop for us … aside from Dalasan and Dawn Passage, there is another 3YO they rate highly called Battle Strike, who won his only start earlier this month.

“Battle Strike is a half brother to (Sydney stakes winner) Guard of Honour, while Battle Strike’s year older half sister, Run Fox Run has won all four of her starts in South Africa and by good margins. The last one was a stakes race and they reckon she could end up being an absolute superstar.

“There’s some very good horses come out of South Australia!”

Dalasan, meanwhile, is one of two winners (from two to race) for the multiple stakes placed Kitten’s Joy mare, Khandallah, a family rich in North American black type.

With an unraced 2YO by Dissident, Khandallah missed to Shooting To Win the following season, but produced a So You Think filly last week.

“I purchased Khandallah on behalf of Harry for $35,000 at the 2013 Inglis Easter Broodmare Sale,” leading agent, Adrian Hancock, points out. “Dalakhani’s best success is with Sadler’s Wells line mares and Kitten’s Joy is a top class sire, but the market wasn’t really all that aware of him when Khandallah sold.

“Khandallah will be covered by American Pharoah this spring.”