Danawi Rose To The Occasion – But Only Just 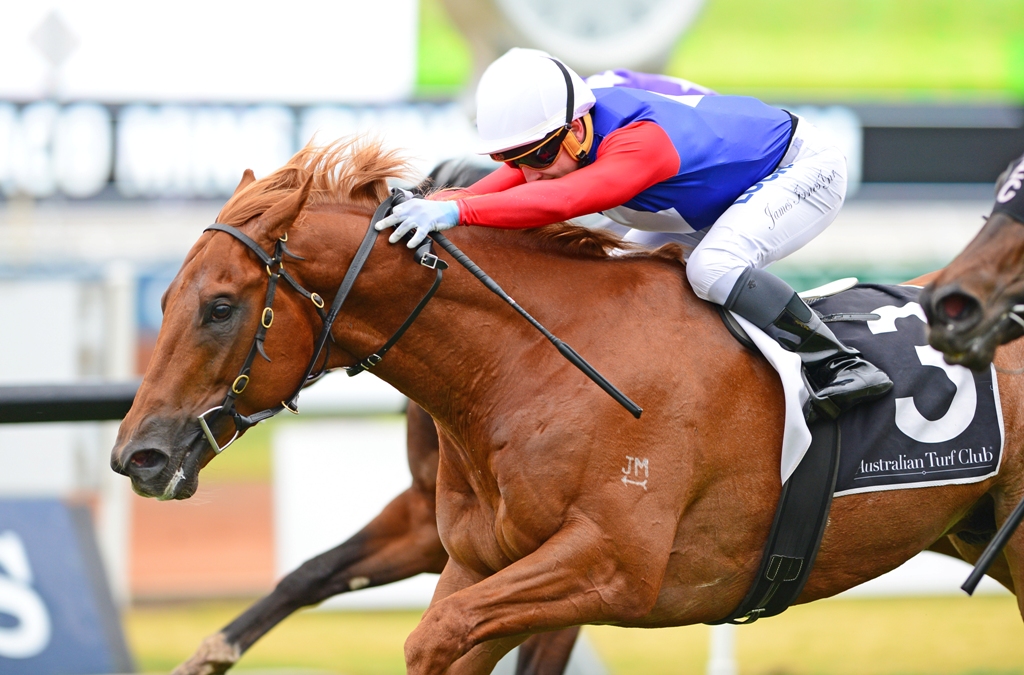 We’ve all heard the term ‘won by a whisker’ but it brought on a whole new meaning in Saturday’s Group Three Visit Monaco Ming Dynasty over 1400m at Rosehill Gardens.

The Tim Martin trained equal favourite, Danawi, had effectively led throughout but rank outsider, Mizzy, came with a strong surge over the closing stages.

To the naked eye, it appeared to be a deadheat but Danawi evidently was a pixel in front and his number went up, much to the delight of Martin and his delighted team of owners.

And why wouldn’t they be excited. Just a week ago Danawi led them for home in the Group Three Up And Coming Stakes before eventually yielding, by a length, to Master Ash.

Heading into the Up And Coming, Danawi’s two starts were seconds as well.

There was a lot riding on this Group success. After all, Danawi is by Darley’s phenomenally successful, Exceed And Excel – who was trained by Martin to win the Group One Newmarket and Group One Dubai Racing Club Cup – and has gone on to sire 148 stakes winners, 11 at Group One level.

(As a broodmare sire, Exceed And Excel’s daughters have produced 27 stakes winners, including Sunday’s Group Two winner and ante-post favourite for the 2019 Epsom Derby, Anthony Van Dyck, who is from the Australian-bred mare, Believe ‘n’ Succeed).

What’s more, Danwai is out of the Dubawi mare, Secret Admirer, whose victories included the Group One AJC Flight Stakes and Group One ATC Epsom Handicap, along with a second in the Group One Coolmore Classic.

So yes, you can see why connections were rejoicing when Danawi’s number went up, particularly given how much black type adds to a stallion’s value.

Fortunately for Team Danawi, the protest was eventually dismissed and, according to Martin, the 3YO is now likely to contest the Group Two Stan Fox Stakes over 1500m at Rosehill Gardens on 8 September, the Group One Golden Rose Stakes over 1400m, again at Rosehill, on 22 September and perhaps the Group One Caulfield Guineas over 1600m on 13 October.

Bred by John and Trish Muir’s Milburn Creek Stud, Danawi was knocked down to Martin for $400,000 at the 2017 Inglis Australian Easter Yearling Sale.

The Grose Vale, NSW based Milburn Creek has produced and sold a number of Group One winners over the years including Sizzling, Once Were Wild, Redoute’s Dancer and Hampton Court, with farm manager, Scott Holcombe clearly hoping Danawi adds to the tally.

“He (Danawi) was one tough customer, but really good natured and I certainly passed that on to Tim when he came to look at the colt at the sales,” Holcombe reveals. “Tim came back again to us at Easter this year and told me Danawi was very sound and clean winded and then went on to purchase the I Am Invincible half brother for $560,000.

“Secret Admirer has a Snitzel colt which we’ll sell at the Gold Coast Magic Millions Yearling Sale next January, while she’s heading to (Champion European 2YO) Churchill this spring.”

As for the close-but-no-cigar Mizzy, trainer Anthony Cummings said she too would likely tackle the Golden Rose and potentially the Group One Flight Stakes at Royal Randwick on 29 September.

A daughter of Zoustar, Mizzy was bred by Rob and Sylvie Crabtree’s Dorrington Farm, with the Crabtrees also retaining a share in the filly after she was sold for $200,000 at the 2017 Inglis Australian Easter Yearling Sale.