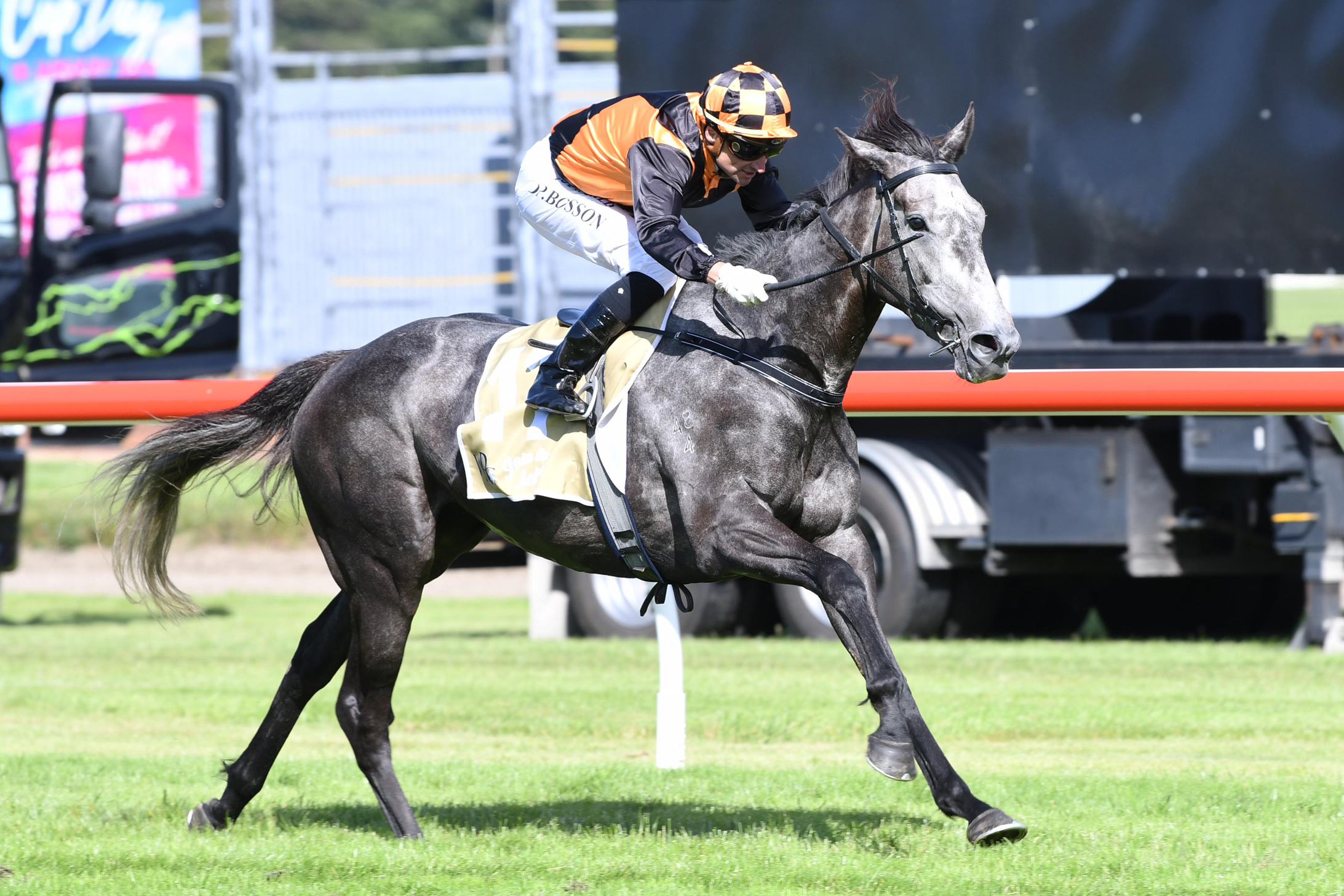 Following on from 2018 Group One success stories such as Volpe Veloce, Age of Fire, Enzo’s Lad, Avantage, Miss Wilson and last month’s 1000 Guineas winner, Media Sensation, another Australian-bred has lifted one of New Zealand’s jewels with Danzdanzdance capturing the Captain Cook Stakes over 1600m at Trentham on Saturday.

It was a resounding performance from the flashy grey mare who, after sitting just off the lead, swooped in the straight to win by four lengths. Trained by Chris Gibbs and Michelle Bradley, Danzdanzdance had previously run third in the Group One New Zealand Derby, second – beaten a lip – in the Group Two Avondale Guineas, and came into the Captain Cook after finishing third in the Group One Livamol Classic. However, this would be her first win at stakes level.

Part-owned by former supermodel, Kylie Bax, who purchased the Mastercraftsman mare from her parents (Blandford Lodge principals Graham and Helen-Gaye Bax), Danzdanzdance campaigned briefly in Australia during the autumn, finishing midfield in both the Vinery Stud Stakes and Australian Oaks.

Hailing from the Danzero mare, Night Danza – and thus giving the mare a 3 x 3 to Danehill – Danzdanzdance is from the family of 3-time Group One winner Lucia Valentina, 2018 Melbourne stakes winner Thrillster and yet another Australian-bred winner of the Group One Hong Kong Sprint in All Thrills Too (won on Sunday, for the second time in succession, by Mr Stunning).

Co-trainer Gibbs was ecstatic with the performance from Danzdanzdance in the Captain Cook and is looking forward to the months ahead: “I just can’t explain the excitement and to share this experience is incredible,” Gibbs enthused. “Absolutely unbelievable … it’s wonderful to get it right after setting a plan in place and she’ll go to the (Group One) Zabeel Classic (over 2000m at Ellerslie on Boxing Day) and then we’ll probably start planning for Sydney in the autumn.”

Bax, meanwhile, was on hand at Trentham to cheer on Danzdanzdance: “I cannot explain the excitement – we shouted down the roof of the grandstand … it’s lucky to still be standing. They are such a great group of owners, including some that have never had much to do with horses.”

An hour on from the Captain Cook, the somewhat wayward but clearly talented, Spirits Aubeer made it an Australian-bred double in New Zealand by winning the Group Three Bonecrusher Stakes over 1400m at Ellerslie.

The 3YO did little to impress in his only two starts last season, but resumed with a comfortable win in September, another win in October, a third in November and now a Group win.

“I actually don’t think he (Spirits Aubeer) knows how good he is,” trainer and part-owner, Nigel Tiley points out (Tiley is also the trainer of Australian-bred Bisou Bisou, who won the Group Two Auckland Thoroughbred Breeders’ Stakes two weeks ago). “He’s still quite green and raw but he’s just got so much ability.”

Tiley won the Group Two Auckland Guineas on New Year’s Day with the Bob Peters bred, Demonetization and is likely to target the race again with Spirits Aubeer: “I can’t see any reason why he wouldn’t be able to stretch out to a mile (1600m).”

Spirits Aubeer becomes the seventh individual stakes winner for second season sire, Spirit of Boom, and is about as ‘Queensland’ as you can get.

Also bred by Eureka Stud, Friendly Glow has produced a full brother to Spirits Aubeer which will be offered at the 2019 Inglis Sydney Classic Yearling Sale, while the mare is currently in foal to Aquis Farm’s first season sire, Jukebox.

Spirits Aubeer was sold as a yearling in New Zealand for $55,000 as a means to ‘spread the brand’ according to Eureka Stud’s Scott McAlpine.

“The plan was to market Spirit of Boom’s first crop as widely as possible and I was encouraged to send a couple of his colts across the Tasman,” McAlpine explains. “Spirits Aubeer was one while Beastmode, who is out of the Red Dazzler mare, Dazzling Display, is still a maiden over there but evidently has quite a deal of promise.”

“He will end up covering 220 mares and we’re likely to pull up stumps on Wednesday or Thursday of this week,” McAlpine adds. “Then it’s full on for next month’s Gold Coast Magic Millions Yearling Sale where our draft of 21 has 11 Spirit of Booms, while the sale, overall, has 17 by him.”