Another Cup Sealed With A Kiss 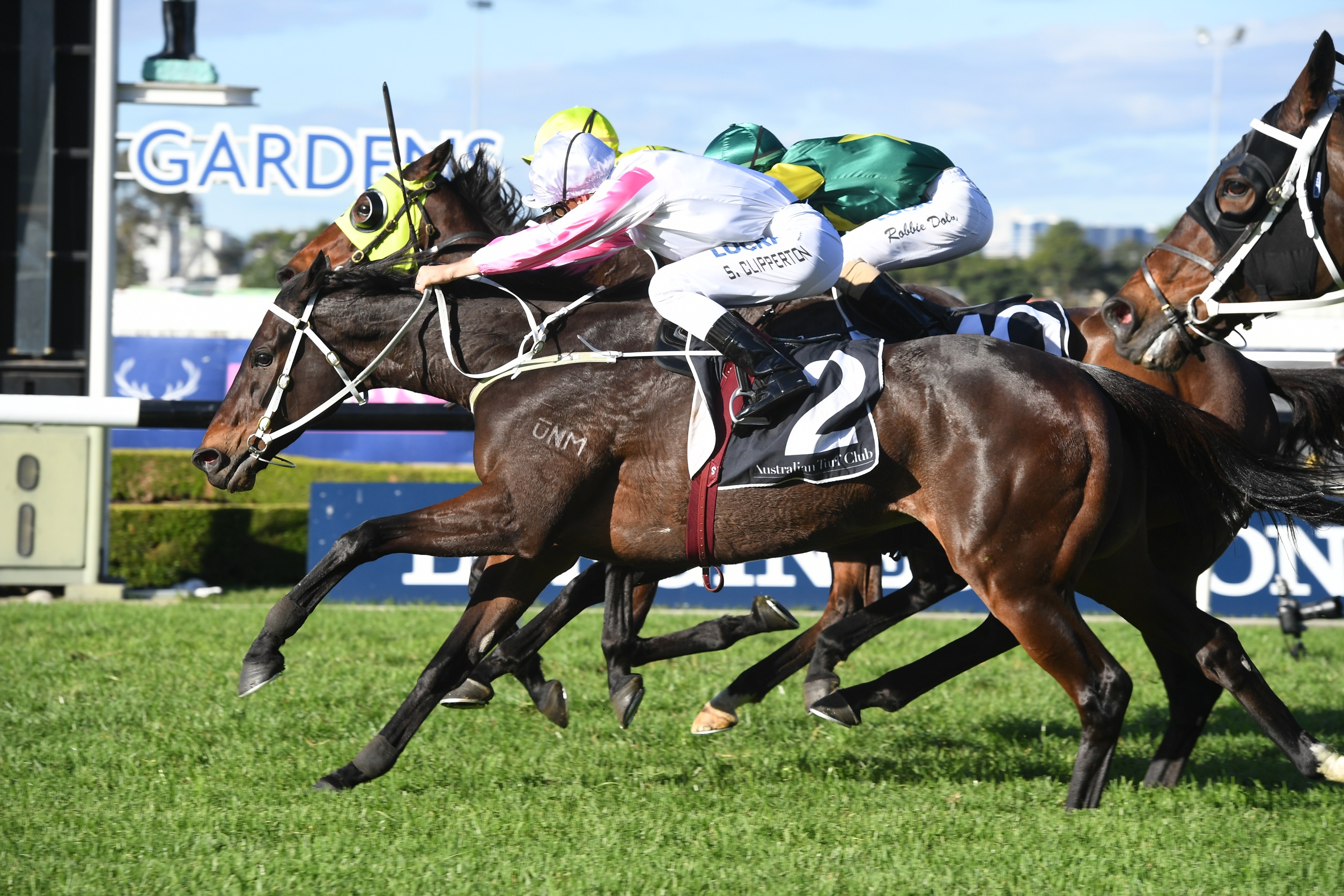 Nick Moraitis would be the first to tell you that any win is a good win.

And he should know!

In the late 1990s, Moraitis raced Might And Power who, in the space of 12 months, won seven Group Ones including a Melbourne Cup, Caulfield Cup and Cox Plate.

But while Might And Power obviously takes pride of place on the Moraitis trophy shelf, he’s pretty darn fond of Destiny’s Kiss too.

With good reason. On Saturday at Rosehill Gardens, the rising 11 year old was having his fifth tilt at the Listed Winter Cup over 2400m, having first won the race in 2013 and placed twice in it since.

The only Australian-bred runner in the contest, Destiny’s Kiss was sent out on the second last line of betting and looked “gone” at the 600m, but fought on courageously to score in an absolute thriller.

“What a tremendous horse … that was his 11th Cup win,” an elated Moraitis, points out. “For this horse to keep on doing what he’s doing is truly fantastic.

“My horses spell with Colin and Meagan Branthwaite at Jazcom Thoroughbreds near Camden and when Destiny’s Kiss was coming back into work, Colin told me the horse was looking terrific. As good as ever. We were quietly confident of the horse’s chances … but not that confident, otherwise he wouldn’t have started at $26!”

In the end, it was a close run thing. It appeared that Destiny’s Kiss had won by the barest of margins after his barnstorming finish, but side on shots on the TV screen gave the impression that Yogi would get the verdict.

Eventually though, the photo finish showed Destiny’s Kiss had won by a lip and the crowd erupted.

“That was amazing … he won it, he lost it and he won it again,” said a relieved trainer, Joe Pride. “It was a good field. I was watching the parade and thinking it’s a lot different from what we were facing two or three years ago in staying races with these big, strong imported horses … but the little Aussie battler got them.

“He’s a long way from being retired this horse. I said to people through the week that I’ve got 2YOs and 3YOs closer to retirement than him.”

Making his debut with a head second at Geelong on 23 August 2011 and winning his maiden at Moonee Valley two starts later, Destiny’s Kiss has now raced on 97 occasions for 19 wins, 22 placings and $1,557,293 in stakes. Along the way, the notches on his girth strap include two Winter Cups, two Australia Day Cups, a McKell Cup, a Christmas Cup, City Tatt’s and NSW Tatt’s Club Cups, a Gosford Gold Cup, a Wyong Gold Cup – all at Listed level – and an ATC Stayers’ Cup.

As for Pride, the Warwick Farm based conditioner has trained some brilliant racehorses in the two decades since taking out his licence – Ball of Muscle, Terravista, Tiger Tees and Sacred Choice among them – but he has a real soft spot for Destiny’s Kiss.

“I’ve trained better horses than him but none gamer,” Pride enthused. “To win a feature race six years apart is something special and while I’m sure it’s not unique, it’s pretty rare all the same.

“The horse has his quirks … he likes his routine, but is great to deal with. You have to be careful where you place him these days and he might have another run in a couple of weeks, but otherwise I’ll tip him out and bring him back for some of the spring Cups, like at Newcastle or Gosford.

“And yes, we’ll aim him at next year’s Winter Cup – surely if he wins it next year they’ll have to name the race after him!”

But why the longevity?

“The horse is just bone and muscle,” Pride explains. “He’s very slightly built and while I don’t think there’s too much correlation about size, there’s definitely something to be said for horses that don’t carry too much excess. I reckon I’ve only had the vet out to look at him once. Once! He’s just an amazing horse.”

Although Moraitis couldn’t be trackside for the Winter Cup victory, he was nevertheless thrilled with the result, quick to praise both horse and trainer.

“You meet a lot of wonderful people in this industry and Joe is not only a terrific trainer but a great person as well,” Moraitis adds. “I had up to 30 horses in work at one stage but have scaled that back to around 10.

“Racing is a business, but you have to live your business and I’ve still got a real passion for the industry.”

Moraitis not only bred Destiny’s Kiss, he raced his sire, Power of Destiny and the dam, A Fairy’s Kiss.

“Power of Destiny is by Danehill, from an outstanding family, and was a winner at two and finished runnerup in the (Group Two) Pago Pago behind Stratum, who went on to win the Golden Slipper,” Moraitis recalls. “Unfortunately, Power of Destiny got injured, but I decided he deserved a chance at stud and, while Destiny’s Kiss is his best, he also produced over 70 other winners.

“I purchased A Fairy’s Kiss as a yearling and she’s a sister to (Flemington stakes winner and Group One VRC Oaks runnerup) Miss Scarlatti and a half sister to (multiple Group Two winner) Abidewithme.

“A Fairy’s Kiss was stakes placed, but went on to produce six winners of her own.

“I don’t have broodmares anymore and Power of Destiny is retired, but racing for me never loses its appeal. It doesn’t matter if it’s a Melbourne Cup, a Winter Cup or a race in the bush, winning a race is simply a fantastic feeling. I’ve achieved everything I wanted in this wonderful industry of ours.”