Koolman Eggs on another Group victory 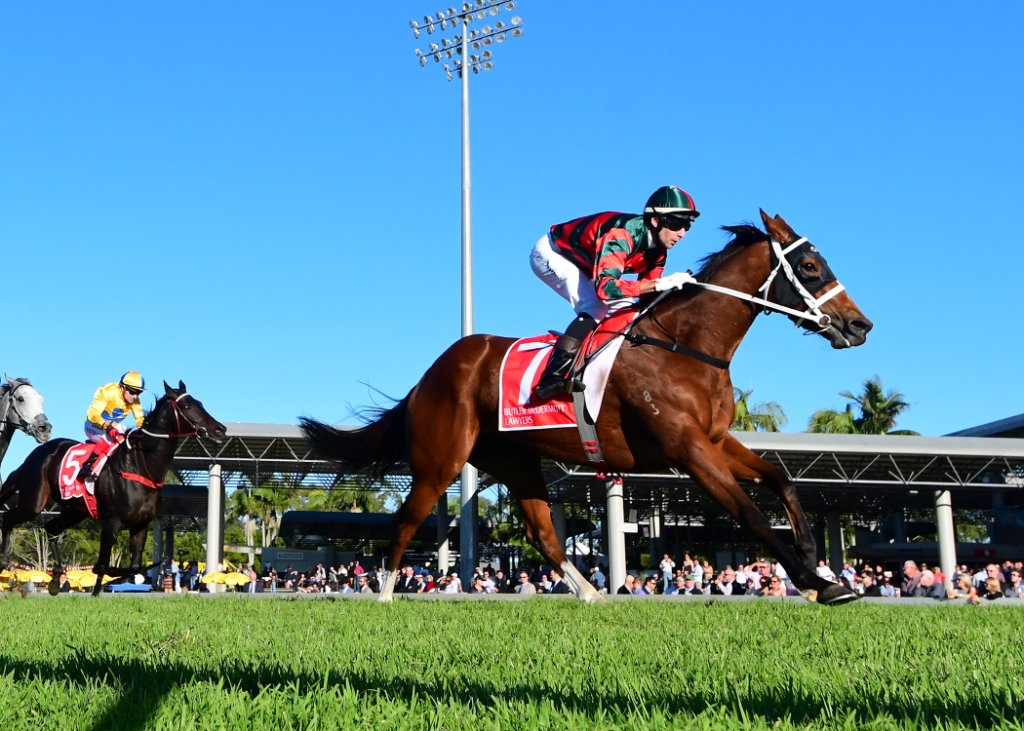 
As busy as he is at this time of year, Hermitage Thoroughbreds’ Olly Koolman will be making a third trip to Queensland in as many weeks on Saturday: this time to watch the Group One JJ Atkins Plate over 1600m at Doomben.

Last Saturday week, Koolman trekked north to cheer on as Youngstar won the Group One Queensland Oaks, the filly he had purchased on behalf of Arthur Inglis for $200,000 at the 2016 Inglis Melbourne Premier Yearling Sale.

And what a bargain Egg Tart has been. The 4YO mare by Sebring was snapped up by Hermitage for just $40,000 at the 2015 Inglis Australian Easter Yearling Sale and since gone on to win seven from 17, along with $1,115,490 in prizemoney.

Now Koolman is hoping for a three peat in the Atkins with Hermitage’s unbeaten The Autumn Sun, a pre-post favourite for the final juvenile Group One of the racing season.

The Autumn Sun was a $700,000 pick up from last year’s Easter Sale with Olly teaming up with Guy Mulcaster to buy the colt after Olly’s father, Anton, was hospitalised at the time.

It’s fair to say that the well related The Autumn Sun’s purchase price will be dwarfed by the residual if he adds a Group One to the resume, much the same as potential broodmare value for both Egg Tart and Youngstar.

“Hermitage Thoroughbreds (owned by Chinese interests) has been operating for around seven years and we purchase three to five yearlings annually – exclusively from Easter – and we’ve done pretty well so far as only one, apart from those unraced, has failed to win,” Koolman explains.

The PJ O’Shea was Egg Tart’s sixth run this time in and she will likely target the $5 million Group One Stella Artois Caulfield Cup on 20 October.

Inexplicably, she had not won in eight attempts between last year’s Queensland Oaks and the O’Shea, but appeared to be back to her very best on Saturday.

“You can tend to over analyse these things,” Koolman points out.

“For example, we were supremely confident she would win the Epsom (1600m) last spring, but she hit her head and got this huge black eye and had to be scratched.

“She’s also been unlucky in a couple of races and, leading into the PJ O’Shea, she ran a neck second to Comin’ Through in the Doomben 10,000.

“The Caulfield Cup should suit her perfectly at this stage of her career and, win or lose, I don’t think anyone is going to argue that she was worth every cent of that $40,000!”

Egg Tart is from the sorely missed King’s Best mare, Mrs Windsor – a daughter of Metropolitan winner Born To Be Queen – and was bred by Tony and Julie Brown’s Jorson Farm at Wondai in Queensland.

“Jorson foals down around a dozen each year and we prep horses for a number of sales … in fact, we got $230,000 – one of the top prices – for a Zoustar weanling at the Nationals a couple of weeks back,” Tony Brown points out.

“We’ve got 100 acres just north west of Toowoomba and look after everything ourselves, spelling for some trainers including David Vandyke who is having a terrific run at the moment.

“Egg Tart was a late foal, late November as a matter of fact, which probably didn’t help her in the sale ring, but it’s terrific to see that’s she really gone on with the job.”

Egg Tart – named by the owners after a Chinese dessert – has now been spelled and will remain in Queensland for the next couple of weeks to get some sunshine on her back. She will then heading to Hermitage Thoroughbreds’ property located south west of Sydney for a few weeks before returning to Chris Waller’s stable for her spring preparation.