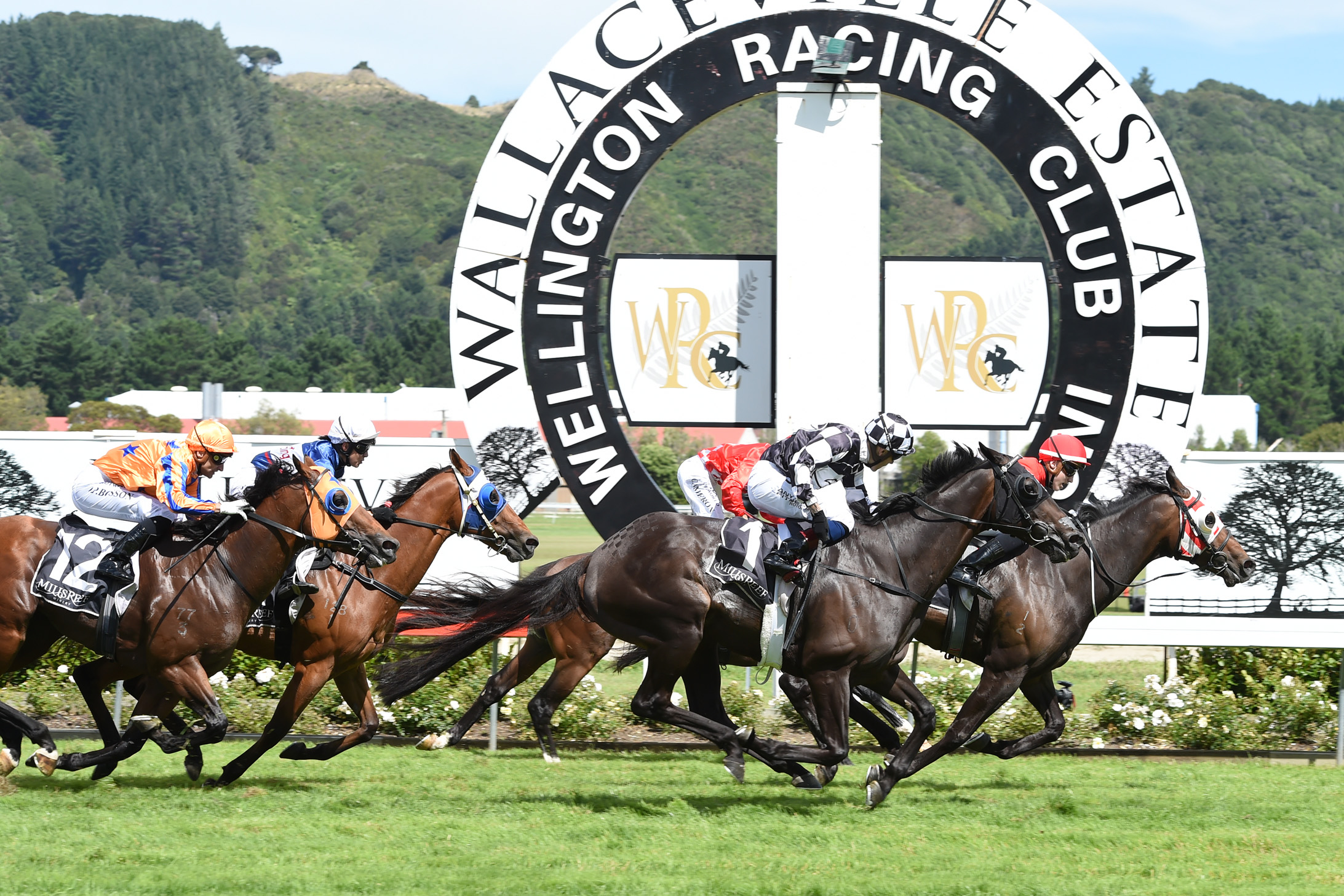 For the second time in a week, an Australian-bred has snatched a jewel from New Zealand’s racing crown, with Enzo’s Lad capturing the time honoured Group One Telegraph Handicap over 1200m at Trentham on Saturday.

Just seven days prior, Fastnet Rock colt and Group One New Zealand Derby contender, Age Of Fire, won his first race at the elite level by racing away with the Levin Classic over 1600m at Trentham.

However, while Age Of Fire was a $400,000 purchase from the 2016 Inglis Australian Easter Yearling Sale, when knocked down to heavy hitter, David Ellis, Enzo’s Lad went to New Zealand via a more circuitous route.

Bred by Reavill Farm Management in NSW, Enzo’s Lad had been sold privately to Queensland’s Royston Stud as a weanling where he would be ultimately prepared for the 2014 Inglis Melbourne Premier Yearling Sale through the Eliza Park (now Sun Stud) draft.

Former Royston Stud manager, Tim Faras, takes up the story: “He was a really nice horse, very good natured. Plenty of scope and always looked as if he’d grow into a lovely type.

“However, he had x-ray issues with his knee and that’s why we didn’t get him away.”

“It was decided to then put him through the Magic Millions National Yearling Sale and that’s where he was knocked down (to PR Stables) for $15,000,” Faras adds. “A real bargain as it turns out!”

Faras, who worked at Widden Stud for 10 years before moving to Victoria and becoming a farrier, is currently based at Challenger Farm on Jeju Island … the largest private stud in South Korea.

“I managed to watch a video of Enzo’s Lad’s race through Facebook and he really appears to have filled out a lot,” Faras reveals. “Knee problem aside, he probably just needed a little time.”

Now a 5YO and racing out of the Michael and Matthew Pitman stables at Riccarton, the Telegraph was Enzo Lad’s 20th outing, which includes five wins and seven placings.

Resuming in October with a second (beaten less than a length) after racing wide throughout, Enzo’s Lad won his first stakes race on 11 November, via the Listed Pegasus Stakes over 1000m.

Enzo’s Lad found plenty of trouble again in the Listed Hazlett Stakes – his final lead up to the Telegraph – where he finished seventh of eight, but was at his very best on Saturday, getting up in the final stride and knocking out 7-time Group One winner, Kawi.

“There’s just no better feeling that this,” co-trainer Matthew Pitman enthused. “He’s been up to the mark all the way through.

“He won the Pegasus in style and I knew if we had some luck, he could do it. He’s got a great bunch of owners and it was their choice as much as ours to bring him to Wellington. This means the world to me.”

Enzo’s Lad is from the winning Catbird mare, Sheerama, a half sister to Melbourne Group Two winner, Patpong and a daughter of the multiple Group One placed, stakes winner Rouquin.

Producing three winners in her stud career, Sheerama was pensioned last year with Enzo’s Lad being her second last foal.

Enzo’s Lad’s sire, Testa Rossa, however, is still going strong at his Vinery Stud base and has produced over 700 winners of nearly $80 million in stakes, including Group One winners Ortensia, Rostova and Testafiable.

“Testa Rossa has been a marvel at stud,” Vinery’s Adam White points out. “Year in year out he comes up with a quality runner.

“They are affordable at the sales and Enzo’s Lad is a great example of that. Testa is also a bit of a favorite for visitors we have at the farm given that many admired him as a racehorse (Champion Sprinter 1999-2000) and follow his stock closely.”