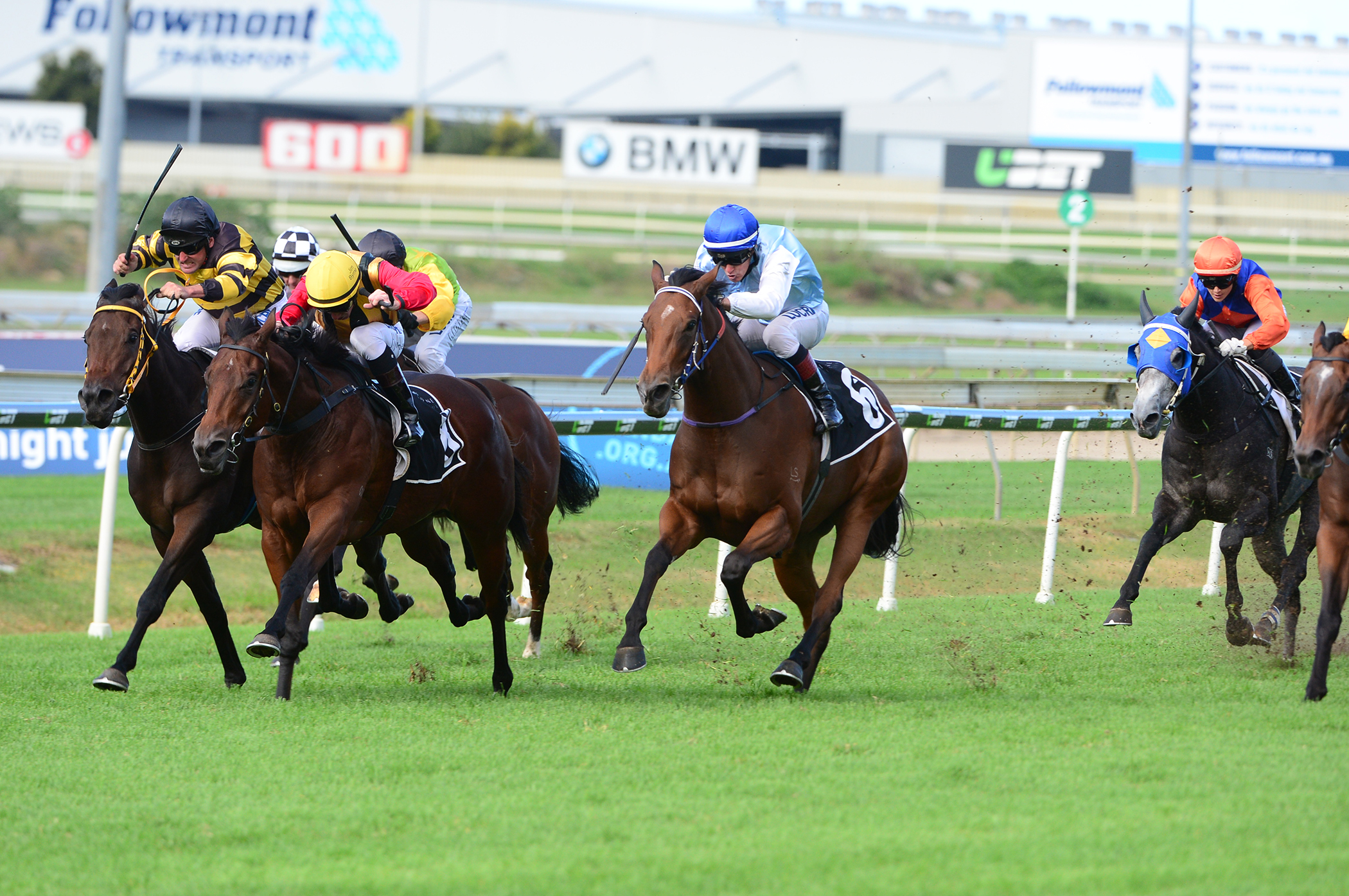 Quite a number of the Eureka broodmares date back generations and are highlighted by black typers who first saw the light of day at the Darling Downs nursery.

Tiyatrolani, winner of Saturday’s Listed Mandate Mick Dittman Plate over 1050m at Doomben, might not have heritage listing – well, not yet – but conveniently falls into a ‘10 year plan’ bracket.

“We purchased Tiyatrolani’s granddam, Matinee, from Peter Moran in 2007,” Eureka Stud’s third generation owner, Scott McAlpine points out. “She was in foal to Encosta de Lago and came from a very good family … closely related to Staging.

(Staging is the dam of Group One winner Excites and, within two years of Matinee’s purchase, both Group One BTC Cup winner, Duporth and Group Two winning 2YO, Tickets, had added substantially to the pedigree. Another close relation in blood to Matinee is Delago Deluxe, Champion 2YO Colt in South Africa and now standing at Newhaven Park).

“We offered Matinee’s Encosta de Lago filly at the 2009 Gold Coast Magic Millions Yearling Sale and she was purchased by Tony Gollan for $180,000. Eureka decided to keep a share and she was named Tiyatro.

“She ended up winning a couple of races (one in Brisbane) but was highly strung and so we sent her to stud.

“Eureka supports a number of new stallions in Queensland and we’d purchased a share in Captain Sonador, so decided to send Tiyatro to him in his second season. That resulted in Tiyatrolani.

“We offered Tiyatrolani at the 2015 Gold Coast March Magic Millions Yearling Sale but she was passed in and it was decided to race her and place the filly with Tony Gollan.

“Unfortunately, Captain Sonador died in a paddock accident after only three seasons at stud, but Tiyatrolani looks like she’ll well and truly add to his legacy.”

The Mick Dittman Plate was Tiyatrolani’s first at black type but the 3YO filly’s fourth win overall from nine starts, along with $274,250 in stakes.

“Eureka sold Tiyatro’s next foal, a Hinchinbrook filly, for $62,000 to Trevor Bailey at last year’s March (Magic Millions) Sale but I believe she’s been sold on since. They came knocking on the door for Tiyatro after Tiyatrolani won her first couple and given that we decided to keep the mare, they then went after the Hinchinbrook,” McAlpine adds.

“Tiyatro went to our stallion, Spirit of Boom for the next couple of seasons, producing two colts, and we sold the first of them to Brett Howard for $150,000 on the Gold Coast this year and the colt is now with Helen Page. Helen sent me a text on Saturday night and we’re all pretty excited. The second Spirit of Boom colt is likely to head to the Magic Millions in January, but this time with a bit more added to the family!

“I bit the bullet and decided to send Tiyatro to Brazen Beau last spring and she’s safely in foal.

“As for Tiyatrolani, we’re a bit undecided at this stage as to whether she contests the (Listed) Silk Stocking at the Gold Coast (6 May) or the (Group Three) Gold Coast Guineas.

“It’s a good problem to have.”

“Tiyatrolari is Turkish for a ‘matinee’ but the spelling somehow got mixed and so she races as Tiyatrolani,” McAlpine explains. “Doesn’t matter to her though. ‘Lari’ or ‘Lani’ … either way she’s pretty fast!”