Jim Takes To The Highway 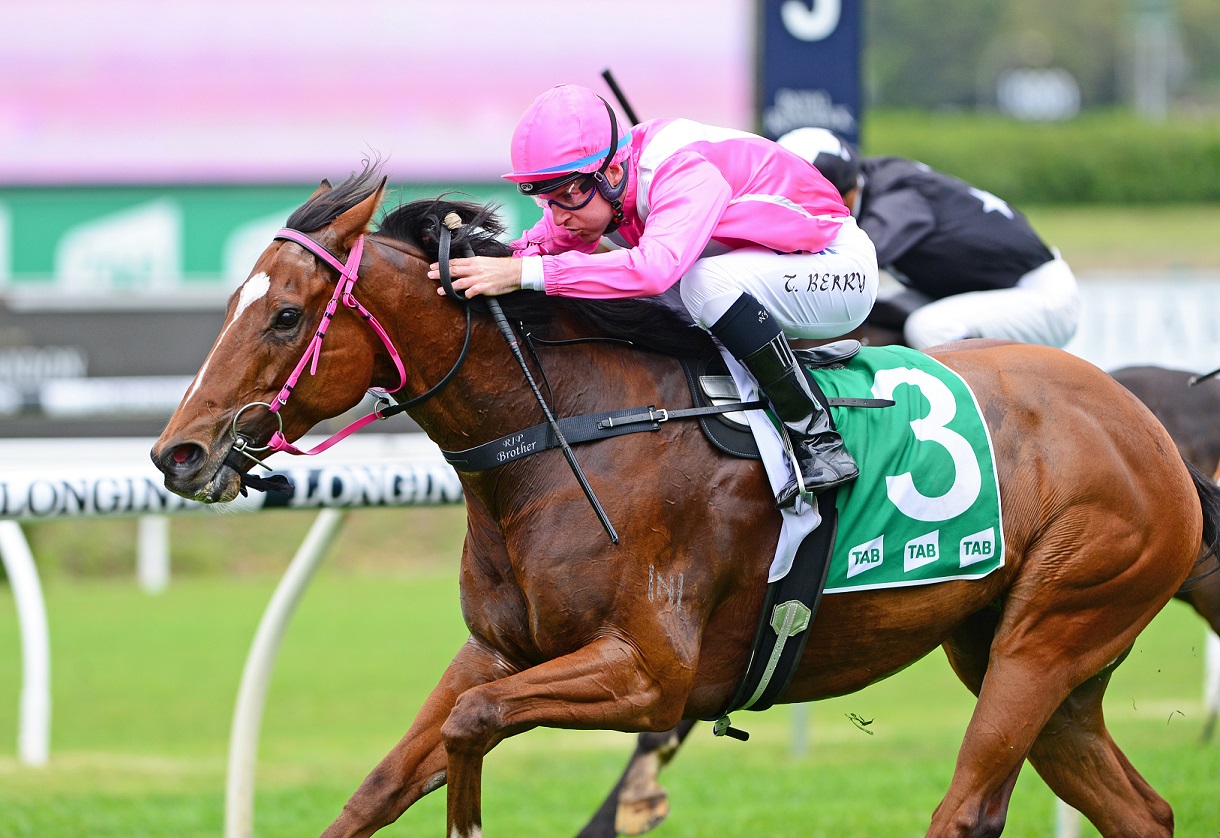 “It doesn’t matter if you win a race in the city or country – TAB or nonTAB – it’s always a great thrill to see your racing colours first past the post”.

Coffs Harbour trainer, Jim Jarvis, might be something of a ‘Lucky Starr’ when it comes down to the number of tracks he’s produced winners, but on Saturday it was the 74 year old’s turn to capture one at Royal Randwick with his astute purchase, Evopex.

Heading around in the TAB Highway Handicap over 1600m at headquarters, Evopex got up in a thriller, providing the trainer/co-owner with his first win in Sydney.

“I originally started training over 50 years ago at Pakenham, before shifting to Cranbourne when they built the training centre there,” Jarvis recalls. “I’ve never had more than 10 or 12 in work as it was always a bit of a hobby given that I also used to run a business, Construction Contracting and Earthmoving Plant Hire.

“I always reckoned it got too cold for horses in Victoria during winter, so I started to bring three or four up to the NSW north coast every year for a few months before eventually buying a farm about 20 minutes out of Coffs Harbour and moving up here full time in 2008.

“I’ve been lucky enough to have a few good horses along the way: Temperate Pug won a (Listed) Mercedes Benz for me on Caulfield Cup day, Mr Gold Fire’s won a Coffs Harbour Cup, Ballina Cup, Lismore Cup and a couple of Taree Cups, while Plateau Gold (12 wins and 12 placings for nearly $400,000 in stakes) goes alright too.

“Still, it was great to get my first win in Sydney with Evopex.”

A 5YO son of Northern Meteor from the Theatrical mare, Emotivity – closely related to Irish Champion Cityscape – Evopex was initially offered at the 2014 Magic Millions National Weanling Sale where he was passed in for $90,000, only to then be dispatched to Sydney and the 2015 Inglis Australian Easter Yearling Sale, bringing $165,000 courtesy of a bid from Dean Hawthorne Bloodstock.

Racing for leading owner, Jonathan Munz and trained by Peter Morgan, Evopex won one from nine before again being offered for sale, this time at the 2018 Inglis Melbourne Autumn Thoroughbred Sale, where he was knocked down to Jarvis for $33,000.

Since then, Evopex has won twice at Coffs Harbour, third at Grafton, fourth at Randwick and now a win at Randwick. Close to $70,000 since the sea change.

“I had seen a video of Evopex racing and contacted both Jonathan Munz’s racing manager and Peter Morgan’s stable,” Jarvis explains. “You can often pick up a bargain at those ‘dispersals’ and he really is a fantastic horse for us.

“I’ve got 12 in work with Kristine – my wife and foreperson – and together we are the stable’s biggest owners, given that we own half of them!

“Evopex might go to Brisbane but I also might tip him out for a while and bring him back for the regional heat of the ($500,000) Country Championships in February. He was purchased with the Championships in mind, so who knows? Doesn’t really matter … it’s all about having a good time.”

Evopex’s breeder, Jenny Watson, has been having a good time of it recently too.

With just 10 mares on her Macleay Thoroughbreds spread at Launceston in Tasmania, Watson has not only bred Evopex, but dual Group One winner and sire, Palentino as well.

“I managed to get Evopex’s dam, Emotivity for just $20,000 at the 2013 Inglis Australian Easter Broodmare Sale and she was carrying Evopex at the time,” Watson recalls. “It was only a couple of months later that Northern Meteor’s progeny started coming out and winning some really big races. You’ve got to get lucky some times!

“I sold Evopex privately out of the paddock, shortly after he was weaned, I then sold Emotivity’s Foxwedge colt at the 2015 Great Southern, her Toranado weanling at the Great Southern in 2017 and, while she missed last year, she’s been covered recently by Palentino at Sun Stud and is in foal.”