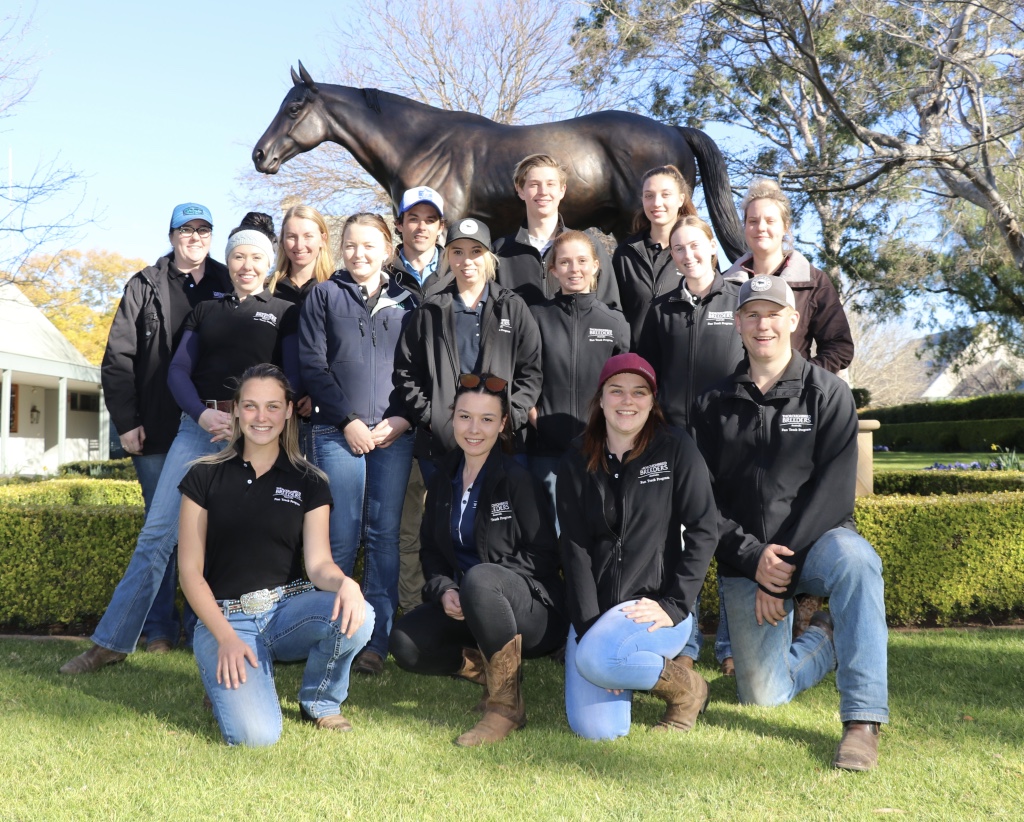 One of the most serious problems facing the thoroughbred breeding industry has, and continues to be, a shortage of skilled staff.

However, this was only a temporary measure and TBA has gone on the front foot by introducing the ‘Fast Track’ training program, specifically designed to ‘skill up’ domestic workers: not only easing the burden on Australian stud farms, but also introducing many new people to an exciting and rewarding profession.

This week will see 15 trainees enter the workforce around Australia, with participating farms including Sledmere, Godolphin, Kitchwin Hills, Davali and Holbrook in NSW’s Hunter Valley, along with Three Bridges Farm in Victoria and South Australia’s Mill Park.

The group has spent the last three weeks at Scone TAFE (one of Australia’s largest vocational education and training providers), studying the theoretical side of the industry and will return to TAFE in November for another three week training block as they work toward achieving a Certificate III qualification in Horse Breeding.

But for the next three months, trainees will get to experience all the finer aspects of farm life. The timing is not coincidental. Spring is by far the most intense period for Australian stud farms with mares foaling down and stallions covering, in many cases, large books.

“Farms across the country are finding it increasingly difficult to source good workers so we felt TBA should take a leadership role in recruiting these people,” TBA CEO Tom Reilly points out. “The course was designed to create a career pathway for those who already had a background with horses, but maybe didn’t know that breeding could provide them with a job.”

Third generation breeder – Newhaven Park’s John Kelly – is another to fully endorse the Fast Track program and was, in fact, involved with the trainee selection process: “I think the course will prove invaluable for the breeding industry. I’ve no doubt that Fast Track has been able to attract youngsters by creating a pathway and the TBA has ensured all participating farms are going to make an effort to develop these trainees and bring them along so that they stay in the industry for the long term.”

There is little question that Australia is at the forefront of international breeding – the second largest in the world behind North America – and should also be recognised for its contribution to the regional economy. Aside from thousands of jobs it directly provides, ancillary industries such as transport, fodder, fencing and insurance rely on the continued health and wealth of thoroughbred breeding and racing.

Furthermore, we are the breeders of the #1 racehorse on the planet in Winx; an Australian bred in Merchant Navy won arguably the world’s most prestigious sprint race – the Diamond Jubilee at Royal Ascot – and; encouragingly, locally sourced gallopers made a clean sweep of Australia’s eight Group One Classics in the season just completed.

Australia’s horses are renowned for competing against the best: the Fast Track program is designed to ensure that our staff can do the same.