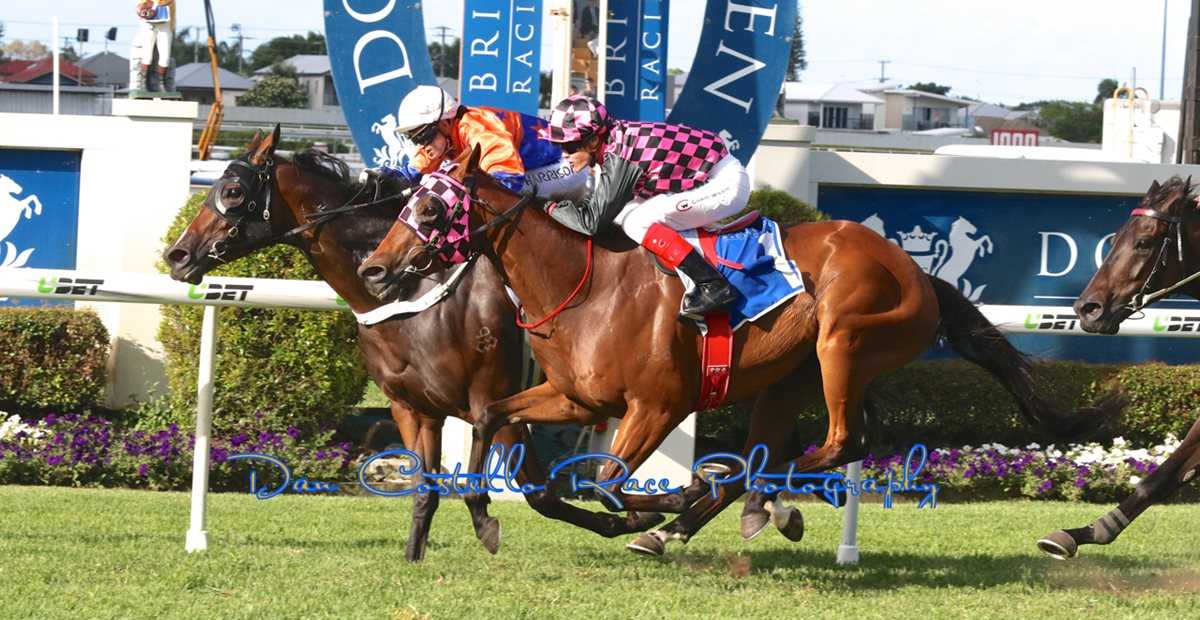 The victory of the Tony Gollan-trained four-year-old will now see the mare aimed towards a possible lucrative pay day in the $1 million Magic Millions Trophy (1800m) at the Gold Coast on January 9.

A three-quarter length second to Amicus in last season’s Group 1 Thousand Guineas (1600m) indicated that  Traveston Girl (pictured above) had her fair share of quality, but it has been as a four-year-old that she’s really taken it to the next level with back to back stakes wins for connections.

Having to draw on every ounce of determination as the finishing line was nearing; Traveston Girl prevailed by a head margin from Robert Heathcote’s Hopfgarten.

“It was a really good win and says a lot about her courage,” Gollan said.

Likely to have her next start in the Listed Bernborough Handicap at Doomben in a fortnight before the $1 million Magic Millions Trophy, trainer Tony Gollan is using the Trophy as a guide to her Winter carnival prospects.

Bred on the exact same Flying Spur/Dehere cross as Group 1 Golden Slipper heroine Forensics, Traveston Girl is the fourth foal and fourth winner out of Milande, an unraced half-sister to the triple Group 1 winner Defier, from the family of the Champion filly Triscay, who is interestingly from the same family as Godolphin’s impressive two-year-old Astern (Medaglia d’Oro), a winner of the opening race at Rosehill on Saturday (below).

Bred by Arrowfield Stud, Planette Thoroughbreds and Belford Productions, Traveston Girl was secured from the draft of Arrowfield Stud at the 2013 Magic Millions yearling sale for $60,000.

Raced by Troy Schmidt’s River Junction Racing, the record of the mare now stands at four wins and four placings from 14 starts and over $310,000 in prizemoney.

Milande is now owned by River Junction, with the current two-year-old She’s A Youeffoh (Starcraft) in the stable of Gerald Ryan.

The current yearling is a colt by All American and the mare has produced a filly by Champion Three-year-old All Too Hard this season.