Fox Swift Rose To The Occasion 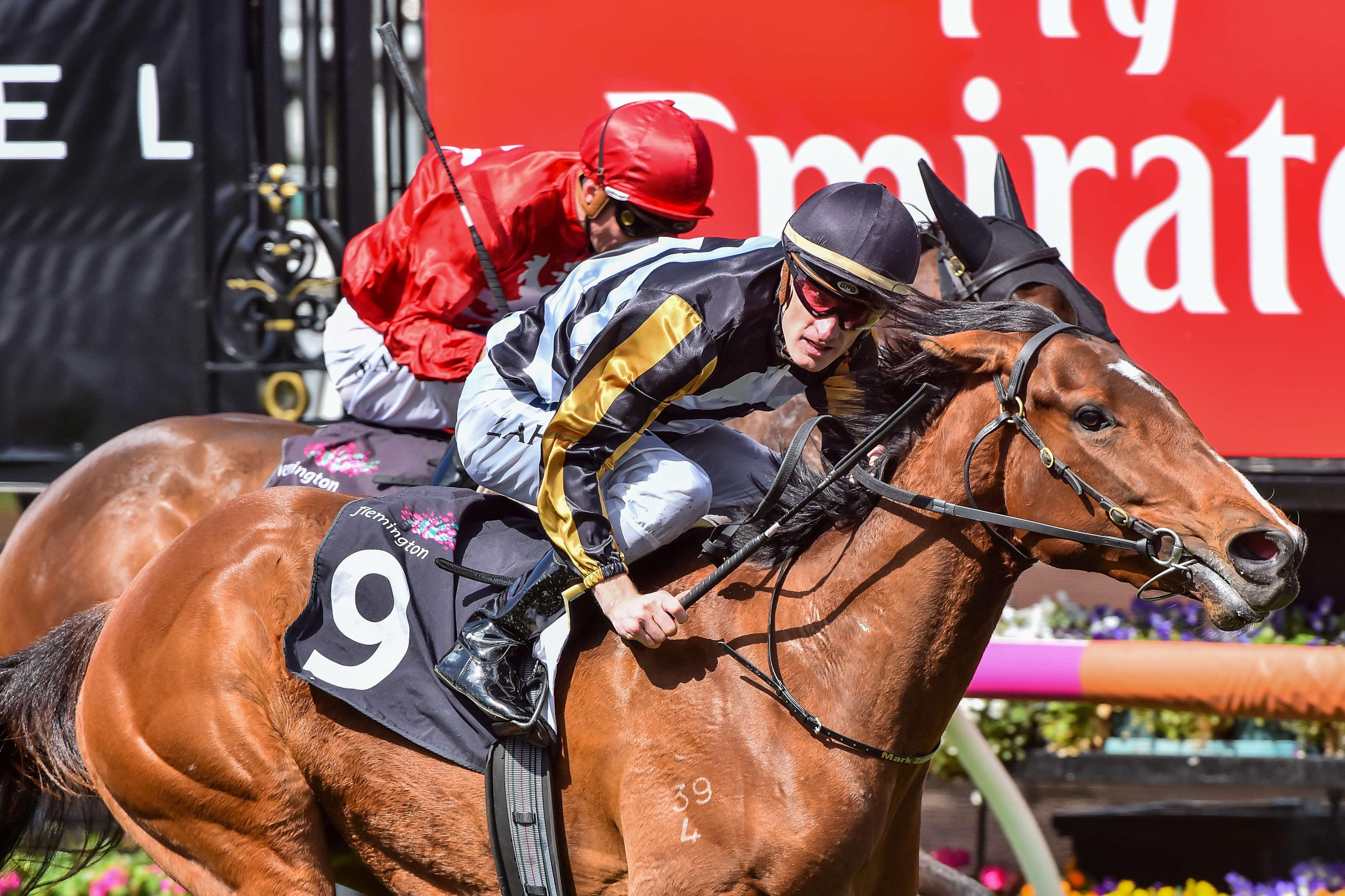 It was understandable that Anthony Mithen was a tad more focussed on True Excelsior rather than Fox Swift in Saturday’s Listed Cap D’Antibes Stakes over 1100m at Flemington.

After all, True Excelsior races in the colours of Mithen’s family-owned, Rosemont Stud and, despite racing greenly down the Flemington straight, the 3YO looked a good chance for at least a third.

Any placing in a black type race is like gold to a filly’s pedigree, but True Excelsior will have to fight another day given that she was just lipped out for fourth.

Albeit licking his wounds, Mithen was quickly informed by Rosemont Racing Manager and former Champion trainer, Peter Moody, that Fox Swift had been purchased by Moody from the Rosemont draft for $80,000 at the 2016 Inglis Melbourne Premier Yearling Sale.

“Straight after the race, ‘Moods’ turned around to me with a big smile and said ‘you do realise you sold me the winner’,” Mithen says with a laugh. “He (Peter Moody) really liked Fox Swift as a yearling and I have to say she was a cracking type.

“Fox Swift was bred in partnership by John O’Shea and his wife, Isabelle, and they decided to put her through our draft in Melbourne.

“She (Fox Swift) is from the second crop of Foxwedge and, while he’s since gone on to produce a Group One winner in Foxplay, a multiple Group winner in New Zealand in Volpe Veloce and, for that matter, last year’s Cap D’Antibes winner, Kentucky Miss, the fourth season for any stallion is tough.

“Based on type, I actually thought she’d make a lot more than $80,000, but to John (O’Shea)’s credit, he and Isabelle stayed in the horse and it’s worked out well for them.

“When Moods retired from training, the filly went to Ciaron Maher and he was quick to invite us into the winners’ room after the race to watch the replay and have a drink.”

Maher was undecided as to where Fox Swift will head to next, but was clearly impressed by the filly’s effort: “She’s a very adaptable filly … an easy horse to ride and easy to train,” Maher enthused. “She could get out to 1400m but it’s great to get that elusive black type.”

Although Fox Swift still has to shed much of her winter coat, Maher was reasonably confident coming into the Cap D’Antibes, particularly after her second to Blondie at Sandown at the end of August (Blondie subsequently finished second in the Listed Atlantic Jewel Stakes on 9 September).

Fox Swift has now raced on five occasions for two wins and two seconds, banking $99,480 in the process.

The sixth stakes winner for the Newgate Farm based, Foxwedge, Fox Swift is out of the multiple winning Starcraft mare, Runway Runaway, in turn a daughter of Champion 3YO Sprinter, Pay My Bail and a half sister to Sydney stakes winner, White Sage. Others close up in the pedigree include Wellington Cup winner, Megapins.

HOOFNOTE: Apart from being good mates and closely associated at Rosemont, Moody’s daughter Breann plays for Carlton in the burgeoning women’s AFL competition, while Mithen’s 19 year old daughter, Lily, is an integral member of the Melbourne squad.