France’s Guineas A Gift For Newhaven And Newgate 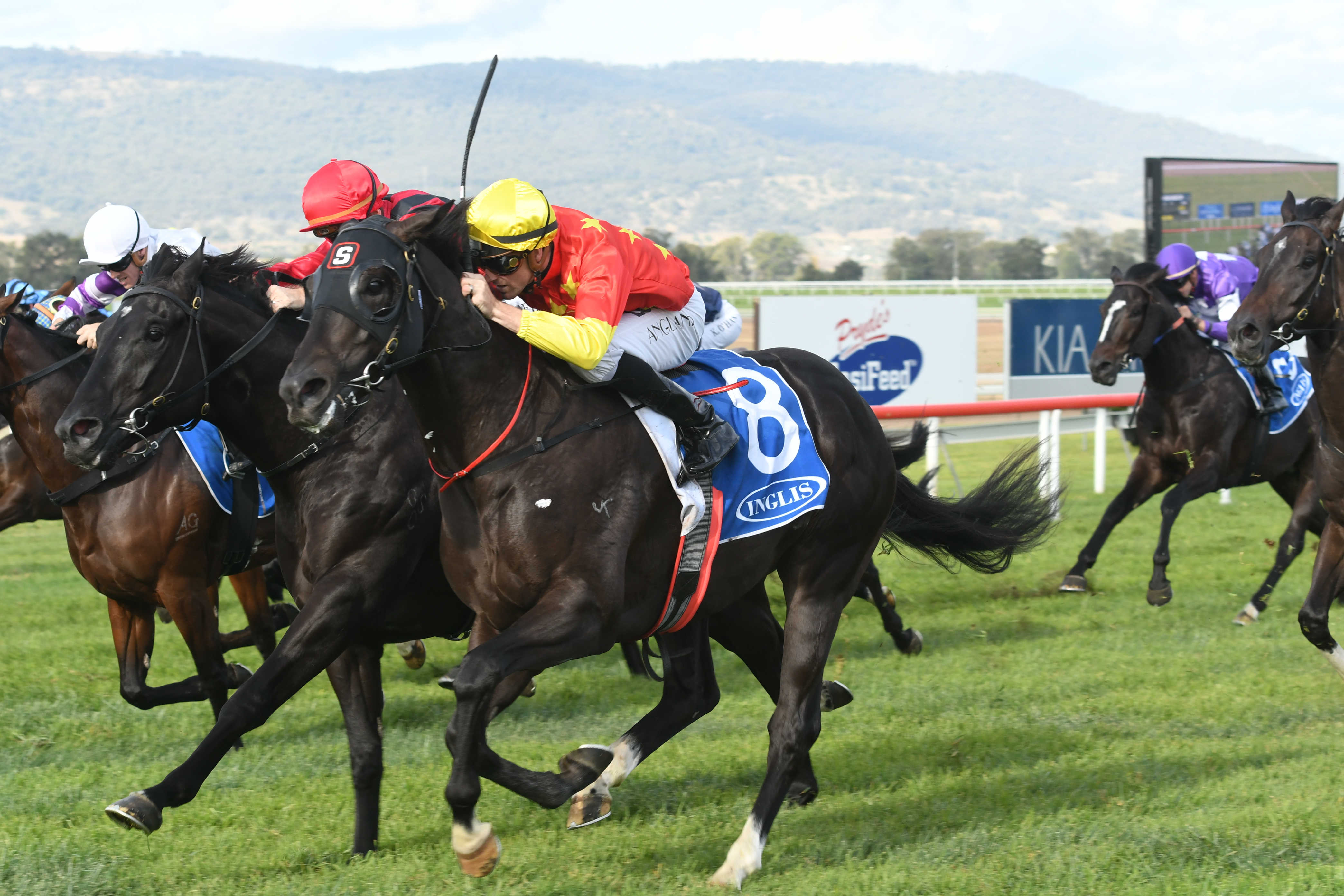 Newhaven Park’s Tom Kelly is not likely to ever forget his wedding anniversary.

Which is a good thing.

On 13 May 2016, Kelly and his wife celebrated 10 years of marriage only to be hit by a curve ball later in the day when their prize mare, Peeping – winner of the Group One Coolmore Classic just two months earlier – had died.

Roll the clock forward to 13 May 2017 and the news was decidedly more upbeat when Kelly’s colt, France – a full brother to Peeping – captured the $400,000 Inglis 3YO Guineas in Scone and appears poised for a successful stint in Brisbane for the winter carnival.

“All I know is that I prefer this year’s news to last year’s!,” Kelly points out. “Peeping had an infected hock after the Coolmore and while we all thought she was over it, the next thing she gets a bout of colic and dies.

“France has been a great tonic for us though … that was a very good run on Saturday. I think he caught us all a bit by surprise with his turn of foot and it was a tremendous effort. Especially as he was drawn wide and against such a quality field.

“I’m pretty confident about his chances in Brisbane.

“After he (France) was sold to China Horse Club and Newgate Farm for $475,000 at the 2015 Inglis Australian Easter Yearling Sale, they asked if Newhaven would like to keep a share in the horse and we agreed. I’m certainly glad we did.

“It’s a very good family … not only has Miss Marielle (by Encosta de Lago) produced both Peeping and France, she was a 4-time stakes winner in her own right and a three quarter sister to Group Two winner and (Group One) CF Orr runnerup, Eurozone.

“Newhaven Park sold a More Than Ready colt from Miss Marielle to Vinery Stud for $500,000 at last year’s Easter and he is evidently showing a lot of promise with Mick Price … hopefully it’s another Samaready for them.

“Miss Marielle currently has a weanling filly by Medaglia d’Oro and she’s now back in foal to him.”

While Kelly will happily settle for something much less ‘newsworthy’ for his next wedding anniversary, Henry Field said France’s Inglis Guineas win continued a great run for Newgate Farm in 2017.

“We also had Tangled (by Snitzel) win the Group Two Moet Champagne Classic for us at Doomben on Saturday and, like France, is very well bred,” Field enthused. “Tangled appears to have a very promising future and is a real contender for the (Group One) JJ Atkins in June, while France is likely to join him in Brisbane … perhaps for a race like the (Group Two) Queensland Guineas.

“France is only lightly raced – that was his sixth start on Saturday – and his only two bad runs to date were on terrible surfaces. He had to come from a wide barrier at Scone but it was a good track and he showed what he can do.

“Apart from his great female side, the Redoute’s Choice factor is right in France’s favour for him to develop into a stallion prospect.”