From Paddock To The Stage: Godolphin Awards Highlight Dedication 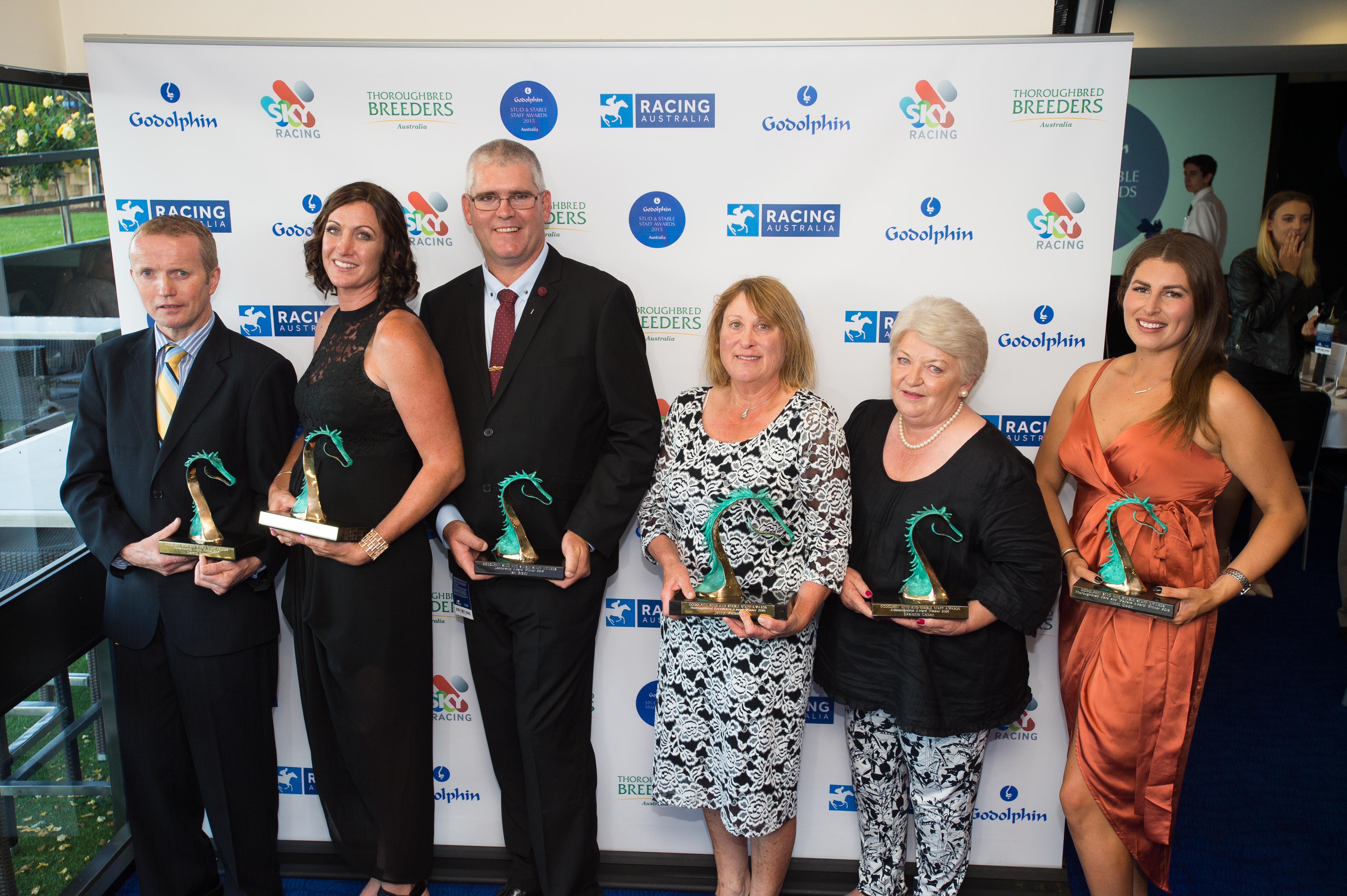 Jenny Watson would be the first to admit she does her best work under lights: usually in the dead of night during a chilly Tasmanian winter and spring.

Watson has looked after all of the foaling at leading Apple Isle nursery, Armidale Stud, since 1981 – “straight out of ‘Ag’ college” – and, by her own admission, is more used to the peace and quiet of a paddock than the lights of a city racetrack on Friday night.

However, Watson has now stepped into the limelight, deservedly, as winner of the ‘Dedication to Breeding’ gong, which forms part of the popular Godolphin Stud and Stable Staff Awards presented at Moonee Valley racecourse last week.

“I was really honoured and more than a little surprised to firstly get nominated, then to become a finalist and eventually to win it … all very exciting,” Watson reveals. “It was a tremendous night and great to catch up with and meet so many people. They really looked after us all and, I have to say, the champagne was flowing pretty freely.

“For me it’s icing on the cake and there’s something wonderful about getting an award for doing what you love … full marks to Godolphin and all the others involved. It’s really special.”

While the ‘Dedication to Breeding’ acknowledgement went Watson’s way, five other winners took home trophies on the night:

Vinery’s Adam White was quick to weigh in about Melanie Caban’s recognition in the Administration category: “It was great see Melanie win this award and receive much deserved recognition of the work she has done over last 30 years.

“There are, of course, many similar people working in this great industry … a lot of them are out of the spotlight, yet work extremely hard to assist their employers and respective clients to achieve the desired success, both in the sale ring and on the racetrack. Operations like Vinery rely on people working as a team and Melanie is certainly an important member of our operation.”

Meanwhile, Watson hasn’t spent any time resting on her laurels and was out carting hay when contacted on Sunday afternoon: “It’s been a big year … I was given an Industry Recognition Award from the Tasmanian Racing Club for breeding Palentino who won the (Group One) Australian Guineas in March and the (Group One) Makybe Diva in September. The two awards should sit nicely together on the shelf.”

Tom Reilly, CEO of Thoroughbred Breeders Australia – a joint sponsor of the Godolphin Stud and Stable Staff Awards – congratulated Watson and the other five winners on their achievement: “Thoroughbred Breeders Australia is proud to be a part of these awards which really do go a long way to recognising the largely unsung heroes of our industry. People like Jenny (Watson) do a terrific job and full marks to her for not only 35 years of dedicated service, but also for breeding a multiple Group One winner from her state of Tasmania.”