Get Your Shoes On – Golden Times Ahead For Singapore 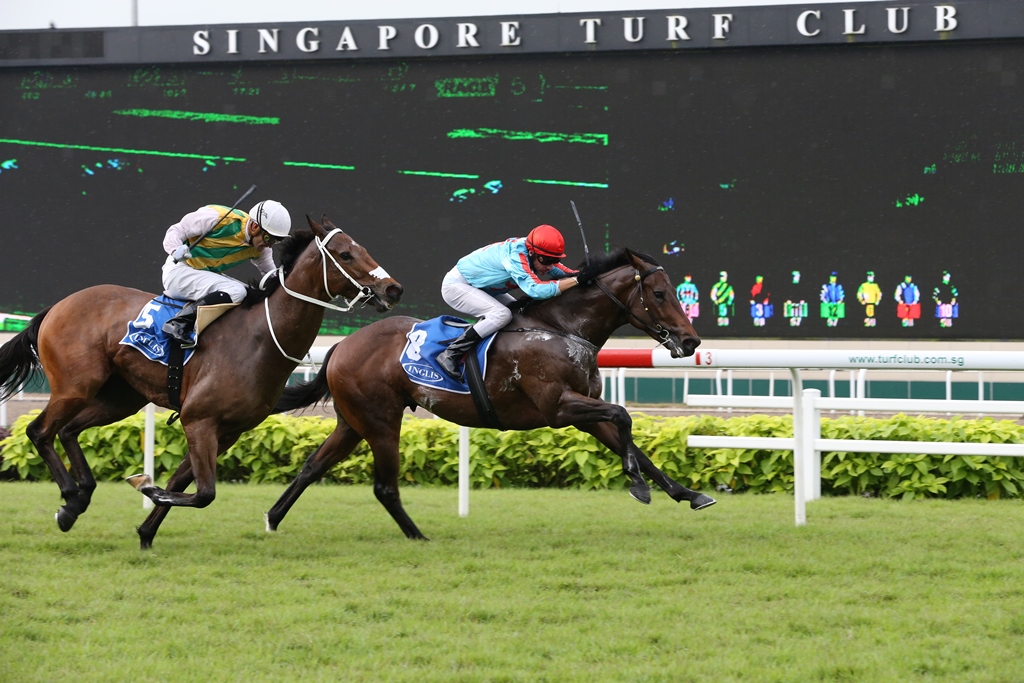 The depth of Australian-bred, juvenile talent was again on show in Singapore on Sunday with I’ve Got A Feeling capturing the Inglis Ready2Race Sale Stakes, the fifth leg of the Aushorse Golden Horseshoe Series.

This has been some series for Australian-breds…the first and third legs were taken out by Congrats youngster, Jupiter Gold, the fourth by Macarthur (Charge Forward) and, on Sunday, the fifth with I’ve Got A Feeling.

A son of the Champion stallion, Encosta de Lago – who has now produced 30 winners in Singapore from only 38 runners – I’ve Got A Feeling was stepping out for just the second time, but put in a sterling performance to edge clear of rivals.

Trained by Shane Baertschiger, I’ve Got A Feeling led from start to finish and clearly has a promising future.

I’ve Got A Feeling is out of the Singapore Horse of the Year, Zirna, and is a half brother to five other winners including Sydney Group winner, Crafty Irna.

All eyes are now focussed on the final – the $S325,000 Group Two Aushorse Golden Horseshoe – at Kranji on Friday 8 July and it’s shaping as a great contest for the Aussie expats.